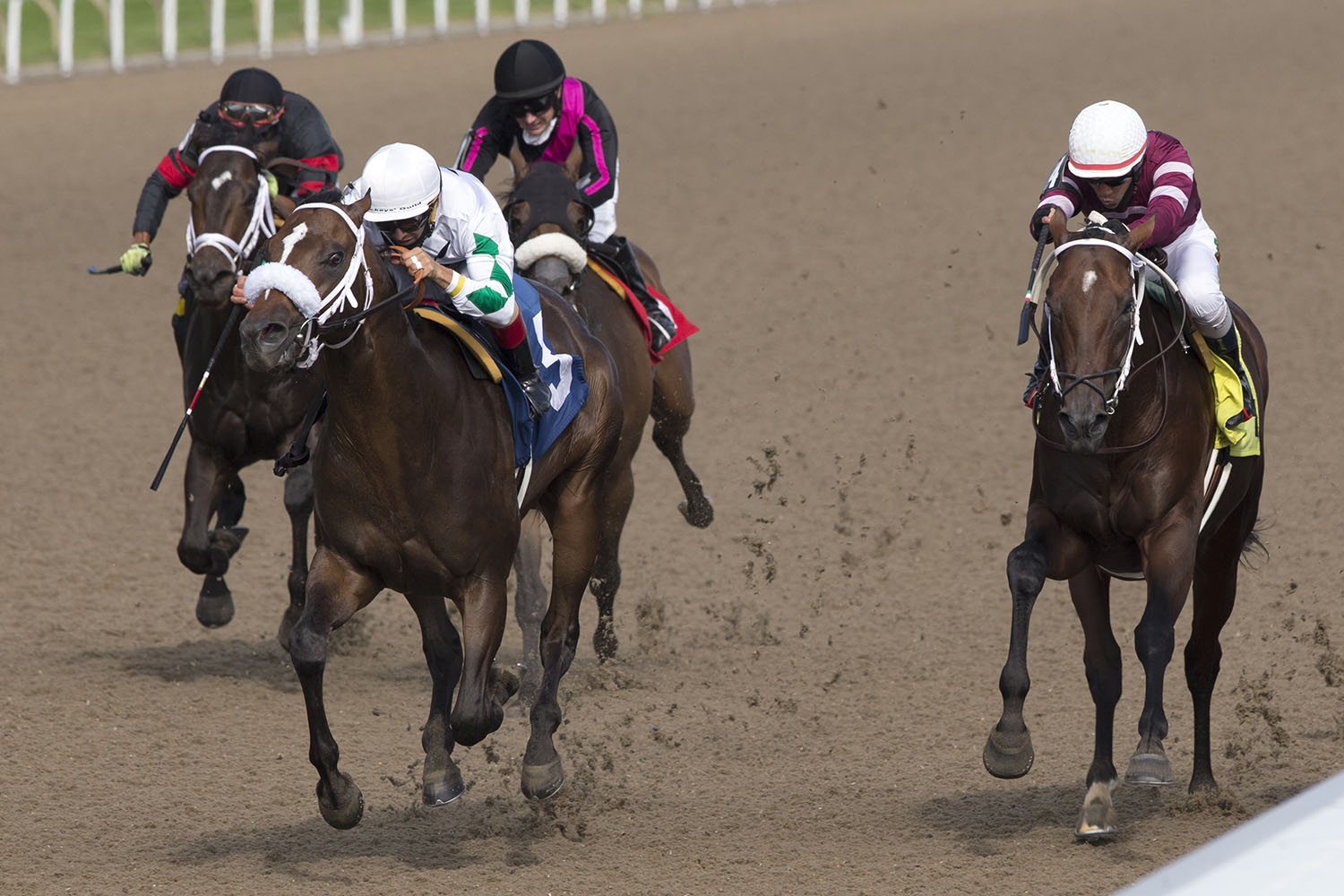 TORONTO, August 15, 2020 – Clayton, a son of 2012 Arkansas Derby winner Bodemeister, dug deep to fend off a pair of stubborn foes in taking the $150,000 Plate Trial Stakes, Saturday afternoon at Woodbine.

The road to the Queen’s Plate – set for Saturday, September 12 – is heating up.

A field of six Canadian-foaled three-year-olds took to the Toronto oval Tapeta in the 1 1/8-mile Plate Trial, the traditional prep for the first leg of the OLG Canadian Triple Crown.

Dotted Line, one of three (Elusive Knight and Northern Thunder were the others) Sid Attard trainees, assumed command early, joined to the outside by Queenston and Coronation Futurity Stakes champ Halo Again. Clayton, the 3-5 choice, tracked along in tandem with outsider Glorious Tribute.

Justin Stein had Dotted Line a half-length in front of Halo Again after a half-mile reached in :49.31, as Clayton and Glorious Tribute continued to rate just off the pacesetting pair.

As the field made its way into the final turn, Rafael Hernandez, aboard Clayton, asked the Kevin Attard trainee for his best run as the front-runners braced for the challenge to his inside.

Mid-way down the stretch, it appeared Clayton would power past his rivals, but both Dotted Line and Halo Again refused to give up the fight.

At the wire, Clayton, owned by Donato Lanni and Daniel Plouffe, was a half-length the best, while Halo Again outdueled Dotted Line by a head for the runner-up spot. Glorious Tribute, Elusive Knight and Northern Thunder rounded out the finish. 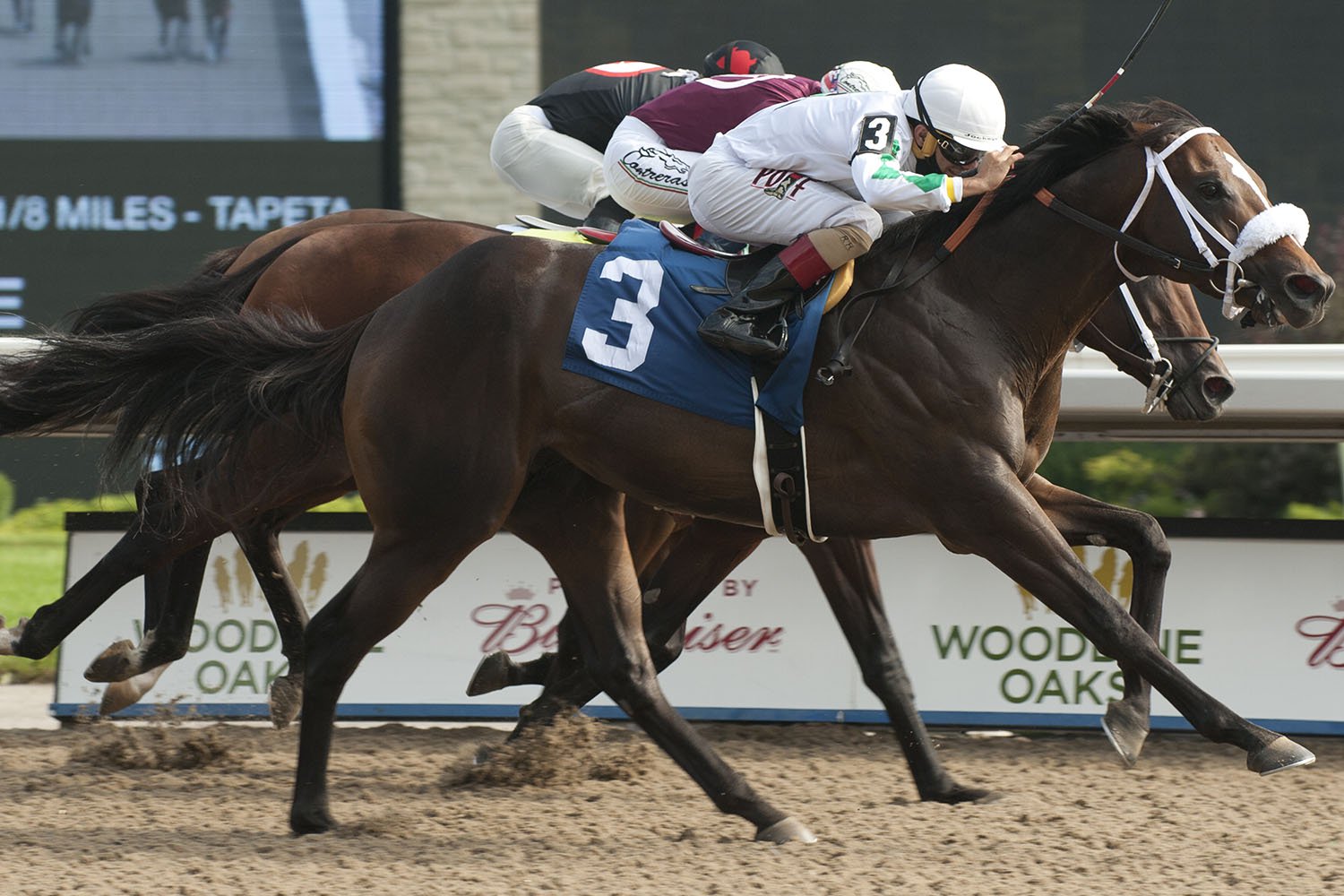 “He loomed up like he was going to kind of kick on like he did in his last race and obviously they kind of kicked on with him and made it a good fight to the finish,” said Attard, in search of his first Queen’s Plate crown. “So, we’ll kind of watch the replay, see how he comes out of this race and take it from there… see if there’s any adjustments that need to be made. Obviously, this is just kind of one step in the right direction, but I don’t want to be remembered as the Plate Trial winner.”

It was the third win – accompanied by one second – in four starts for the colt bred by Bernard and Karen McCormack. The Plate Trial represented Clayton’s first stakes engagement.

“Thank God and thank Kevin and the owners for the opportunity to ride the horse,” said Hernandez. “I thought it was going to be more easy. There was a little trouble early in the race; I tried to settle down the horse, he just wanted to go. After the two horses got in front, he dropped the bridle and settled down and I was more confident in the backside about him.”

Next up, a date in the $1 million Queen’s Plate, North America’s oldest continually run stakes race.

“Obviously, everybody dreams of running in the Plate and sometimes you’re taking just a hope and a prayer to kind of go in there and hope the stars align for you,” said Attard. “Obviously, this situation’s a little different, we’re going in with one of the favourites and we know we’ve kind of got a good shot to maybe take it all, but there’s going to be more shooters coming and it’s not going to be easy.” 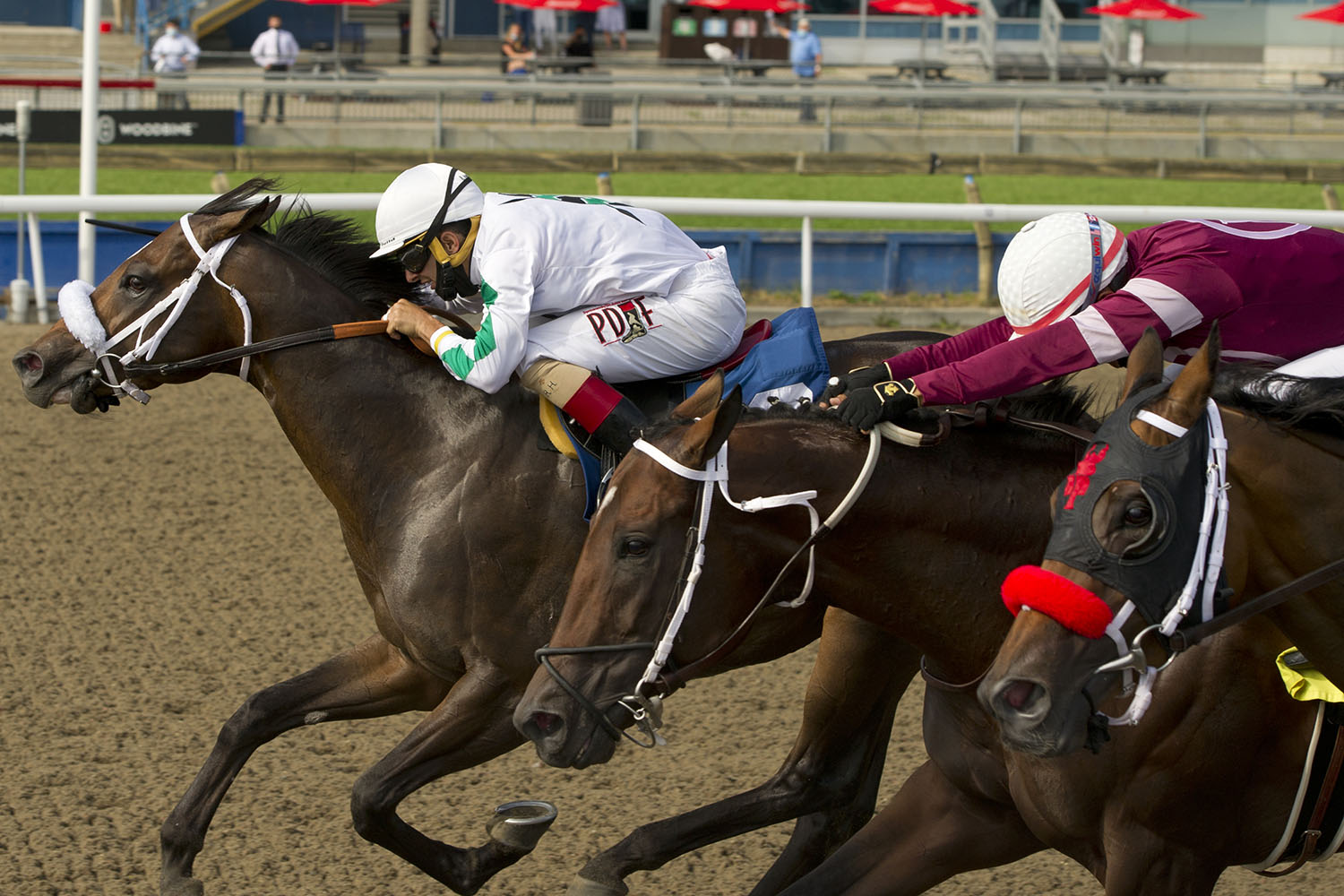 Fans can track the Queen’s Plate Power Rankings on queensplate.com, the official website of the race, and on Woodbine Entertainment’s social media platforms via @WoodbineTB.