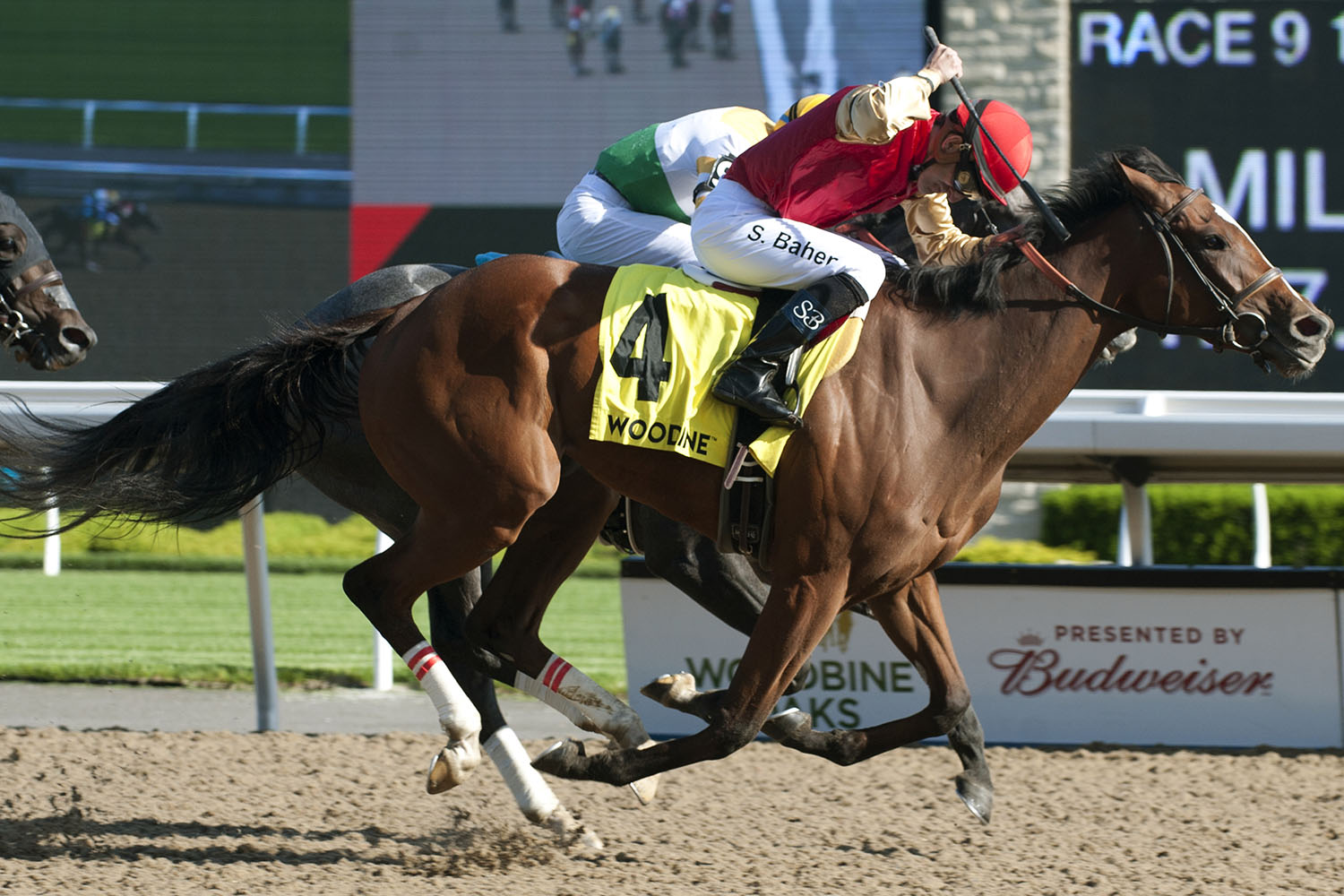 TORONTO, June 8, 2019 – Last of 10 through the first quarter, Desert Ride circled the field to win the 64th running of the $500,000 Woodbine Oaks Presented by Budweiser, the first leg of the Triple Tiara for Canada’s finest three-year-old fillies, on Saturday at Woodbine.

Steve Bahen worked out the winning trip in the 1-1/8-mile feature aboard the Sam-Son Farm homebred, who reeled in the dueling front-runners Intanga Rose and Speedy Soul then collared late leader Bold Script at the wire in 1:50.43.

“I’ve watched her races and she’s come from behind,” said Bahen, who was partnered with the Neil Howard trainee for the first time in her four starts. “Neil said just get her settled in and try to give her a good trip. Down the backside, it looked like I’m going to get out now and give her a shot to run at them, and I started a little early with her, but when she turned for home, she gave me a huge run like she did in her previous races.” 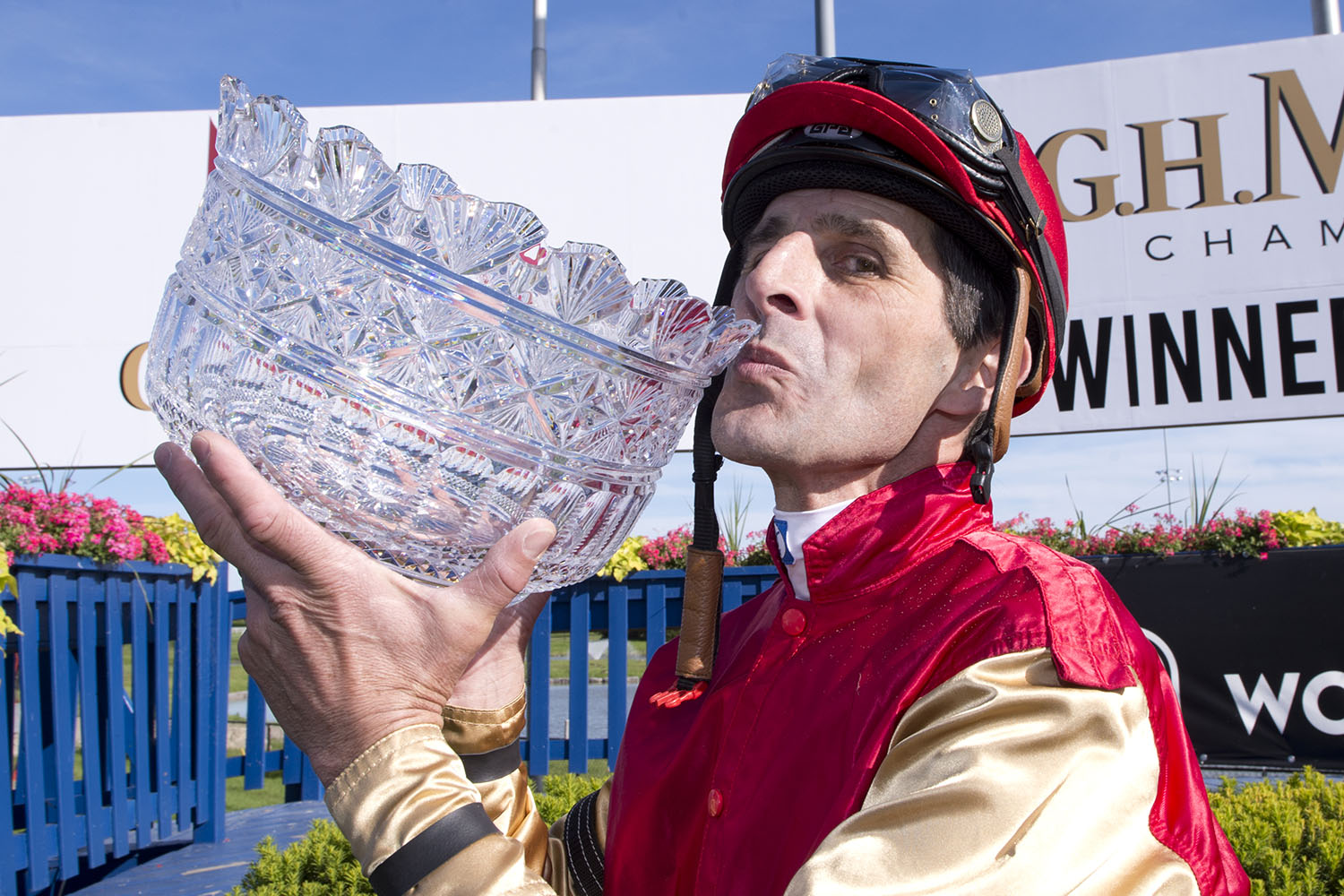 While Desert Ride was gearing up for her big stretch run, Intanga Rosa, who set panels of :23.48, :48.01, and 1:12.55, was confronted by Speedy Soul in the final turn and those two engaged in a head-to-head battle at the top of the lane.  Bold Script, who had followed in mid-pack, swept past the pair with a furlong to go, but Desert Ride was closing with a fury and got up in time to score the victory by a neck. Speedy Soul edged out Intanga Rose for third.

The daughter of Candy Ride out of Fun in the Desert was making her Woodbine debut and is now a three-time winner from four starts. The lightly raced filly has finished no worse than second.

“A fantastic filly from a fantastic family and we’re just so happy to be back up here again,” said Rick Balaz, President & General Manager of Sam-Son Farm. “It’s been a little while for us and it’s pretty exciting. We’ll see where we go next with her, but hopefully she’s got a great future.”

Whether the $1 million Queen’s Plate (June 29) is in her future has yet to be determined.

“If I’m taking a line from the Raptors, you play it one game at a time and we just got this one on the scoreboard and we’ll see how she comes out of it and then we’ll have a conversation as we always do about what to do next,” said Sam-Son Farm’s CEO, Mark Samuel. “But we’re very excited by her and we love our good fillies.”

“She’s a lovely filly,” echoed Howard. “The mile and an eighth was obviously something that we were looking forward to and she needed every bit of that. We couldn’t be more thrilled as Mr. Samuel and Mr. Balaz said. She’s just a just a lovely filly, easy to train and the boy [Bahen] rode her beautiful.”

The Woodbine Oaks has served as a stepping-stone for the fairer sex to the Queen’s Plate with recent winners of both races including Holy Helena (2017), Lexie Lou (2014), Inglorious (2011) and Dancethruthedawn (2001). Last year, Oaks runner-up Wonder Gadot went on to win the Queen’s Plate.