Check out the past Queen’s Plate style guides and get inspired!

No need to travel the world in search of the perfect hat or fascinator. Toronto’s own David Dunkley Fine Millinery has been the first and only Official Milliner of the Queen’s Plate for the past 10 years. Each year, David creates unique, breathtaking couture collections that have been worn, admired and talked about by many year after year. This year, David has drawn his inspiration for the 2022 collection from the past decade of designing Queen’s Plate couture looks. David named his new QP22 collection “TEN”, inspired by his 10 year creative journey to “follow your dreams”

David, an international award-winning milliner, is elevating headwear to new artistic heights through his commitment to traditional millinery techniques and with his flair for distinctive design. His bespoke millinery studio, is a sanctum of style where you receive unparalleled personal attention.

Whether daring or demure, each of David’s hats is handcrafted, using time-honoured techniques of blocking, forming and embellishment. David’s inimitable vision offers patrons a new take on classic styles in every design, from breathtaking bridal millinery to Ascot-worthy creations.

The Reklaws are a one-of-a-kind duo made up of siblings Jenna and Stuart Walker, proud to bring the party to every stage they stand on. The Reklaws found breakout success with their debut single “Long Live the Night,” the most-streamed domestic song of all Canadian country artists and theme song for the CFL Thursday Night Football national broadcast in 2018/2019. 2021 was a record-breaking year for the duo. Their viral TikTok hit “What the Truck” recently earned PLATINUM-certification, making it the fastest-ever Canadian country song to go PLATINUM in the streaming era. Last year also saw the pair garner a JUNO Award nomination and six 2021 CCMA Awards nominations, making them the most nominated artists for the 2021 CCMA Awards, taking home wins for Group or Duo of the Year and Top Selling Canadian Single (“Can’t Help Myself” with Dean Brody). To kick off 2022 they secured two coveted JUNO nominations for Group of Duo of the Year and Country Album of the Year.

The Reklaws hold 5 JUNO nominations, 4 CCMA Awards, 3 #1s at Canadian Radio, 10 GOLD and 7 PLATINUM singles and a GOLD-certified debut album (Freshman Year). With 250M+ Global Streams, 6 of the top 20 streamed singles by a Canadian country artist since 2019 (more than any other artist) and the most domestically streamed debut album in Canadian country history,  it’s evident that The Reklaws are doing things differently and that the world is taking notice. 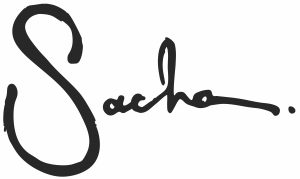 Making a name for herself since the release of her EP The Best Thing in July 2020, Sacha is one of Canada’s fastest rising country stars. Becoming an iHeartRadio’s “Future Star” following her debut EP release, SACHA has since been named as a member of CMT’s Next Women Of Country 2021 class and earned her first PLATINUM single alongside The Reklaws with their viral hit track “What The Truck,” which was the the fastest-ever Canadian country song to go PLATINUM in the streaming era. She joined The Reklaws to close out the national broadcast of the 2021 CCMA Awards with the track. To kick off 2022, SACHA released her sophomore EP, WE DID.

Featured in major television, print and online press including CMT, Music Row Magazine, American Songwriter, Rolling Stone Country, Billboard and The Boot, Sacha has also appeared on A-list editorial playlists (U.S. and Canadian) on Spotify, Apple & Amazon Music, SACHA recently celebrated the global premiere of her music video “Pretty Please” on CMT’s Time Square Billboard in NYC. Recently earning a 2022 CCMA Award nomination for Rising Star, SACHA will head to Calgary for Country Music Week 2022 as a finalist of the SiriusXM Top of The Country contest to vie for the top prize. Fans can catch her across the US this fall with Maddie and Tae on the CMT Next Women of Country Tour Presents: All Song No Static Tour.

Queen’s Plate in the News