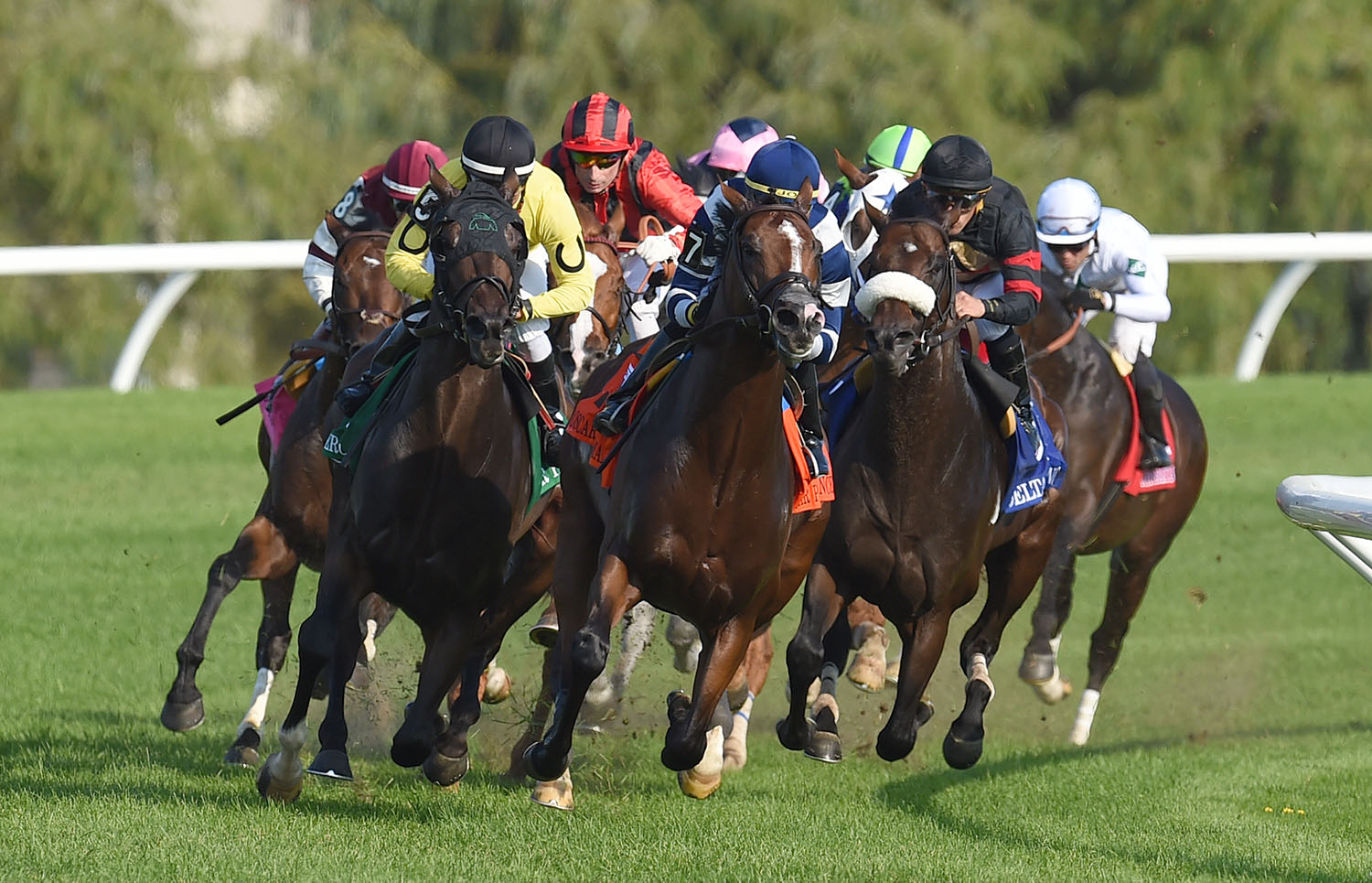 TORONTO, February 19, 2019 – Woodbine Entertainment has unveiled its stakes schedule for the 2019 Thoroughbred racing season highlighted by the prestigious $1 million Queen’s Plate and the $1 million Ricoh Woodbine Mile, which will kick off Woodbine’s championship fall turf season. The grand opening of Woodbine’s new inner turf course this spring will add a new level of excitement and competition to the mix.

Strengthened by the previously announced purse increases for 2019, the $16 million-plus stakes schedule consists of 95 stakes to be contested over the course of the 133-day meet, running from April 20 to December 15.

The 160th edition of the Queen’s Plate, the first jewel of the Canadian Triple Crown of Thoroughbred racing starring the finest Canadian-bred three-year-olds, will be contested on Saturday, June 29. Woodbine will also host the final Triple Crown leg, the $400,000 Breeders’ Stakes, on Saturday, Aug. 17.

With an increased purse guaranteed at $1 million for the 2019 running of the Ricoh Woodbine Mile, the Grade 1 stakes event will mark the start of Woodbine’s championship turf season. One of three Breeders’ Cup ‘Win and You’re In’ events on the stakes calendar, the Ricoh Woodbine Mile is set for Saturday, Sept. 14 with a strong undercard including the $300,000 Northern Dancer Turf Stakes (Grade 1).

The $250,000 Natalma Stakes and companion Summer Stakes, both Grade 1 Breeders’ Cup Challenge Series races for two-year-olds, will follow a stakes-filled Ricoh Woodbine Mile day on Sunday, Sept. 15. With the highly anticipated opening of the inner turf course this year, Woodbine will offer a pair of new $100,000 stakes for two-year-olds on the September 15 undercard called the Ontario Racing Stakes and the Woodbine Cares Stakes for fillies, both to be run over the pristine green at five furlongs.

The $800,000 Pattison Canadian International (Grade 1), another premier race that annually attracts top international turf talent, will be contested at the height of the fall stakes season on Saturday, Oct. 12. The E.P. Taylor Stakes (Grade 1), with a purse increased to $600,000, is among the usual supporting features that day and will serve as the final leg of Woodbine’s new Ladies of the Lawn Series, which offers $75,000 in bonuses to the top performers based on points accumulated in the designated graded turf routes for fillies and mares. The series also includes the $175,000 Nassau Stakes (Grade 2), $175,000 Dance Smartly Stakes (Grade 2) and $250,000 Canadian Stakes (Grade 2).

The $500,000 Woodbine Oaks Presented by Budweiser will headline the track’s first signature race day of the meet on Saturday, June 8 as Canadian-bred three-year-old fillies begin their bid for the Triple Tiara. The Woodbine Oaks will be accompanied by the Plate Trial Stakes in addition to a 6-1/2-furlong stakes race to be held on the turf for three-year-old fillies, which will be named in 2019 in honour of the late William D. Graham, a long-time Woodbine Entertainment Director and Canadian Horse Racing Hall of Fame breeder who passed away in January.

Canadian Millions Night is another annual highlight of the season that will showcase the top Canadian Thoroughbred Horse Society Yearling Sales graduates over six stakes with a total of $750,000 in purses up for grabs on Wednesday, Aug. 28.

The Achievement Stakes has been retitled the Greenwood Stakes to celebrate the second annual trackside social affair hosted by The Social Concierge.

Woodbine’s popular Turf Endurance Series will return this year with $40,000 in bonuses available for the top performers competing in the four legs from July through October. New competitions this year include a Turf Sprint Series on the new inner course with qualifiers and semi-finals before culminating in a $75,000 final under the lights on Wednesday, Aug. 21. Woodbine will also present a $50,000 Early Bird Starter Handicap on Wednesday, May 29.

To view the complete stakes lineup for Woodbine’s 2019 Thoroughbred racing season, click on the following links: