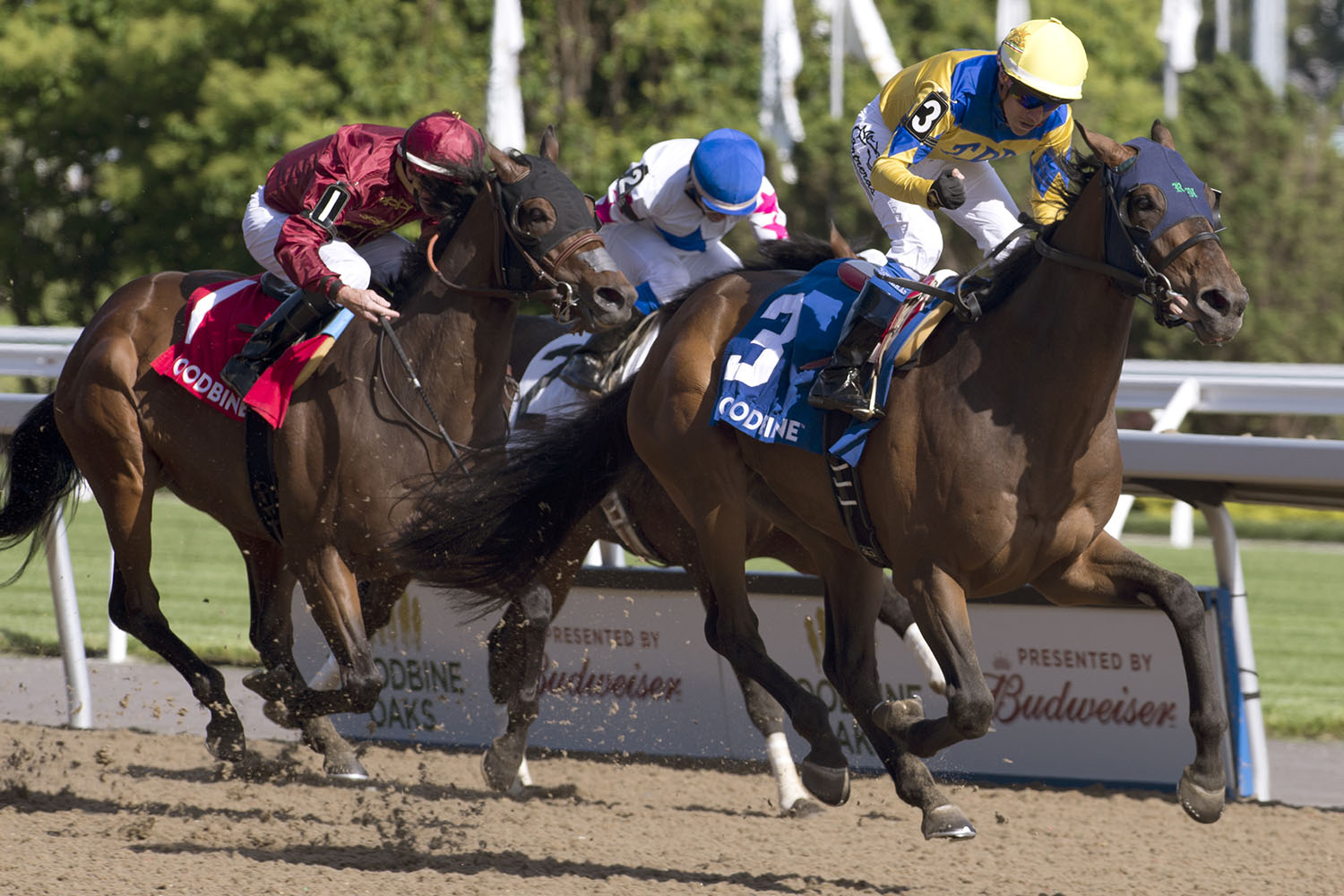 With Luis Contreras aboard for trainer Rachel Halden, the Silent Name-Dancing Bay gelding stepped up his game to notch his first stakes victory and entered the Queen’s Plate conversation.

In the traditional prep for the first leg of the OLG Canadian Triple Crown, Federal Law emerged with the lead up the rail into the first turn and built up a four-length advantage on his foes through fractions of :24.17, :48.64 and 1:12.73.

Meanwhile, Dun Drum followed in second-place with Contreras getting what he described as a “dream trip” aboard Pay for Peace, who settled back in third.

For Federal Law, it was a game of ‘catch me if you can’ and Pay for Peace caught him after rallying three-wide in the final turn of the 1-1/8-mile Tapeta test for Canadian-foaled three-year-olds.

A one-time winner from seven previous starts, Pay for Peace returned $41.90 for a $2 win ticket.

“You’ve got a chance to win if you’re in the race,” said Contreras, who previously won back-to-back editions of the Plate Trial Stakes with Danish Dynaformer (2015) and Amis Gizmo (2016). “You never know. I told Rachel before, I think he likes to run, and he likes to run all day, so he can run further. I think it’s his style to be in the long races.

“I can tell you he had a good break and I saw the one break a little bit and he kind of rushed to the lead and I think that kind of helped a little.”

Bred by Brian Lynch Racing and owned by Team Penney Racing and Carem Stables, Pay for Peace broke his maiden over one-mile and 70 yards last November at Woodbine, but had been winless in his first two sophomore starts.

“I’m just absolutely delighted,” said Halden. “Obviously, he’s just taken a little while to come back around this year for us. He did run a very good race his last start against older horses and looking at this race, we were hoping to maybe get a piece of it because it didn’t look like it was going to be a huge field.”

The winning effort has put the $1 million Queen’s Plate, set for June 29, on the gelding’s radar.

“We weren’t thinking about it,” admitted Halden. “Like I say, he’s just a real big old galloper. I think this horse will step up on the turf and we’ve been kind of thinking Breeders’. He did jump up and run a big race today. We will definitely be thinking about it now and we’ll see how he comes out of it and have a discussion with his owners and see.”

Krachenwagen completed the top five, with Dun Drum, Jammin Still, The Newfie Express and Hesathriller rounding out the order of finish.