FEATURE: JIM LAWSON HOPING FOR A TOP FINISH FOR FEDERAL LAW IN THE QUEEN’S PLATE

By: Perry Lefko for Woodbine Communications

The Queen’s Plate is always a significant occasion for Woodbine Entertainment Chief Executive Officer Jim Lawson because of its rich history, but this year will be more than just ceremonial for him because of a horse that has ties to his family and to Queen Elizabeth II.

Federal Law, a horse Jim bred and then sold as a weanling, is scheduled to run in the million-dollar first leg of the OLG Canadian Triple Crown on June 29 for Qatar Racing Ltd. and trainer Mark Casse. The son of Scat Daddy placed second in the Plate Trial.

There is a lineage to the horse that traces back to Jim’s father, Mel, a member of the Canadian Horse Racing Hall of Fame, who won numerous races, including more than 60 stakes under his Jim Dandy Stable, but the one that eluded him was the Plate. Exactly 35 years ago, Mel Lawson’s Let’s Go Blue lost the Plate in a controversial finish to Key to the Moon, in which the jockeys of the top-two finishers claimed foul on one another.

When his father passed away in 2011, a year after he was inducted into the Hall of Fame and his horse Destroy was voted Canada’s champion broodmare, Jim bought the yearling filly Gravelly Bay out of the family’s dispersal, primarily because he wanted to maintain an interest in the bloodlines.

“My father spent over 50 years in this business and this was the cornerstone of everything he did,” Jim said. “It stirs a lot sentimental feelings together with a sense of pride for everything my father accomplished to see Federal Law go into the Queen’s Plate. The (1984 Queen’s Plate) still has its wounds.”

Destroy was among the horses bought by others from the family dispersal. Destroy’s dam, Eternal Search, was one of Lawson’s greatest horses, winning 18 of 44 career races, including 15 stakes, and $642,177. She was voted Canadian Champion Sprinter in 1981 and Older Female Horse in 1982 and 1983. 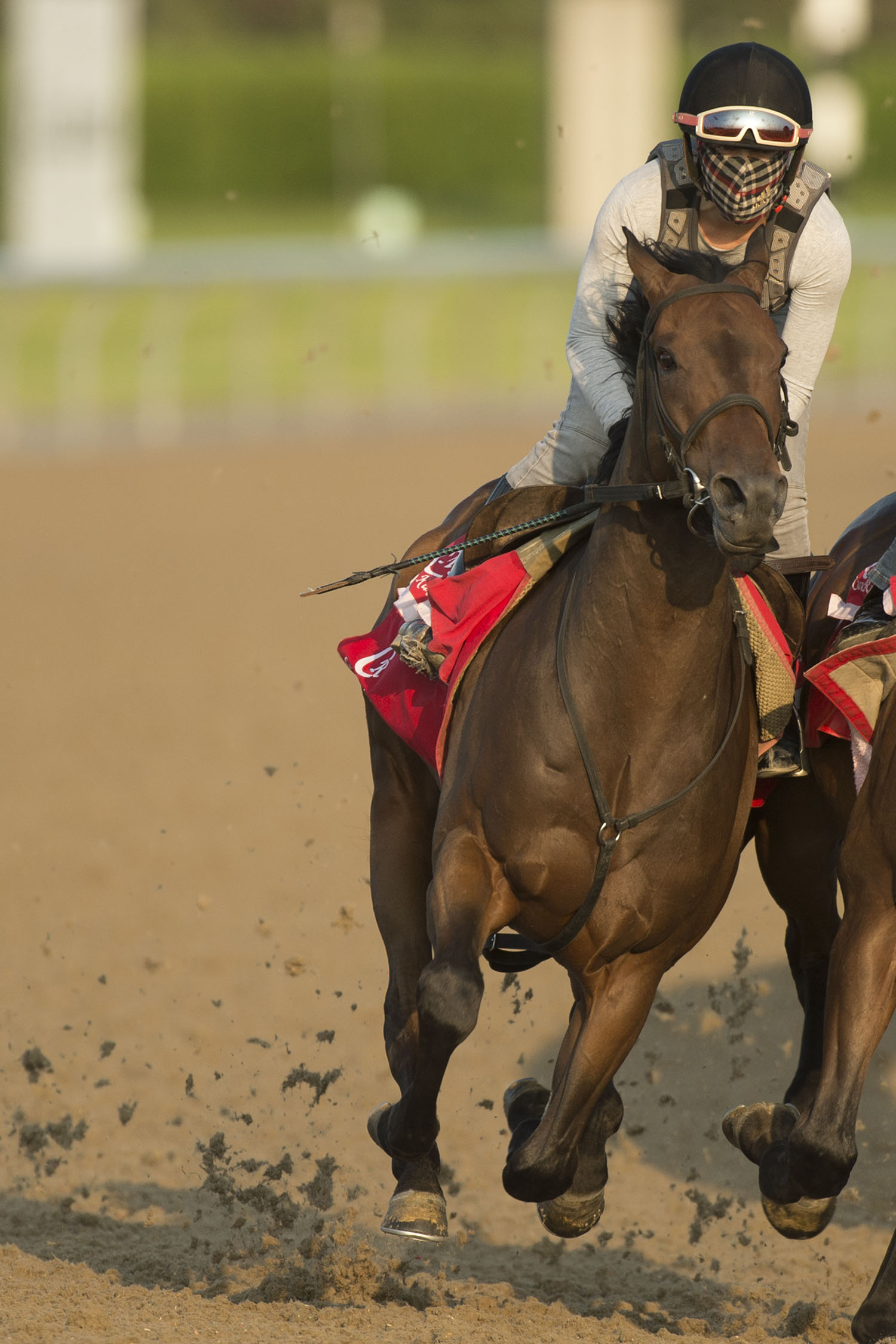 Gravelly Bay raced 10 times, posting a win, three seconds, two thirds and career earnings of $110,934. She was also stakes-placed. Seeing her value as a broodmare, Jim retired her and bred her to Blame, producing a colt, Burnindownthehighway, whom he sold, because he wanted to concentrate on his broodmare band and his philosophy of breeding to sell. The second foal, a filly by Arch, died.

Her third foal was Federal Law, and Jim sold her privately as a weanling.

“I did fine for a four-month-old foal,” he said. “I had the comfort to sell because I still owned the mare. However, as people in this business appreciate, many things can go wrong and shortly thereafter, Gravelly Bay died from an infection.”

Federal Law was subsequently pin hooked in Europe and purchased by Qatar Racing Ltd., the nom de plume of Sheikh Fahad, for more than 400,000 euros. Qatar races horses all over the world and have won numerous Group 1 or Grade 1 races.

Desperate to keep the family bloodline going, Jim tracked down Destroy, who was originally scheduled to be sold following the death of Nancy Polk, owner of Normandy Farms, who had originally purchased the mare from the Mel Lawson estate. When the mare was pulled from the sale, Jim bought her privately this past January.

“Normally I wouldn’t purchase an aging mare, but it meant so much to me to keep the lineage going,” he said.

“She knew about Destroy, that’s what a student of the game Queen Elizabeth is,” Jim said. “I was in our Northern Dancer Room at Woodbine and the Queen came right over to me and she said, ‘I know the story behind this horse Ghost Fleet and that your dad has bred champions and this is a great family.’ She wanted to know all about it and it was just fascinating to me that Queen Elizabeth would know a fair amount about this family and wanted to discuss the full history of it. When it comes to horses she just lets her hair down and talks like any passionate horse person. Her horse racing knowledge is superior yet her interest and education in pedigrees is striking – it was an eye-opener for me.

“I’d be excited to see Federal Law run well, for sure. Whether that would be first, second or third, I don’t know. I’d be very happy for Qatar Racing and for Mark Casse. The Plate Trial will have done the horse a world of good.”

Theoretically Jim could be in the winner’s circle presenting the trophy to the connections of the horse he bred. It would make for a great sidebar. It would also help from a commercial standpoint because he owns Destroy.

“It’s not about the commercial value for me because the family is already so strong,” he said. “It has everything to do with the family history in the thoroughbred business and the legacy left by the foundation mare, Eternal Search.”

Destroy has produced a foal, a weanling whom Jim named “Mrs. Barbara,” the name Mel Lawson affectionately used to refer to his wife.

“Fortunately, I now have Destroy’s filly by Bodemeister and I’m excited that these bloodlines will keep going,” he said. “This is one of the great Canadian thoroughbred families that will have a continuing impact on international horse racing.”

“I asked her to name him,” said Buntain, whose nom du course is Greenoaks Farm Racing Stable. “I said he needed a tough name, because his father’s name is Head Chopper. She said Krachenwagen sounded like crackin’ heads.”

On Saturday, Krachenwagen will be looking to give Buntain the thrill of a lifetime with his first starter in the $1 million Queen’s Plate, the 1-1/4-mile race for Canadian-bred three-year-olds which will be run for the 160th time.

And, the fact that the distance of the Queen’s Plate may turn out to be Krachenwagen’s hole card is somewhat ironic considering Buntain’s assessment of his colt’s conformation and pedigree.

“But, he wants to go a route of ground. And he does have a wide-sprung rib cage, which I think helps. Looking at him, and looking at the family, I never dreamt he’d go a mile and a quarter.

“It’s hard to find a horse that actually wants to go that kind of distance of ground. I know that he’s improving, and I really feel that this is my chance to have a horse in the Plate that should actually get involved.” 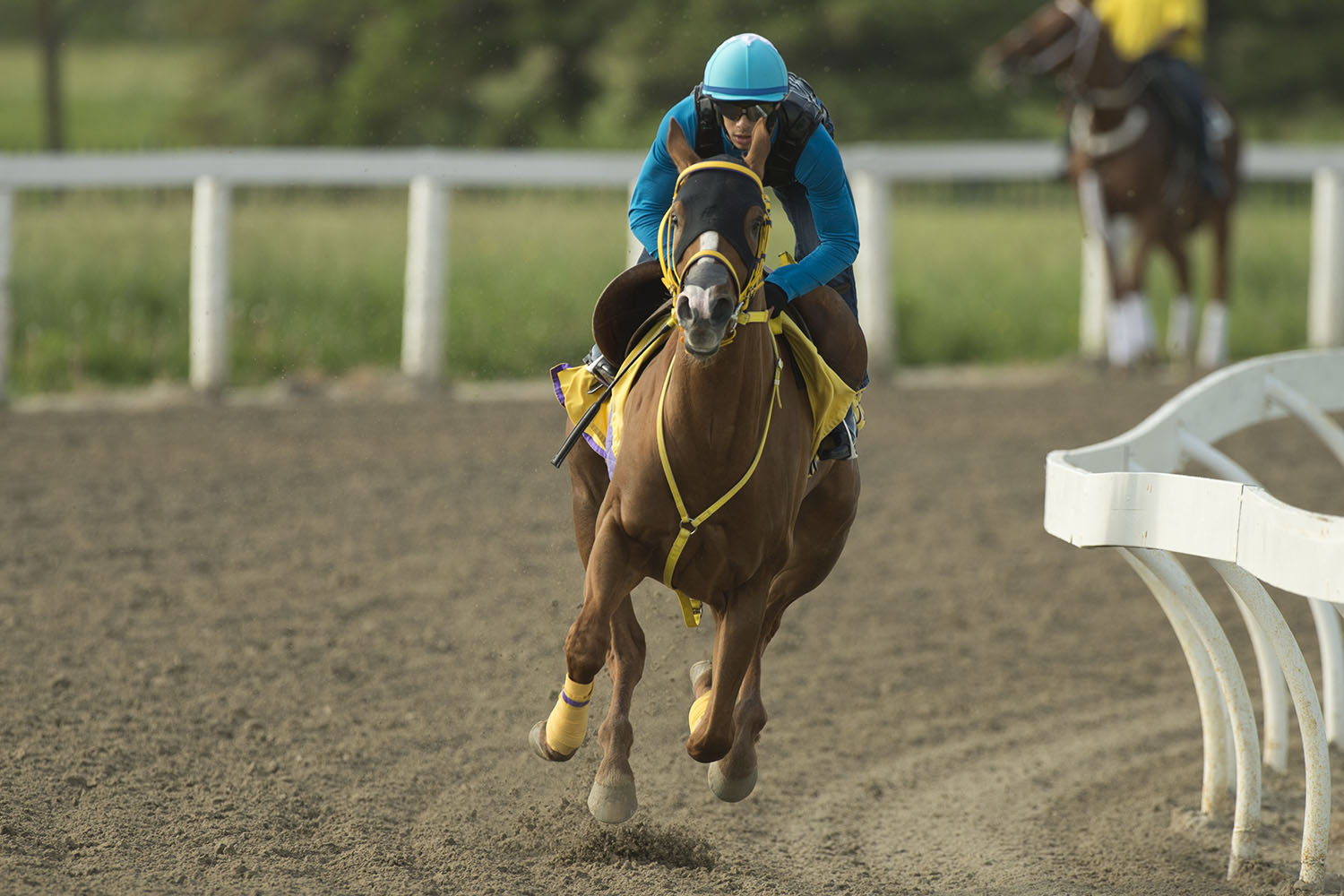 Buntain believes that Krachenwagen lived up to his moniker last season, when he made four starts in six weeks after debuting on October 19.

“He showed me a lot of toughness with those races all jammed up,” said Buntain. “You normally wouldn’t do that to a two-year-old, but he comes out of his races really well, not all sore or anything, and he rebounds well.”

Krachenwagen actually had been slated to debut two weeks earlier but a minor issue scuttled that plan. Buntain had inked in the Frost King Stakes as the gelding’s main juvenile target and, although the timing was not the best, Krachenwagen finished a good third in the seven-furlong Frost King.

But, Krachenwagen came out of the Frost King a little under the weather. “He wasn’t sick for long,” said Buntain. “He recovered quickly.”

Krachenwagen wintered at the nearby Empress Farm of trainer Steve Owens, where farm manager John Breeze oversaw his development.

“He really grew over the winter time,” said Buntain. “He put on 250 pounds, and he just blossomed. He came out of that place looking great. I’m really happy with how he arrived back in on March 1.”

The gelding returned with a fifth-place finish at seven furlongs here on May 20.

“I knew he was going to be short to some degree, but I wanted to use that race to launch him into a 1-1/16-mile race,” said Buntain.

That first two-turn test came on May 20, when Krachenwagen finished third behind a pair of older horses. “He ran good enough to give me some hope for the Plate Trial,” said Buntain.

“I was really happy with him,” said Buntain. “He rated kindly, the whole way. He got a bit jammed up going into the far turn, and he was being hemmed in on the outside. He finally found some room down toward the inside. Once he did find the hole, and the rider asked him, he really did respond for another eighth of a mile. He found another gear.”

Jeffrey Alderson, Krachenwagen’s only race rider to date, will be making his Queen’s Plate debut.