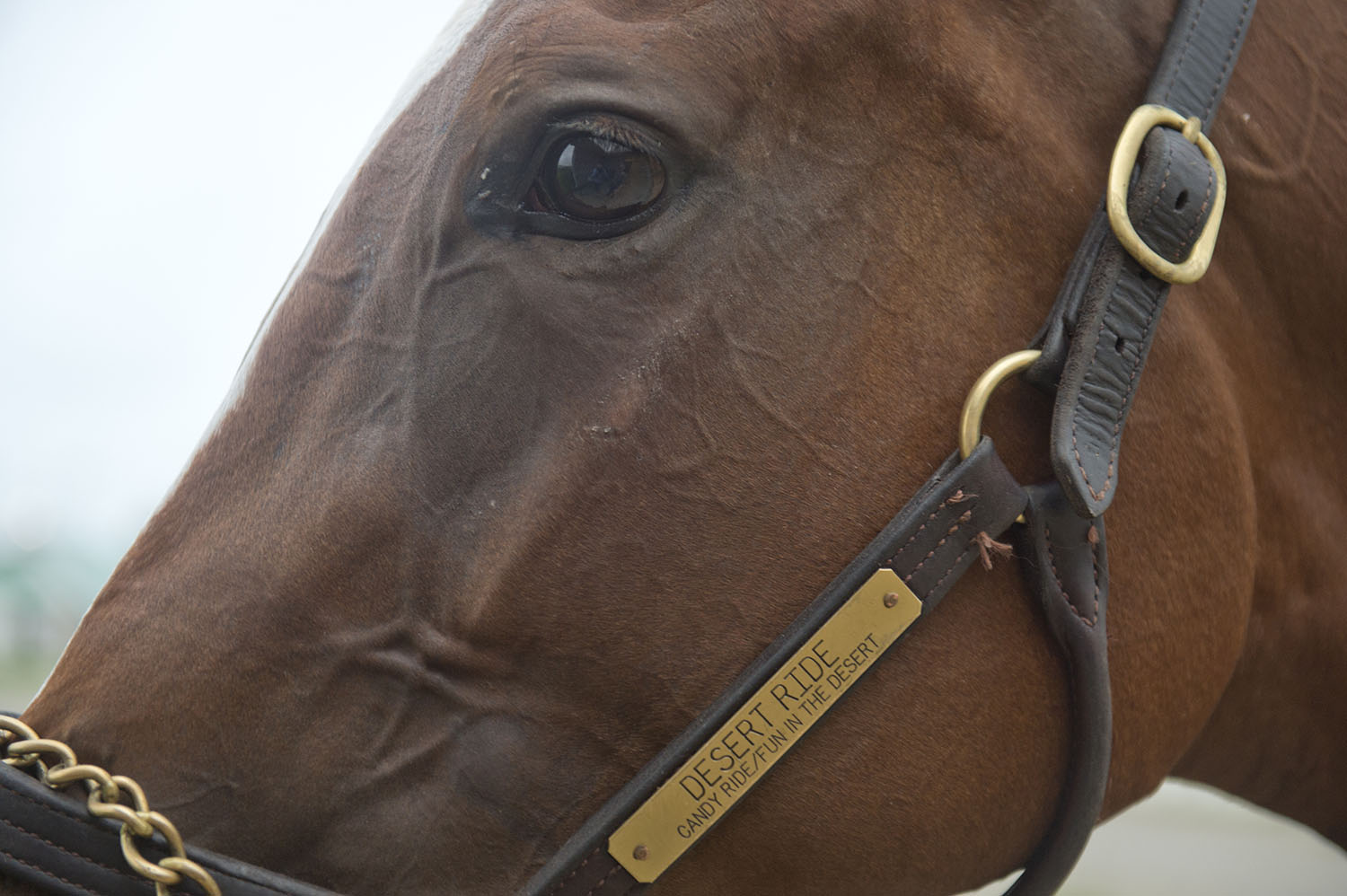 Tenth and last at the quarter-mile mark in the 1 1/8-mile Oaks, eighth at the half and sixth at the stretch call, jockey Steve Bahen and Desert Ride were full of run, but had plenty left to do to catch the front-runners. In the final yards, the daughter of Candy Ride eked out a neck victory at 8-1.

“That’s kind of been her a bit,” said Howard, who has trained over 1,200 winners in his distinguished career. “That’s been her running style. She likes to get her feet under her a little bit. I was so happy to have that mile-and-an-eighth for her. I didn’t think she was going to get there, but going past the 3 /16ths pole, you had that relieved feeling that she was running well and going to finish well. As tough as these races are – you always want to win – as long as they run well and come back good, you have to be satisfied with that. Winning is a bonus.”

But her thrill ride may not yet be over. There’s the matter of the $1 million Canadian classic set for June 29 at Woodbine.

You can count trainer Neil Howard as a big fan of the bay filly, not just for her impressive Oaks performance, but also for the mind she possesses.

“She is a charm,” he praised. “She’s so straightforward and I was telling everyone with Sam-Son, she just does not concern herself with anything. She has a wonderful mind. Good horses, most of the time, they have that good demeanour. And she certainly does. It just makes everything so much better.”

With less than a month between her last race and the Plate, along with traveling 1-1/4 miles, notching an Oaks-Plate exactor is hardly an easy task.

Sporting a record of three wins and one second from four lifetime starts, Desert Ride will try to follow in the hoofsteps of Sam-Son standout fillies Dance Smartly (1991 Plate champ) and Dancethruthedawn (2001 Plate winner).

Howard would love nothing more than to provide Sam-Son with its sixth Plate victory, the latest coming in 2009 with Eye of the Leopard.

“I’ve always loved Woodbine and for me, I’ve been very fortunate – and I know I am to have worked with so great people. To work with Sam-Son, I can’t even describe how much of a privilege it is and what a delight it is. I work them more on a seasonal basis, but that doesn’t matter. They are really excellent people. It’s also nice when you work for great people who have a complete understanding of what we’re doing.”

Howard, who was the trainer of 2003 Horse of the Year Mineshaft and 1990 Preakness winner Summer Squall, is pleased with how Desert Ride is doing ahead of the 160th running of the Plate.

“She’s doing really well. The timing isn’t great – anybody would say that – but Desert Ride is herself. She couldn’t be doing any better.”

ONE BAD BOY IS ONE SERIOUS QUEEN’S PLATE CONTENDER

TORONTO, June 23, 2019 – Trained by Richard Baltas, One Bad Boy has made all his starts in California to date. Now, the son of Twirling Candy brings his Golden State credentials to Canada’s Showplace of Racing for the $1 million Queen’s Plate.

With a record of 1-2-1 from four races, the dark bay, bred by Ron Clarkson, has shown strong form ahead of his most high-profile start.

In February, One Bad Boy finished second to the highly regarded Omaha Beach, winner of the 2019 Arkansas Derby and Rebel Stakes.

Just over a month ago, One Bad Boy contested the $75,000 Alcatraz Stakes at Golden Gate Fields. Leading by a half-length at the stretch call of the one-mile event (taken off the turf and run on the all-weather track), the Ontario-bred finished a game second.

“I thought he ran a great race when he finished second in the stake,” offered Baltas. “He kind of hooked a fast pace, but he just got caught at the wire. It was a really strong effort. Since that race, we removed the blinkers, and he’s trained really well without them. Now that he’s going a mile-and-a-quarter, I don’t think he needs to show a ton of speed.”

After a third in his career bow last year on Boxing Day, One Bad Boy, owned by Sayjay Racing, Greg Hall and Brooke Hubbard, finished runner-up to the aforementioned Omaha Beach.

In his third start, a one-mile trip over the Santa Anita turf, the ridgling, sent off as the even-money favourite, broke his maiden courtesy of a 4 1/4-length victory over ‘firm’ going. 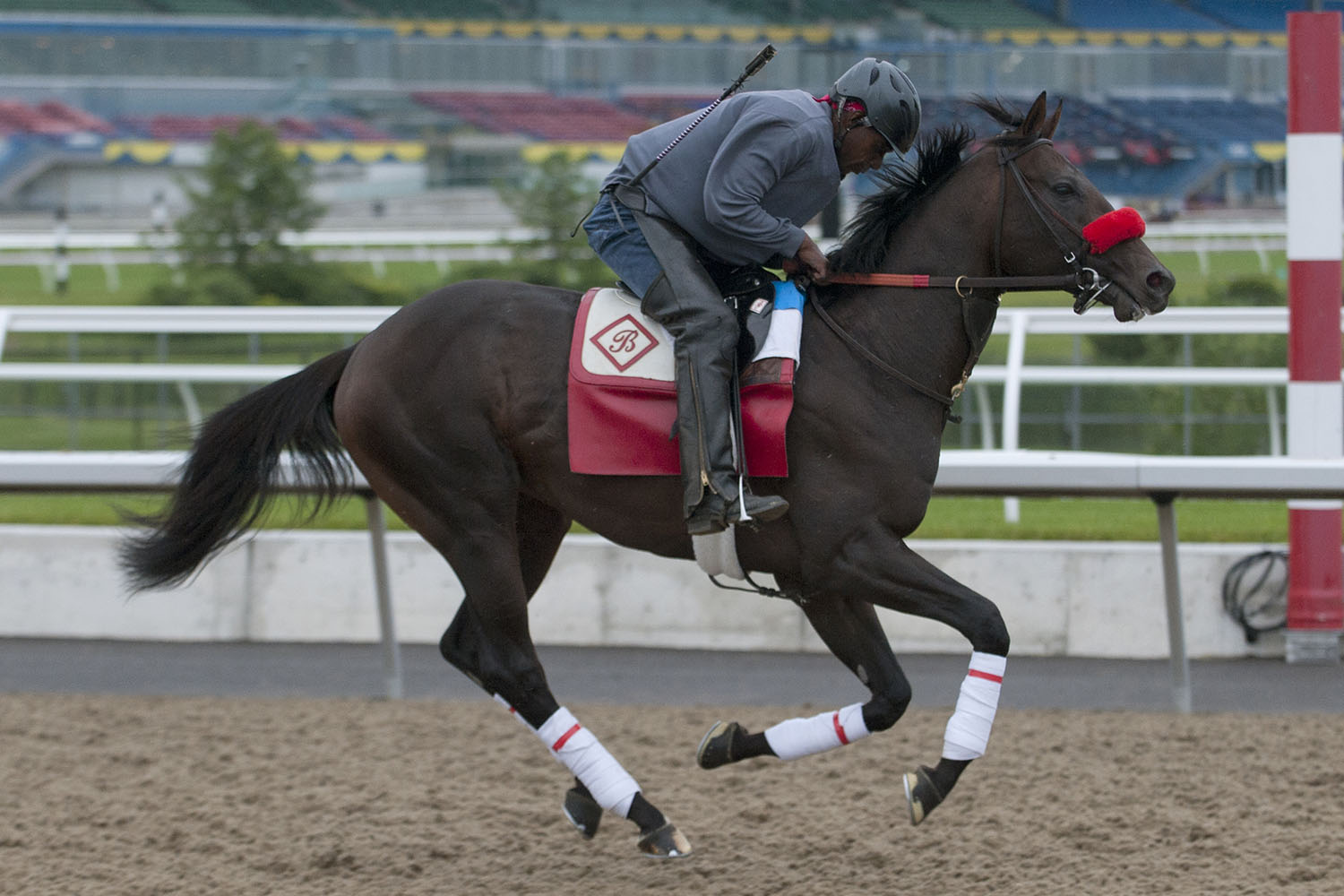 He’ll now look to deliver his connections a win in Canada’s most famous horse race.

“I know this is a big race in Canada,” said Baltas. “He’s an Ontario-bred – I also have his half-sister, Miss Bad Behavior, also an Ontario-bred who is a stakes winner (2018 China Doll Stakes) – so this is a great race for him.”

Flavien Prat, who won the 2019 Kentucky Derby with Country House, gets the call for the Plate. The 26-year-old French-born rider was aboard for the Alcatraz effort.