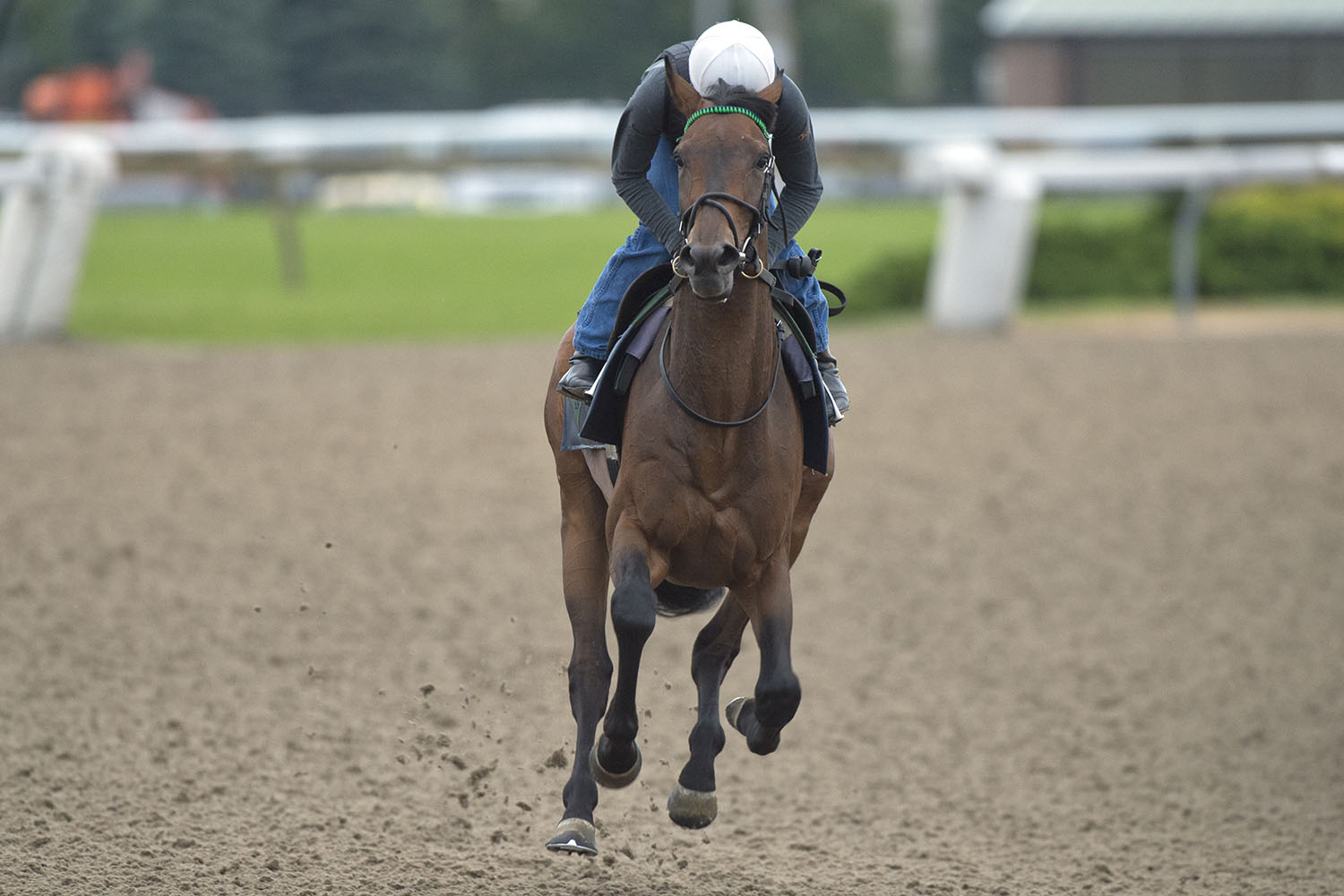 GIVE ‘PEACE’ A CHANCE: PAY FOR PEACE PRIMED FOR PLATE DATE

TORONTO, June 19, 2019 – Pay for Peace, owned by Team Penney Racing and Carem Stables, will arrive at the $1 million Queen’s Plate, set for Saturday, June 29, off an impressive score in the Plate Trial Stakes.

Trained by Rachel Halden, the three-year-old son of Silent Name (JPN) stalked the pace and eventually drove clear to pull off the 19-1 upset in the 1 1/8-mile Plate Trial.

It was the first win from three starts in 2019 and second victory in eight races for Pay for Peace.

The Trial performance turned a date in the Plate from a question mark to a definitive answer for the gelding’s connections.

“Off that last race he deserves a chance, doesn’t he?” said Halden, a former steeplechase rider. “It wasn’t expected (the Plate Trial triumph) but we were hopeful of it. We’ve always believed in him and that’s why we’ve kept him eligible for the Plate. His first two races this year, they weren’t terrible, but they weren’t exactly what we were looking for to keep our Plate dream alive. That was put on the back burner. After his last race, it was put right back on the front burner.”

Pay for Peace, with jockey Steven Bahen aboard, prepping for the Queen’s Plate at Woodbine Racetrack. (Michael Burns Photo)

And now, the heat will be turned up even more in Canada’s most famous horse race.

Contested over 1 1/4-miles on the Woodbine main track, the Queen’s Plate is shaping up to be a wide-open affair. Halden is happy to see her charge in the mix for all the spoils.

“For me, he just might be a horse that’s coming around at the right time,” said the multiple graded stakes winning conditioner. “He deserves to be in there because the distance certainly isn’t going to be an issue. I’ve been dying to run this horse longer for a long time.”

After an eighth, fifth and second to launch his racing career, Pay for Peace broke his maiden on November 2, a three-length win over one mile and 70 yards on the Toronto oval Tapeta.

Rafael Hernandez, who was aboard for the Ontario-breds initial score, will be reunited with the dark bay for the 160th edition of the ‘Gallop for the Guineas.’

The multiple graded stakes winning rider has 2,443 career wins and more than $38 million in purse earnings. He teamed with Shaman Ghost to win the 2015 Queen’s Plate.

The post position draw and media conference for the 160th running of the $1 million Queen’s Plate, first jewel of the OLG Canadian Triple Crown, will be held on Wednesday, June 26 at 9:30 a.m. in the Trackside Clubhouse at Woodbine Racetrack.

The JUNO Award-winning country music group The Washboard Union will take the stage on opening day of the Queen’s Plate Festival on Friday, June 28. Canadian country music duo High Valley will headline the musical line-up on the second day of Canada’s premier racing festival on Saturday, June 29, with a live performance following the 160th running of the $1 million Queen’s Plate. For a complete overview of the festival’s concert line-up and to purchase tickets, visit www.queensplate.com.