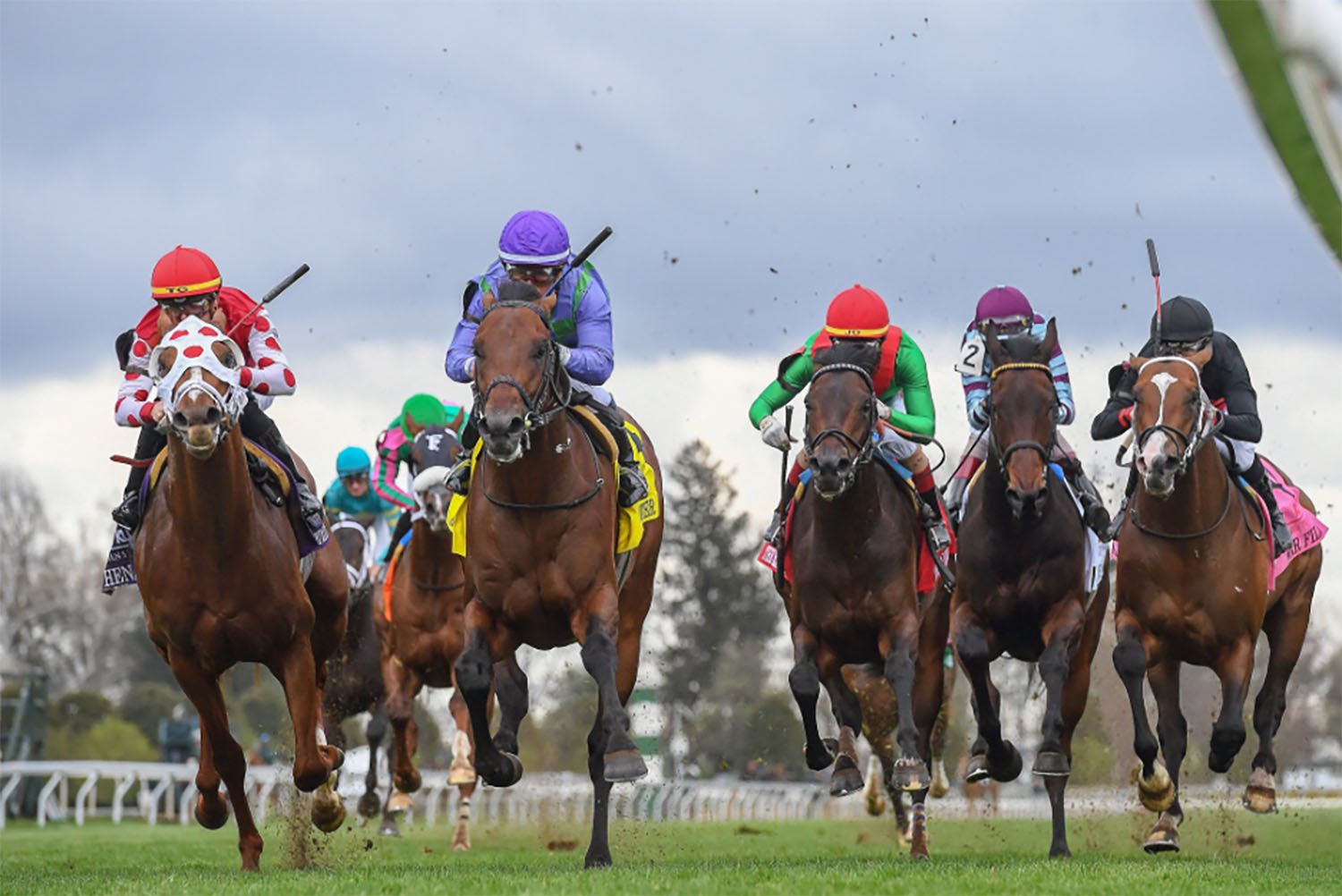 TORONTO, April 6, 2019 – Canadian-bred three-year-old Avie’s Flatter, the early 2019 Queen’s Plate favourite, made his season’s debut a winning one in the $150,000 Kentucky Utilities Transylvania (Grade 3) on Friday at Keeneland.

Owned by Ivan Dalos and trained by Josie Carroll, Avie’s Flatter and jockey Javier Castellano held off the late-charging favourite Henley’s Joy to win the 1 1/16 mile stakes event in 1:42.86 on a firm turf.

“I really liked the way he did it today,” said Castellano in a post-race interview. “I’ll be honest, I’ve been studying the horse since last year. We rode against each other. I like the way he does everything. He can be on the lead, he can cover up. Today, he broke a little slow. I didn’t rush it… [Considering] the layoff and the way he performed today – very amazing.”

“We had some pretty solid works at Palm Meadows (training center in Florida),” noted Carroll. “I thought he was in good order, but I did say to Javier, ‘Keep him covered up a little bit and make sure you have some horse to finish because it has been a while since he ran.’

“It’s a pretty special horse. Mr. Dalos breeds a really good horse, and this horse we thought was special from the very beginning.”

Avie’s Flatter is the early favourite in Woodbine’s predictive Queen’s Plate Winterbook rankings as the son of Flatter out of the Empire Maker mare Avie’s Empire went three-for-four last year while racing at his home track with feats including the Cup and Saucer Stakes and Coronation Futurity.