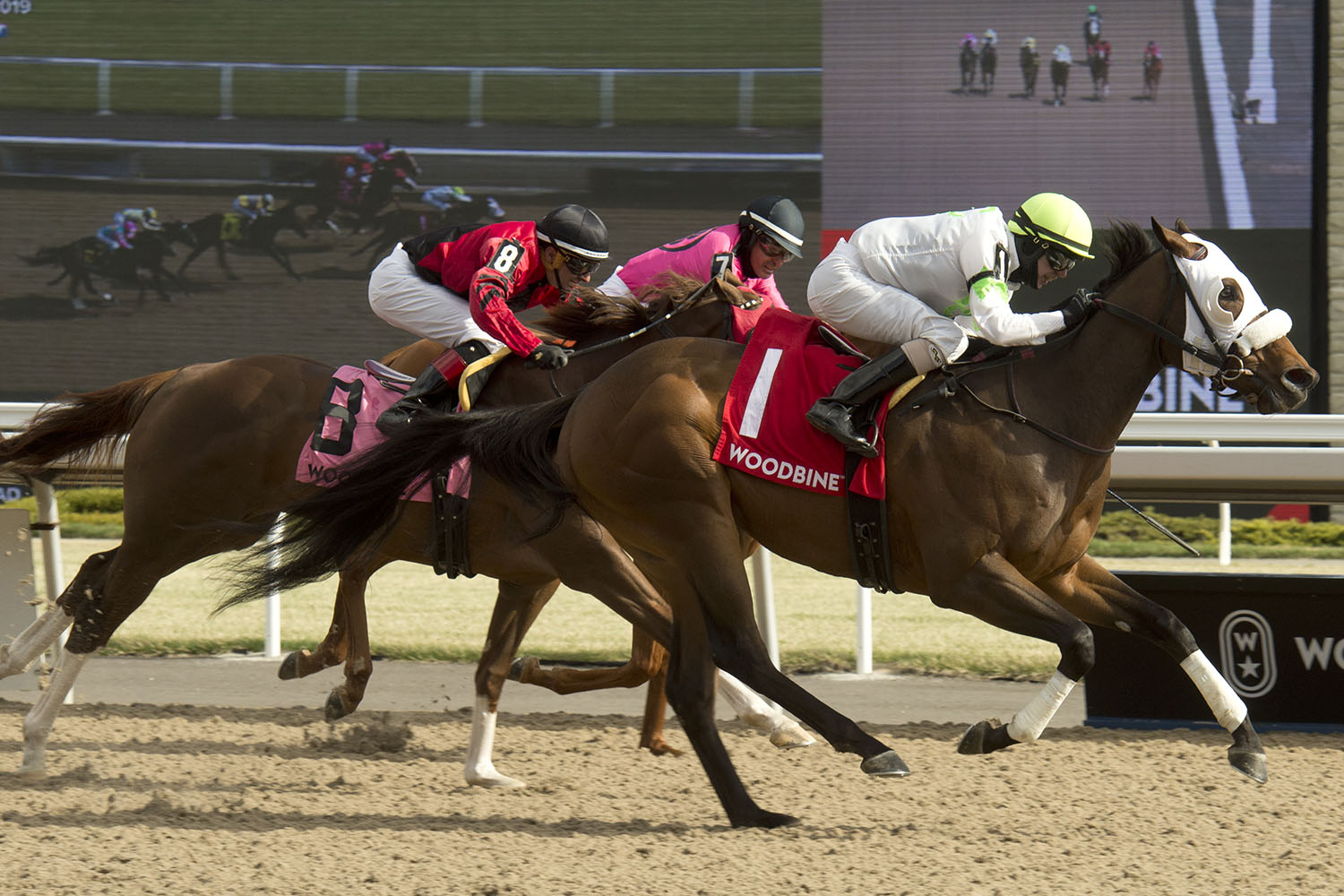 TORONTO, May 16, 2019 – Fans across the country will have the opportunity to watch some of the top contenders for Canada’s most famous horse race, the Queen’s Plate, when they go postward in the $125,000 Queenston Stakes, Sunday at Woodbine.

Five Plate-eligible horses will square off in the seven-furlong sprint for Canadian-foaled three-year-olds. The connections of Federal Law, 4-1 second choice in the Queen’s Plate Winterbook behind Avie’s Flatter (3-1), My Silencer (8-1, eighth spot), Dun Drum (25-1), Corduroy Road (30-1) and Souper Success (30-1) will all be hoping for encouraging results this Sunday ahead of the $1 million ‘Gallop for the Guineas,’ set for June 29 at Woodbine.

Souper Success, trained by Mike De Paulo for owner Mickey Demers, comes into the Queenston off an impressive upset score in the Woodstock Stakes on April 27.

Ignored on the tote board at 16-1, the son of Souper Speedy, under Jesse Campbell, rallied smartly to win by a length in a time of 1:09.65 over six furlongs on the Toronto oval Tapeta.

“Initially, he was supposed to run in a non-winners of two race, going five-eighths,” noted De Paulo. “But the race didn’t go, so we took a shot at the stake. He ran really well. He’s a nice horse.”

The veteran conditioner expected Souper Success to fare okay in the Woodstock, but the win came as a bit of a surprise.

“I thought he had a shot to hit the board,” said De Paulo. “But I was just concerned that we had trained him going five-eighths and had him revved up a little. He only had that one five-eighths going into the race, so I was a little worried he might not be as fit as he needed to be. But I guess he was just good enough.”

Campbell, who piloted Midnight Aria to Plate glory in 2013, was thrilled with the effort of the gelding bred by John Carey.

“He always showed [talent] from day one,” said Campbell. “He never blew away horses in the morning, but Mike asked me who I wanted to ride of the bunch that were working and I said, ‘I want to ride him.’ He’s got a brain on him and he can run too. He’s been a cool cat since he was two, a long ways before he had ever run, and he’s still showing it today. I’m just very proud of the connections and this horse – he’s just a neat little guy.”

“Jesse loved the way he ran,” offered De Paulo. “He’s been a bit of a push-button horse. He’s very rateable and every time we’ve asked him to do something, he’s come through for us.”

On Sunday, Souper Success will travel one extra furlong and load into the gate beside some Plate-hopeful heavyweights.

De Paulo is anticipating another strong performance from the Ontario-bred.

“This is a good race. He worked super the other day (May 12, :59.20, breezing, over five furlongs). That was the best work of the day. He’s coming into the race in really good shape.”

While a shot at winning one of horse racing’s most iconic events remains the goal, De Paulo does have options set out for Souper Success, who followed a second-place effort in his career debut last fall with a maiden-breaking score over five furlongs.

“We’ve nominated him to the Bold Ruckus Stakes (June 2, six furlongs on the E.P. Taylor Turf Course), but if he decided to run a really big race in the Queenston, we certainly might entertain the thought of running in the Plate. We’ll have to see what happens. He’s not a speed crazy horse where you have to go. He’s pretty cool.”

The Queenston is slated as Race 8 on Sunday’s 10-race card. First post time is 1:05 p.m. Fans can watch and wager on all the action via HPIbet.com.