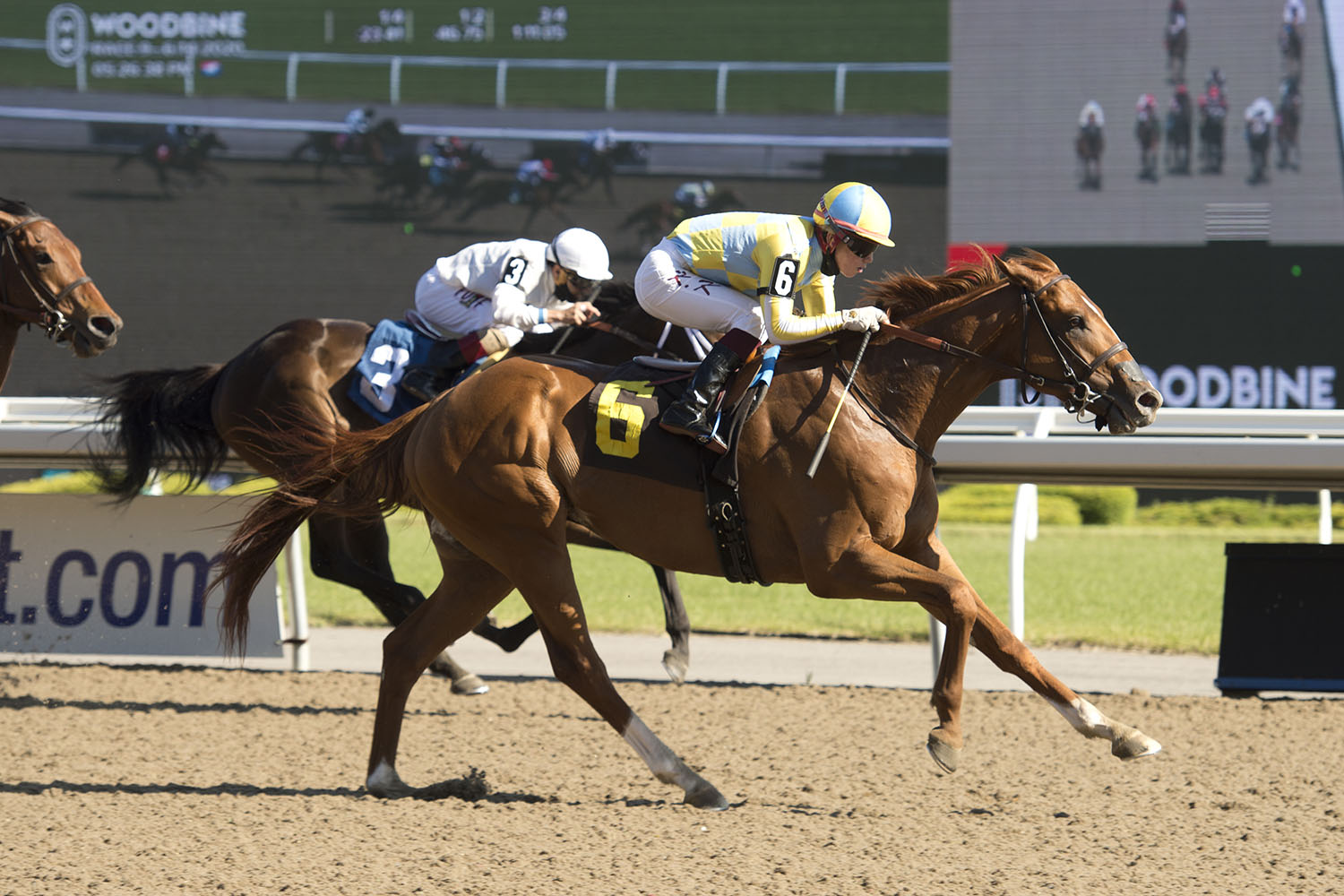 A key prep on the road to this year’s Queen’s Plate (September 12, at Woodbine), the 1 1/16-mile main track Marine, for three-year-olds, has attracted some noteworthy Canadian-breds hoping for a spot in the Plate starting gate.

Queen’s Plate eligibles Dotted Line (18-1 in the Queen’s Plate Winterbook), Glorious Tribute (40-1), and Perfect Revenge (40-1) are set to contest to the Marine.

The 65th running of the Marine will be complemented by the 67th edition of the Selene, a 1 1/16-mile race over the Tapeta for three-year-old fillies, an important fixture ahead of the Woodbine Oaks presented by Budweiser, on August 15.

Merveilleux (25-1 in the Queen’s Plate Winterbook) and Owlette (30-1) are among the Selene notables.

John Oxley’s homebred Lucky Curlin chases his second straight win, this time in the Marine, after a sharp score on June 14 at Woodbine.

The Mark Casse trainee, in his ninth career start and first test on the Toronto oval Tapeta, rallied from fifth at the stretch call of the seven-furlong race to win by a length under Kazushi Kimura.

It was the second win for Kentucky-bred chestnut son of Curlin, who broke his maiden last December at Fair Grounds.

The well-traveled colt, who has raced at Churchill Downs, Saratoga, Keeneland, and Fair Grounds, appears to feel right at home on the Woodbine Tapeta.

“He’s a horse that’s disappointed me, to be honest. We were always thinking, ‘If he ever gets his act together…’ He was a horse early on that we thought was as good as Enforceable. And of course, Enforceable is going to the Kentucky Derby.

“His last race, from a Beyer standpoint, was very good. I wasn’t surprised, but it was pleasant. He’s been extremely frustrating for us because we’ve had high hopes for him. There are horses whose abilities are limited. He hasn’t been that way. So, we’ll see how he handles two turns. I’m still not positive that he isn’t a come-from-behind sprinter. But we’re going to give it a try.”

Casse’s other Marine starter is Untitled, a Florida-bred son of Khozan, owned by Gary Barber and Michael Sebastian.

In his first Woodbine appearance, on June 13, Untitled was second to Newstome in the Woodstock Stakes.

“He’s kind of a mystery horse,” offered Casse, who won the 2017 Marine with Souper Tapit. “He won very impressively first time out and he’s run some good races. I think watching him run… we didn’t have the luxury of getting a breeze over the track before his last start. He got up there and we ran him. I didn’t think he cared for it that much. In fact, I was thinking about running him on the grass, but there really wasn’t a grass race for him. He trained so well afterwards on the synthetic, so we thought we’d give him a try.”

The Ontario-bred son of Congrats has one win and a pair of thirds from seven starts.

“His last race as a two-year-old [a maiden-breaking win at one mile and 70 yards on the Woodbine main track], he got a good trip and we got to stretch him out,” said Minshall. “I thought he ran really well. I took him down south all winter so I knew he was good and fit. I ran him once, on the turf, but the race was just a little too tough at that given time for him. But, I’ve always liked him.” 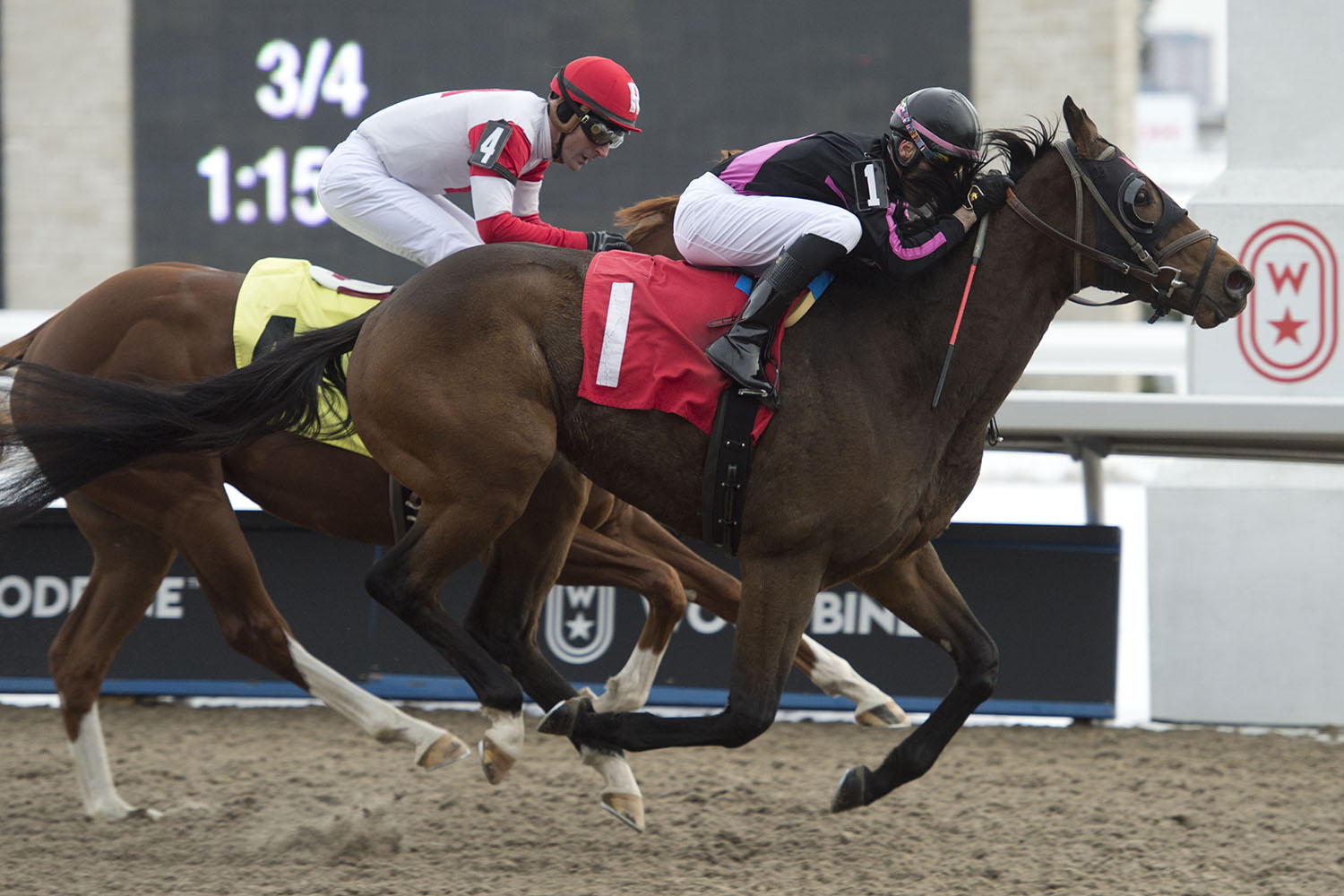 Minshall, Canada’s champion trainer in 1996, remains a big fan of the dark bay.

“I wanted to make sure he was good and fit because I really had a good feeling that he would get a mile and a quarter [Queen’s Plate distance]. He’s got a nice stride and a good mind. He’s a very laid-back horse. I’m pretty happy where he is right now. He’s a big, sound horse, so I figured let’s get him in, see how he is, get another race, and hopefully from that step go on to the Plate Trial [August 15] and hopefully we end at the Queen’s Plate, and we’ve got a bit of a shot.”

Sam-Son Farm has the most Marine wins (six) for owners, while Sandy Hawley holds the riding record with five Marine crowns. The most recent horse to notch the Marine-Plate double was Shaman Ghost, who achieved the feat in 2015. Last year’s winner, Global Access, went on to earn year-end divisional honours at the Sovereign Awards.

Ten Broeck Farm’s Owlette, a bay daughter of Frac Daddy, goes after her fourth Woodbine stakes crown in the Selene.

The Wesley Ward trainee took last year’s Shady Well and Victorian Queen, and then added another stakes title to her record with a win in this year’s Star Shoot on June 13. 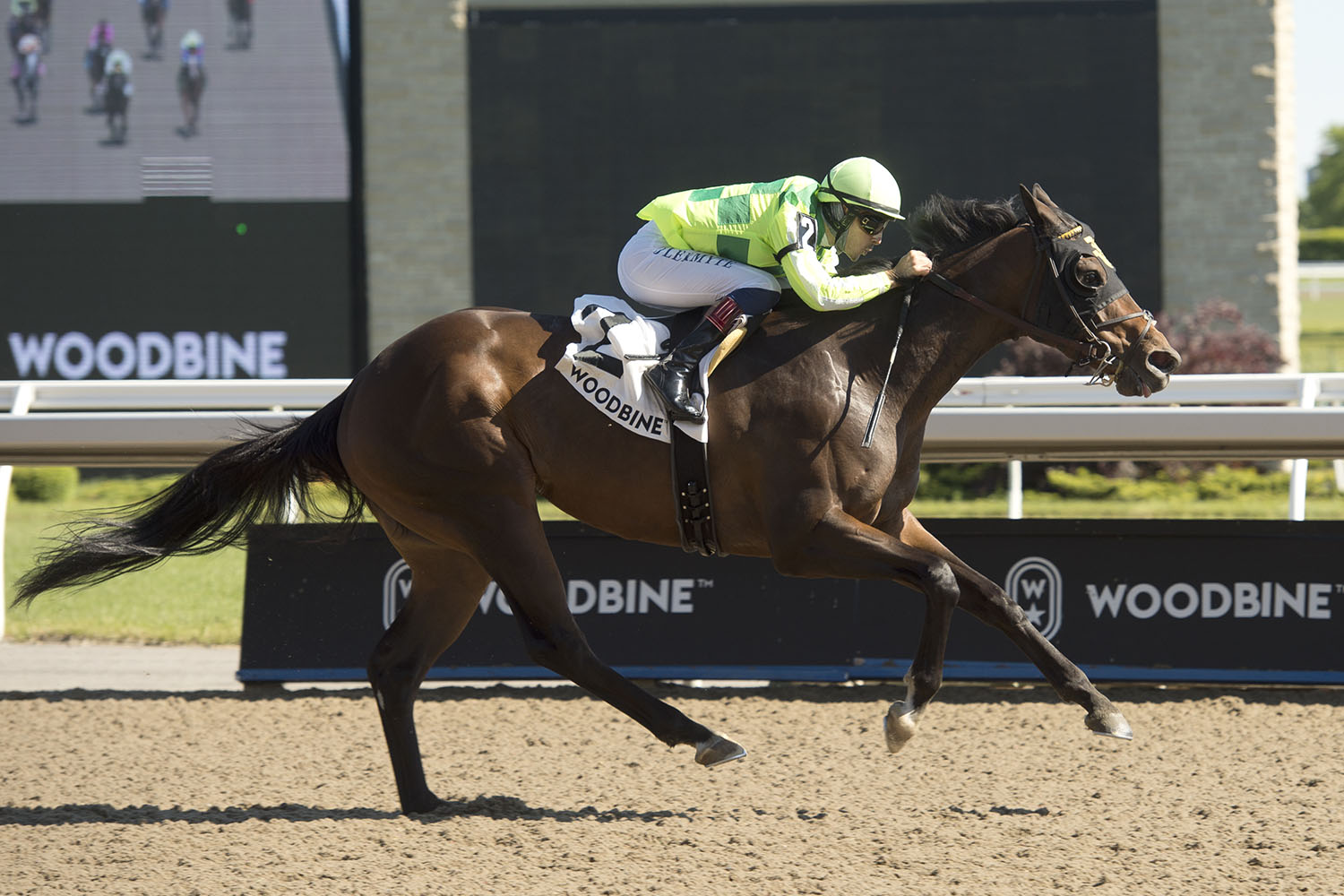 Merveilleux, owned by Al and Bill Ulwelling, seeks her first added-money win in what will be her seventh start.

The daughter of Paynter lost by a neck to Cool Shadows in last year’s Princess Elizabeth and by a head to Curlin’s Voyage in the Ontario Lassie.

Owlette and Merveilleux will be tested by five other rivals, including the Casse trio of American Tap, Diamond Sparkles, and Two Sixty.

“She’s another one since that race who trained much better after being there for a little while,” noted Casse.

The bay’s most recent race, seven furlongs on the Woodbine main track on June 13, yielded a second-place finish.

“She came over from Europe, ran pretty good in the Natalma, and then struggled a little bit through the winter,” said Casse, of the filly owned by Barber and Eclipse Thoroughbred Partners. “I thought her last race was good and she’s training well. We’re going to give her a shot.”

Casse and Barber teamed to take the past two runnings of the Selene. Miss Mo Mentum won in 2018, while Power Gal was victorious last year.

A victory by any Casse starter would tie him with Yonnie Starr for the most Selene wins by a trainer, with six.

The Marine is Race 3 on Saturday’s 10-race card and the Selene is scheduled as Race 8. First post time is 1 p.m. Fans can watch and wager on all the action via HPIbet.com.