5 In Front With Scott Young

Each week, a familiar Woodbine Mohawk Park horseperson will step into the spotlight to answer a handful of fun, offbeat questions, while giving readers a unique perspective into their personality on and off the racetrack.

Currently in his 13th season in the sulky, Scott Young has eclipsed the $1.1 million mark over the past five campaigns, including a career-best $1.7 million in 2020. Young, who reached the 1,000-win mark on January 15, 2020 at Western Fair, is the son of accomplished horseman Robert Young.

You get to drive a card at any racetrack in the world. Where do you choose and why? 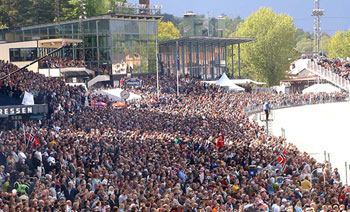 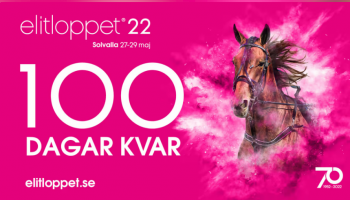 “I’m split on this one. It would have to be Hambo day and Elitloppet day. I’m a crowd guy. The bigger the crowd, the more fun it is. I love seeing a lot of fans at the racetrack. The nights that get the big crowds would be my thing. Hambo day is just amazing, and it really has a lot of great buzz around it. With the Elitloppet, the videos I’ve seen, it looks like something you definitely want to be part of, whether you’re competing in it or watching it from the stands.”

You get to be a superhero for one day. Who do you go with?
“It’s a tough one, a good one. They all have different powers, but I’m kind of leaning to the ones that can fly or do something where they are in the air. I guess I’d go with Spider-Man or Batman. The Flash and Iron Man’s colours are somewhat like my driving colours, but I’m going with either Spider-Man or Batman.” 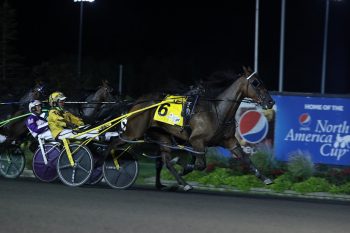 What is your favourite race on the Mohawk calendar?
“I’m going with [Pepsi North America] Cup night. It’s such a great night of world-class racing. If you haven’t been to the track that year for some reason, you definitely have to make it out for Cup night. It’s just one of those nights with the best three-year-old colts out there and it’s a million-dollar purse. Everything about that evening is great.”

You get to play with any pro sports team for a moment. Who are suiting up with?
“I have to split them again. It’s going to be one shift with the Boston Bruins and one inning with the Toronto Blue Jays. I love baseball and hockey. If I got one shift with the Bruins, and one at bat or catching a grounder or fly ball with the Jays, that would be the ultimate. I think I’d be better at baseball. I could probably take a line drive better than I could take a cross-ice pass from Patrice Bergeron. I would love to play second base for the Jays. As for my chances at getting on base… no way. Unless I worked out a walk, there wouldn’t be a whole lot of contact going on.”