Busy final Saturday in the books at Woodbine

TORONTO, April 2 – The Youthful, Preferred Pace and a milestone highlighted the final Saturday night card of the 2015-16 Woodbine Fall/Winter meet.

The action-packed 10-race card was contested under chilly temperatures and a light snowfall.

Easy Lover Hanover extended his win-streak to six in a row with a 1:53.1 score in the $17,000 second leg of the Youthful for three-year-old pacers.

Driven by Jody Jamieson, Easy Lover Hanover sprinted out from post-seven and cleared to the front just after a :27 opening-quarter. 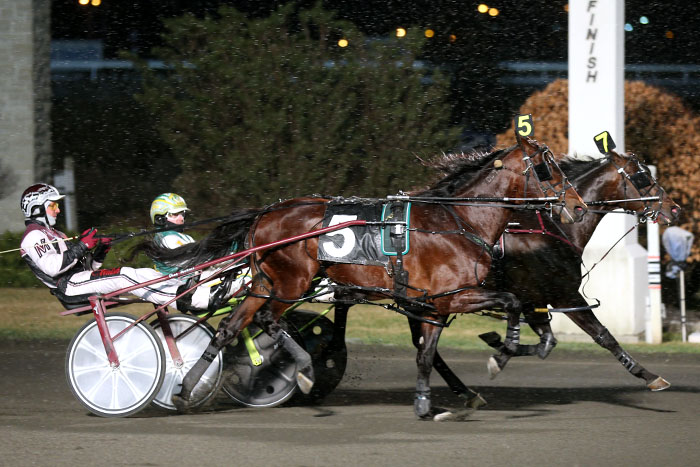 After posting middle-fractions of :56 and 1:24.1, Easy Lover Hanover extended his lead to more than three-lengths with an eighth of a mile to go. The Catamount Kid, who was a 2/1 co-favourite, turned in a solid stretch-rally to close in on the leader, but the Wallace trainee didn’t fold and won by head.

Sporty Mercedes finished third, while Flaherty, the other 2/1 choice, rallied from seventh at the half to finish fourth.

A son of Somebeachsomewhere, Easy Lover Hanover is now a perfect six for six since joining the Wallace barn earlier this year. Saturday’s victory was the colt’s seventh career victory.

Nirvana Seelster, who was aiming for a second consecutive Preferred victory and third in a row overall, cut the mile and posted panels of :26.4, :55 and 1:23.2 to lead the field into the stretch. 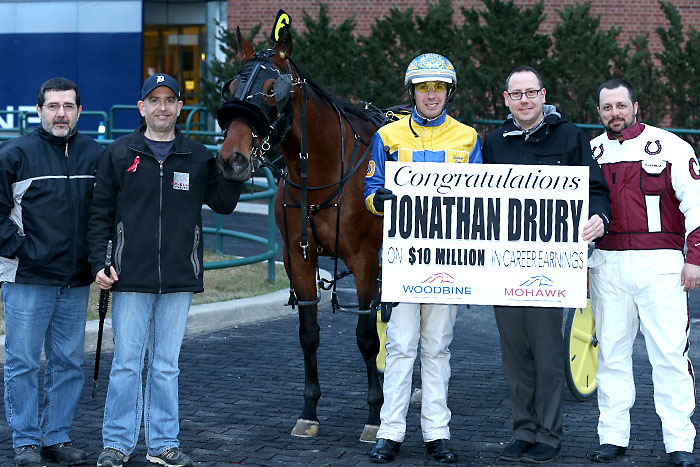 Drury, who won 142 races last year, has driven 34 winners this season for earnings nearing $600,000. Last season was a career best for Drury, as he drove the winners of over $2.1 million.

The next milestone on the horizon for Drury is the 1,000 win mark. He currently sits at 928 career wins.