All eyes were on heavy favourite Nirvana Seelster in the Ontario Boys final, as he went for the series sweep.

Driven by Phil Hudon, Nirvana Seelster sprinted out quickly to the front to grab his usual spot on the lead and would cruise along in control cutting out fractions of :27, :56 and 1:24.4

In the stretch, Nirvana Seelster continued to pace strong and was never in any danger of surrendering his lead. He posted a final-quarter of :27.4 to score a length and a quarter victory in 1:52.3.

Ideal Jet got up to finish second, while Kindofabigdeal took the show spot.

A son of Camluck, Nirvana Seelster is trained by Bill Budd for owner Bruce Davy. The four-year-old pacer swept the Ontario Boys series by winning each leg on the front-end.

Nirvana Seelster now has three wins from seven starts this year and ten career victories overall. The winner’s share of the purse pushes his career bankroll over $145,000.

In the Ontario Girls final, Artistic Fusion was sent off as the heavy 2/5 favourite and did not disappoint winning in 1:53.4. 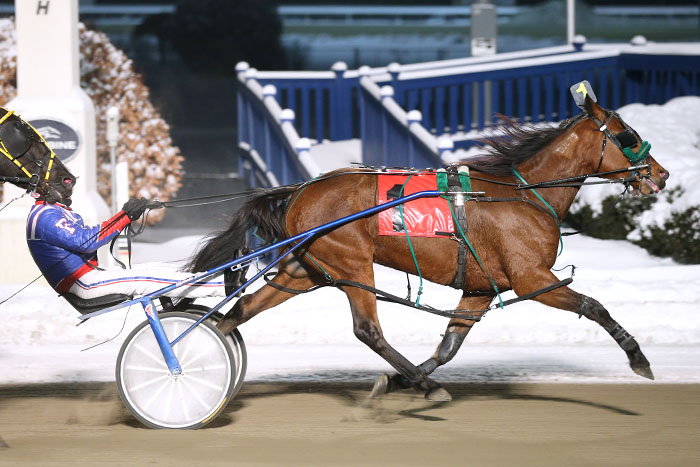 A first-half battle saw a parked out Regally Ready finally clear to the front before the half ahead of Performing Art. However, Jack Moiseyev wasted no time charging Bet Ya up from fourth to overtake the lead from Regally Ready at the half in :55.

In the stretch, Artistic Fusion powered by Bet Ya and paced on to the win the Ontario Girls final by a length and a half.

A hard-closing Jakardez got up for second, while Bet Ya finished third.

A daughter of Artistic Fella, Artistic Fusion captured the first leg of the series, but then saw her four-race win streak snapped in last week’s second leg by Bet Ya. The series finale victory improves her record to five wins from six starts in 2015.

Artistic Fusion is trained by Joe Agostino for owner Mike Foote and now has an Ontario Girls title to go along her Blizzard series triumph a month ago.

Artistic Fusion now has 11 career victories and earnings of over $142,000.