MILTON, October 14, 2022– Star driver Bob McClure will be meeting fans and signing autographs ahead of Saturday’s card of live racing at Woodbine Mohawk Park as part of the 2022 Breeders Crown Charity Challenge.

Bob McClure represents Team Determination in support of Kids Help Phone. Fans can meet McClure and Kids Help Phone representatives at 6pm at the Community Corner, located near the program booth on the main floor of the grandstand.

Running from September 7th to October 27th, the Breeders Crown Charity Challenge invites four teams, with each entry comprised of a prominent owner, their charity of choice, and a Woodbine leading driver, to compete to net the largest donation amount.

See the teams below:

Supporters are asked to use the Twitter hashtag of their favourite team and include #CrownCharity22. Team Determination’s hashtag is #DeterminedToWin. 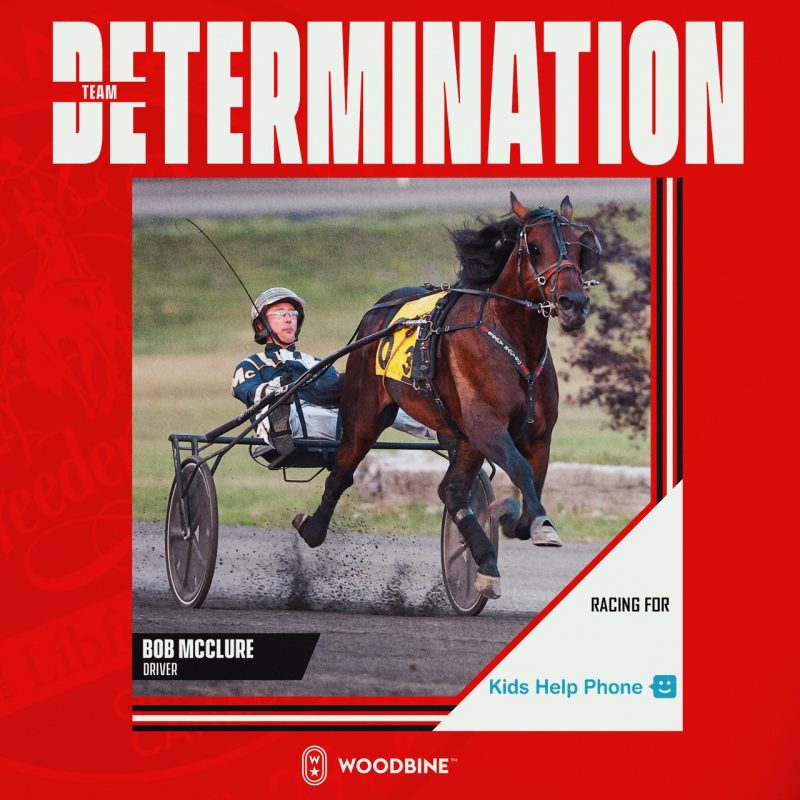