The contest is an 8-week challenge and the player who accumulates the most points after 8-weeks is the winner.

Following Monday’s Week 7 leg, just eight players will have a chance to win the entire challenge in the final week. A total of 130 players have entered throughout the contest, but just seven players sit within five points of the current leader at 21. 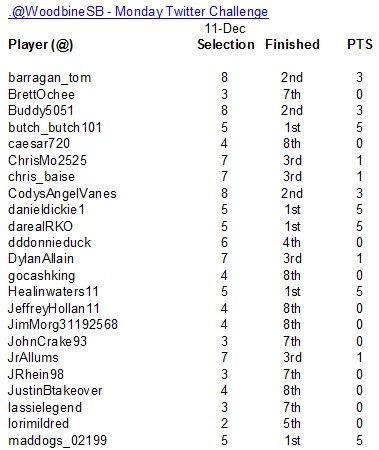 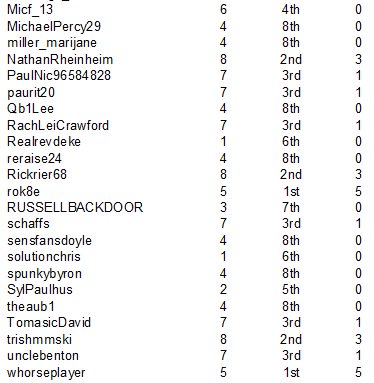 Here are the Full Standings for “Monday Twitter Challenge” entering the final leg (December 18) of the challenge. (NOTE: * beside a player’s point total indicates player still has an opportunity to win the challenge) 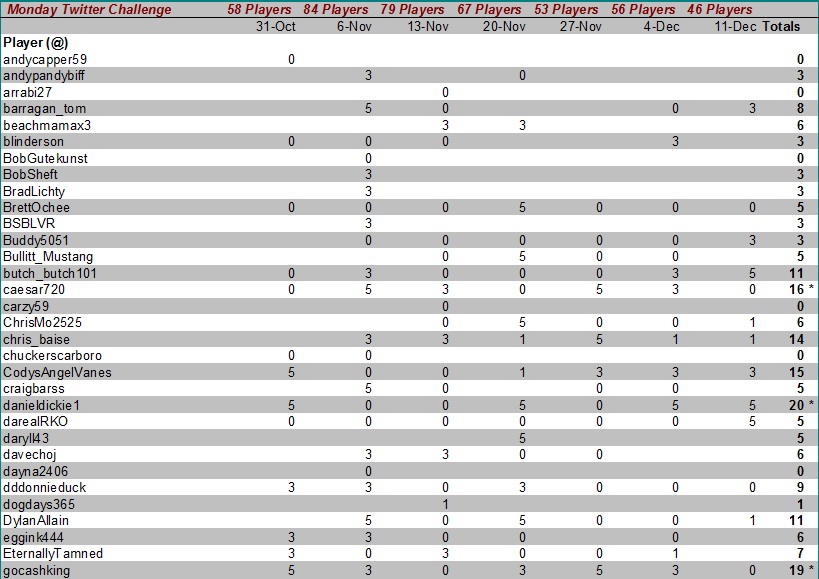 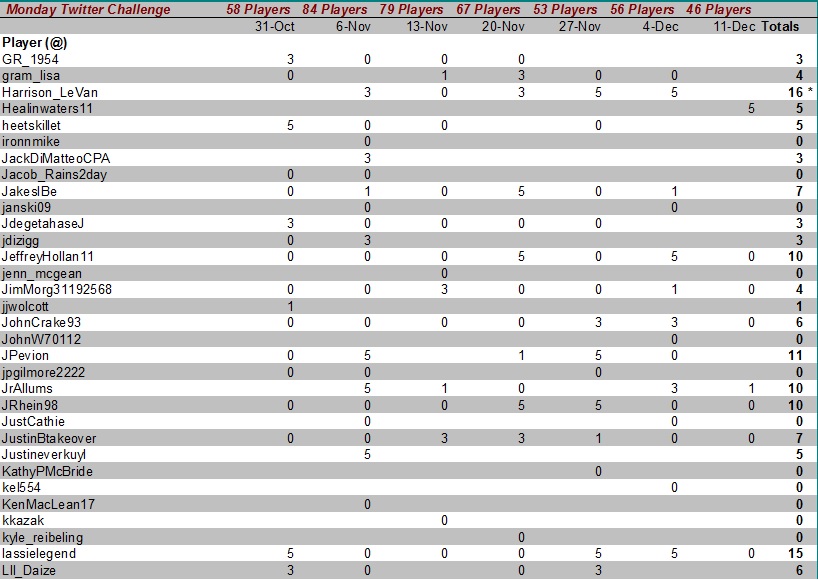 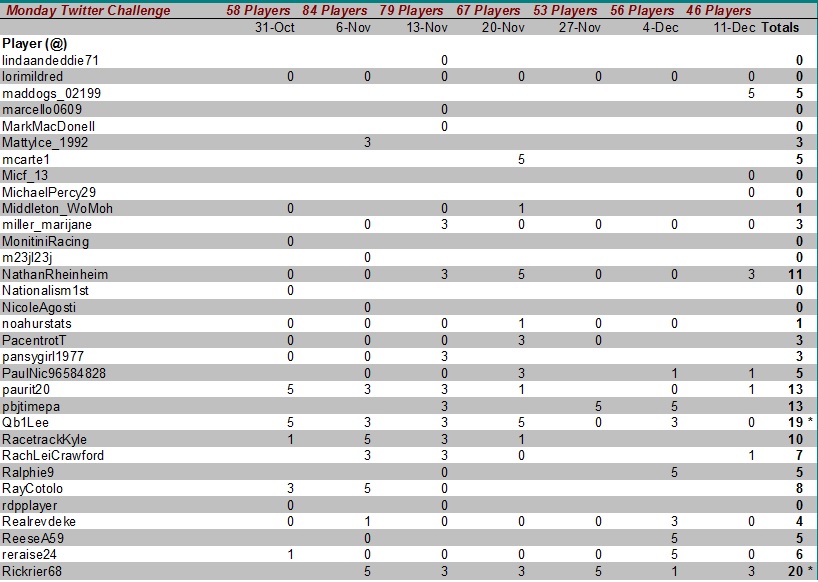 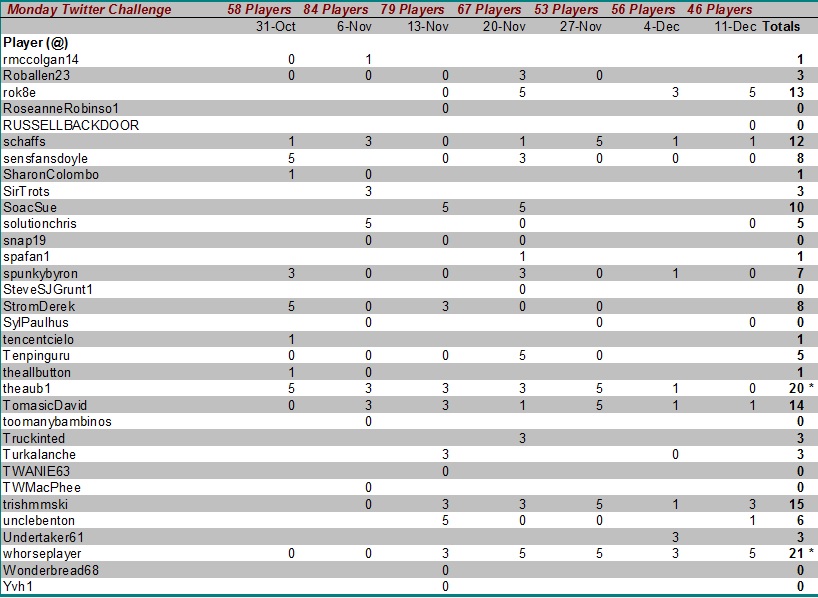