CAMPBELLVILLE, August 17 – This weekly feature offers a look back at the best Standardbred races and performances of the week at Mohawk.

#5 – Monday, August 12; Race 10 – Warrawee Limelight pulled of a shocker in an overnight race to round out Friday’s program. Sent off at 41-1, the Rob Fellows pupil converted from the pocket to win over the 4-5 favourite, Brushstrokes. The four-year-old mare paid $84.50 to win. 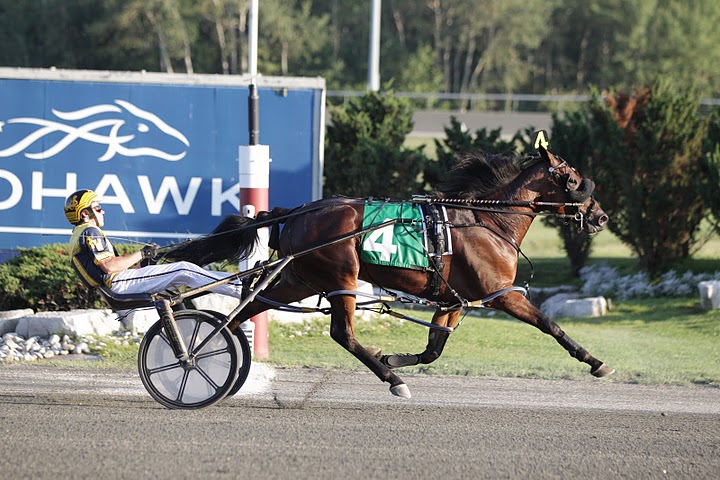 #4 – Friday, August 12; Race 1 – Shelliscape is now undefeated in five lifetime starts and has proved once again she is a handy filly who can cut the mile or win from off a helmet. In a wire-to-wire effort, the Bob McIntosh student romped in her two-year-old conditioning assignment. With regular pilot, Randy Waples in the sulky, the pacing miss opened up a two and a half length lead to get under the wire in 1:54.2 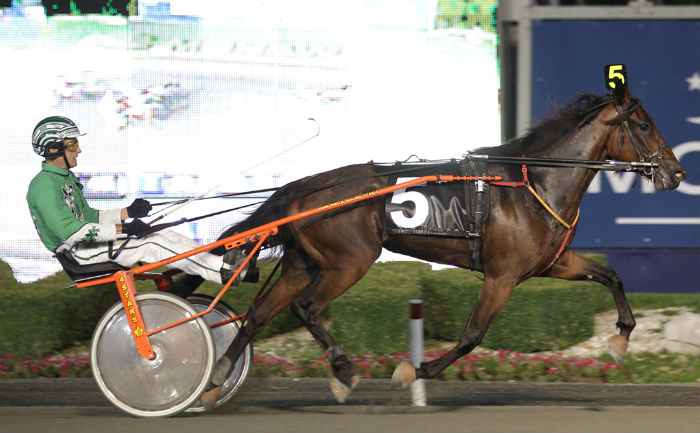 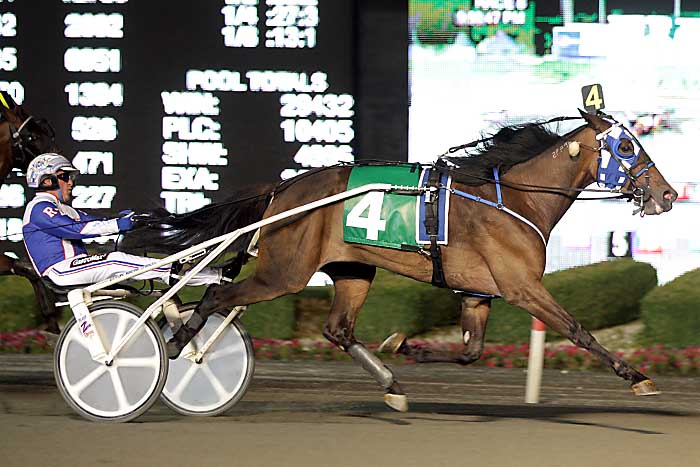 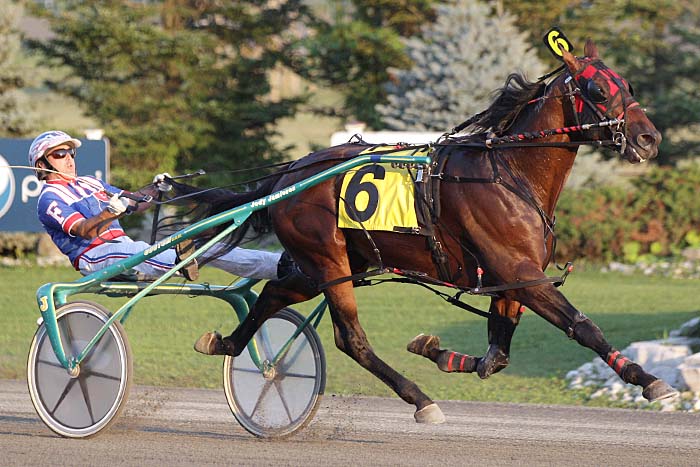 #1 – Saturday, August 13; Race 2; Preferred – After a month layoff, Meirs Hanover let everyone know he is back. In his Mohawk debut, the David Menary trainee romped in the $35,000 Preferred Pace with a wire-to-wire effort.  With Sylvain Filion in the bike, the four-year-old son of Artsplace won by two lengths while lowering his lifetime mark by two-fifths of a second to 1:48.4.