TORONTO, December 20 – This weekly feature offers a look back at the best Standardbred races and performances of the week at Woodbine. 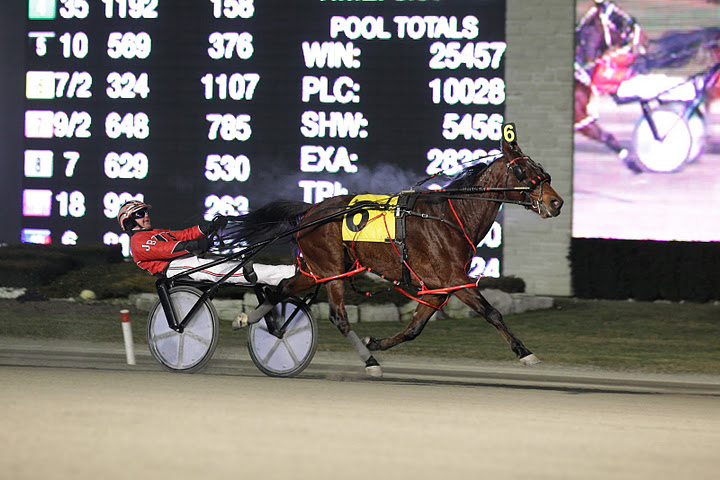 #5 – Saturday, December 17; Race 6 – Whippet Good, who has been winless in his last seven starts, finally found the winner’s circle. The James De Chellis veteran was second-over into the final turn and was taken three-wide before the three-quarter marker by driver Jason Brewer. The nine-year-old gelding captured his conditioned event by three-quarters of a length in 1:51.4. Whippet Good returned $9.40 to win as the second choice. 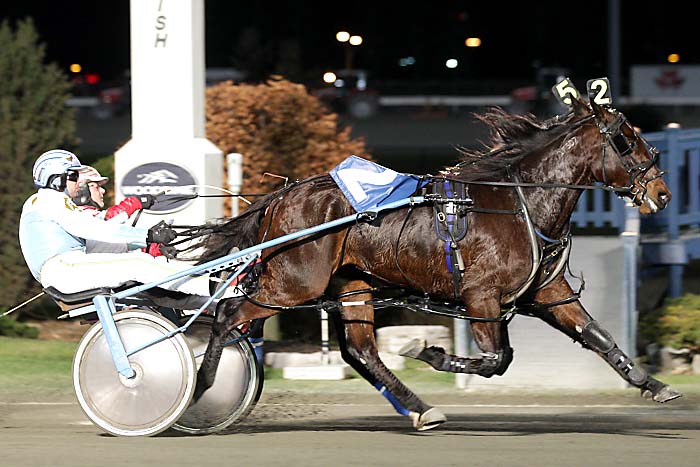 #4 – Monday, December 19; Race 6; Niagara Stakes elim – Fresh off a three month layoff, Markella pulled off a mild 5-1 upset in her $25,000 Niagara elimination. The Charalambos Christoforou pupil got up in the nick of time to win by a nose in 1:55. The three-year-old pacing filly was driven to victory by Chris Christoforou. Markella paid $12.80 to win. Click here to read more. 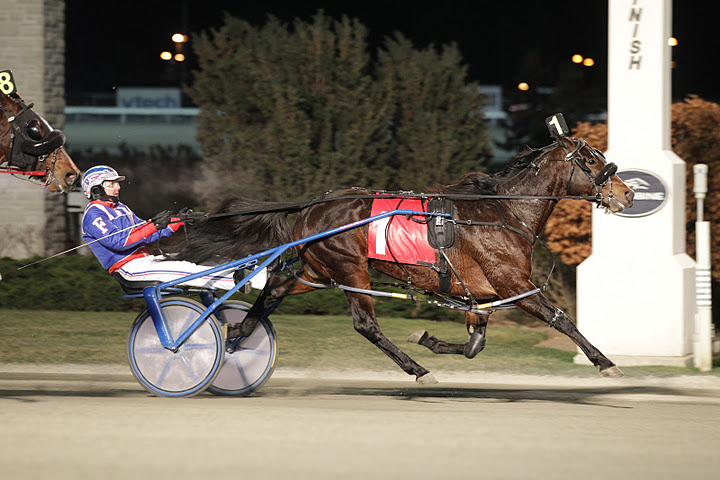 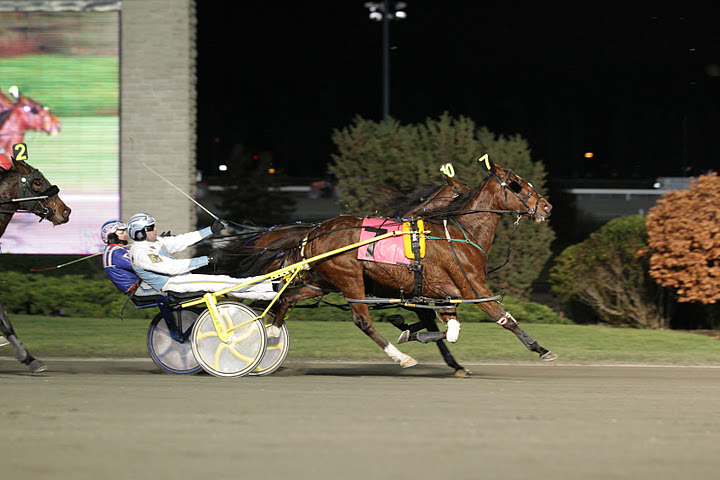 #2 – Friday, December 16; Race 5; Fillies & Mares Open Handicap – Dreamfair Eternal, Canada’s reigning Horse of the Year, defeated the heavily favoured Rebeka Bayama in the $42,000 Fillies & Mares Open Handicap.  Driven by Chris Christoforou, the Pat Fletcher trainee paced home in a :27.4 final quarter to win by a neck in 1:52.1. The seven-year-old mare, who is also a double millionaire, made her 52nd lifetime trip to the winner’s circle. Dreamfair Eternal paid $6.60 as the second choice. 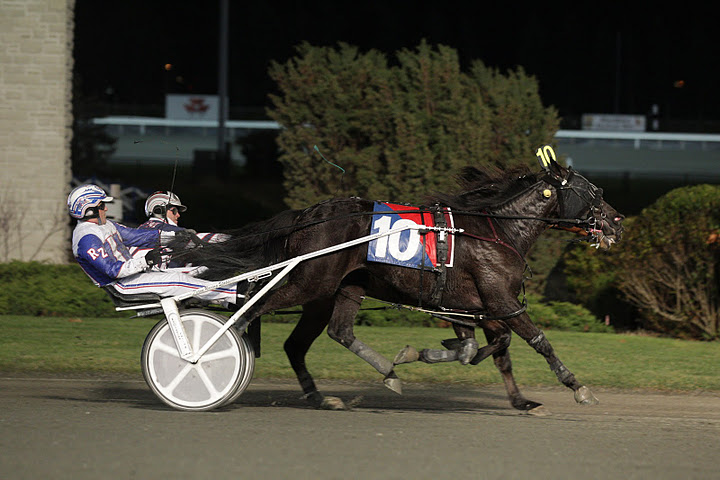 A DUEL TO THE WIRE

#1 – Thursday, December 15; Race 2 – From post nine and 10 respectively, the Mario Macri-trained colt, Matrix, and the Rousell Mackenzie-trained filly, Weslynn Legacy, put on a show in their conditioned event. The three-year-old trotters dueled in the stretch to get under the wire simultaneously. The photo finish revealed a dead-heat. The pair scored in 2:00.1, a whopping 16 and a quarter lengths ahead of their rivals. Both sophomores broke their maiden in the process.