CAMPBELLVILLE, July 27 – This weekly feature offers a look back at the best Standardbred races and performances of the week at Mohawk. 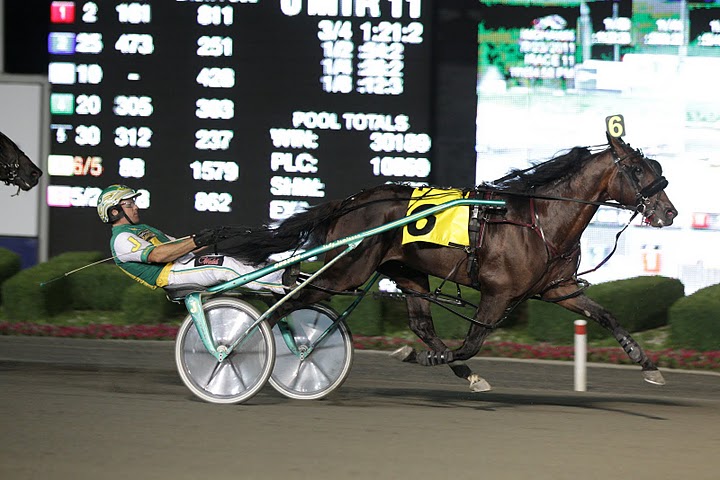 #5 – Saturday, July 23; Race 11; Open Pace – Art Professor took a scorching new lifetime best in the $45,000 Open Pace. The Ben Wallace trainee stopped the teletimer in 1:47.4 with Jody Jamieson in the sulky. The four-year-old son of Art Major-Allamerican Toffee opened up on the field to score by one and three-quarters of a length, pacing home in :26. 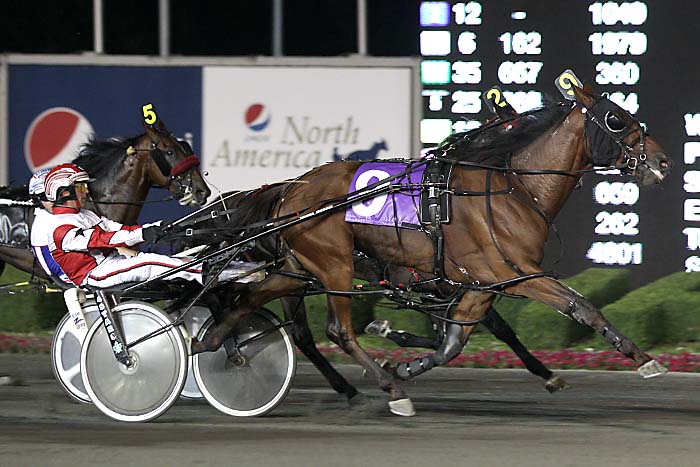 #4 – Saturday, July 23; Race 9; Canadian Breeders Championship (CBC) – The Christopher Beaver-trained and Luc Ouellette-driven Camaes Fellow pulled off a shocker in the $149,643 CBC final for three-year-old pacing colts and geldings. At 66-1, the bay gelding defeated 7-5 favourite, Twin B Legend, by half a length in 1:50.2. The son of Mach Three-Camae paid $134 to win. 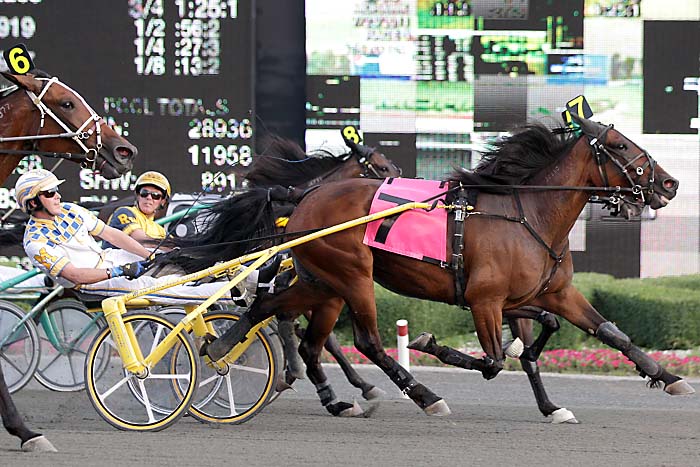 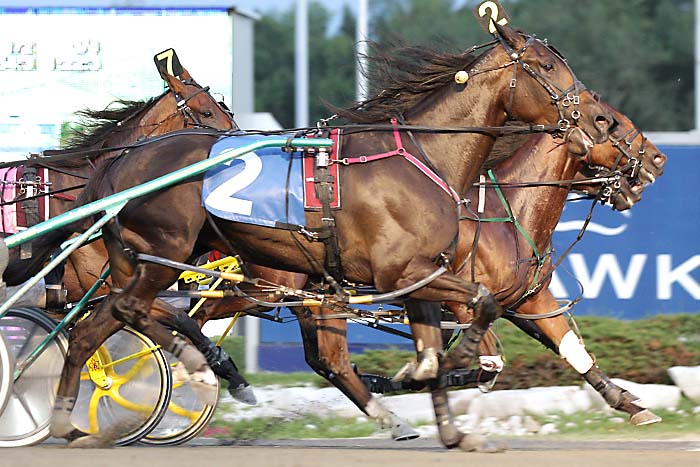 #2 – Saturday, July 23; Race 5; Roses Are Red – The 2010 Horse of the Year, Dreamfair Eternal, took the $385,000 Roses Are Red by a nose over last week’s elimination winner, Laughandbehappy. Sent off at 6-1, the Pat Fletcher star pupil scored the victory in 1:50 with Randy Waples aboard. Dreamfair Eternal, who is also a two-time O’Brien Award winner as champion older pacing mare, won her second Roses Are Red, winning her first in 2009. Click here to read more. 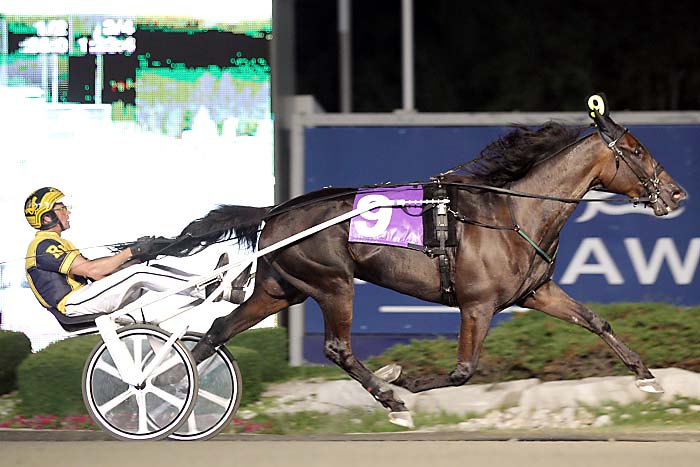 SCOOPING UP ANOTHER MLT