CAMPBELLVILLE, August 3 – This weekly feature offers a look back at the best Standardbred races and performances of the week at Mohawk. 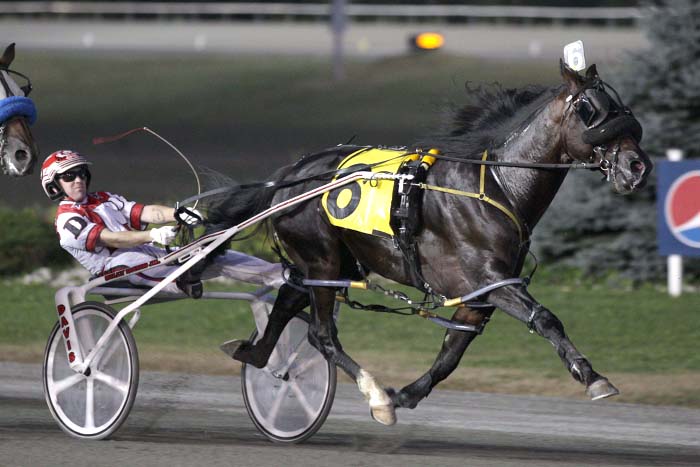 #5 – Monday, August 1; Race 6 – Seven Grins pulled of a 28-1 upset in a conditioned pace to notch his first win of the seaon. The Terry Langille student and driver Billy Davis Jr. took the lead before the first quarter and didn’t look back. The three-year-old Grinfromeartoear colt stopped the teletimer in a career-best clocking of 1:52.1. Seven Grins paid $57.80 to win. 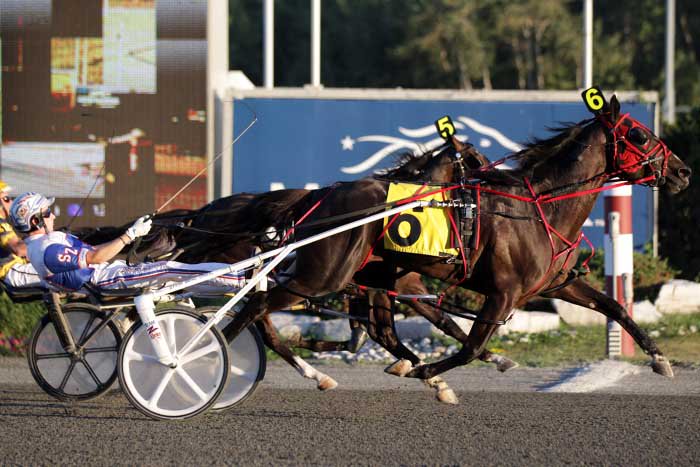 GOLD IN HIS POCKET 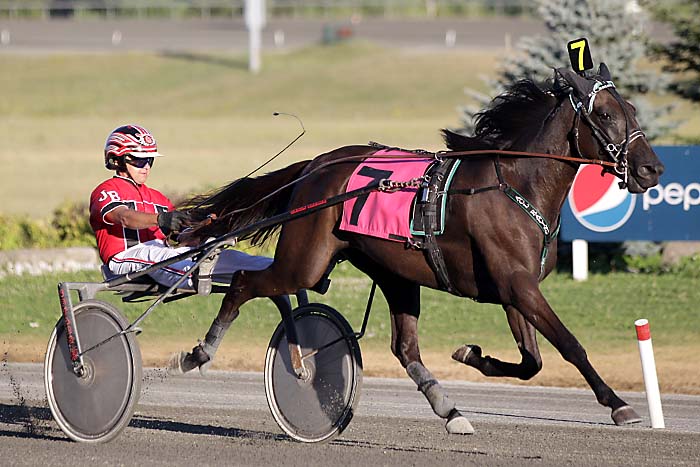 #3 – Monday, August 1; Race 5; In Free final – Gisela As scored an off-the-pace victory in the $50,000 In Free final for trainer Anette Lorentzon. Driver Jason Brewer and the two-year-old filly were fourth at the three-quarter marker, but in deep stretch the daughter of Infinitif-Golden Door Lindy dug in to get under the wire by a neck in 1:58.2, a new lifetime best. Gisela As paid $10.60 to win as the second choice. To read more click here. 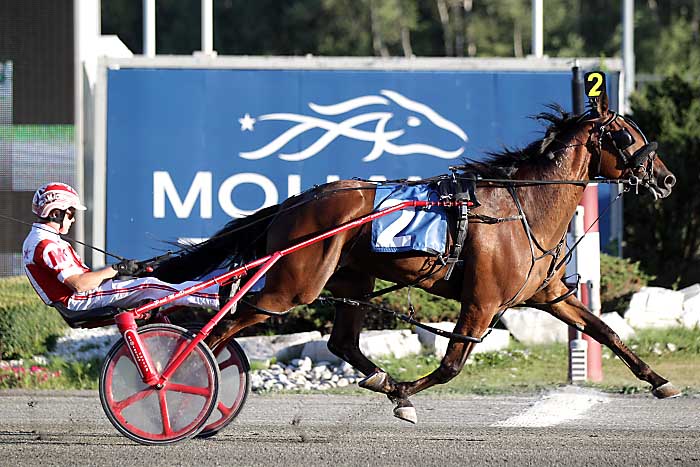 #2 – Saturday, July 30; Race 1; Ontario Sires Stakes Gold elim – Driver Paul MacDonell and Twin B Legend delivered as the 4-5 favourite in the $40,000 OSS Gold elimination for sophomore pacing colts and geldings. The Jack Darling pupil hit the wire with a one and three-quarter lead over the Jeff Gillis-trained Mystician.  The pair stopped the clock in 1:49.4, which is a new lifetime mark for the gelded son of Mach Three-What An Attitude. 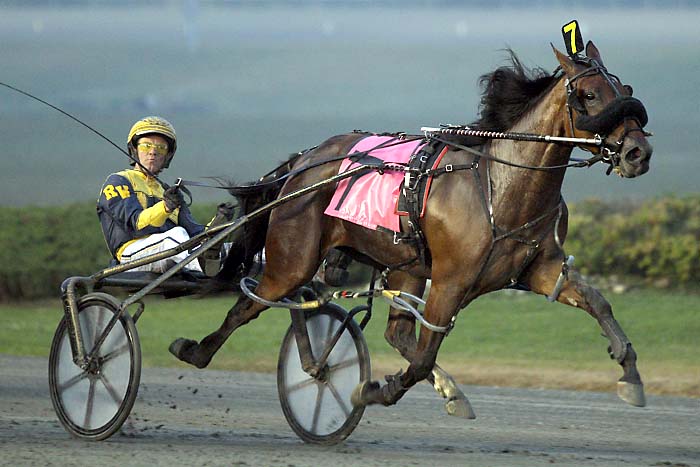 #1 – Thursday, July 28; Race 5; Whenuwishupsonastar elim – The Bob McIntosh trainee Shelliscape is now three-for-three in her debut season after capturing the lone $20,000 Whenuwishupsonastar elimination.  With driver Randy Waples in the sulky, the daughter of Artiscape-Shell I Scoot came from off-the-pace to win by a neck in a new lifetime mark of 1:53.4. Click here to read the elimination recap and click here to read more on Shelliscape.

Click here to read the recap of the OSS Gold eliminations.