TORONTO, November 8 – This weekly feature offers a look back at the best Standardbred races and performances of the week at Woodbine. 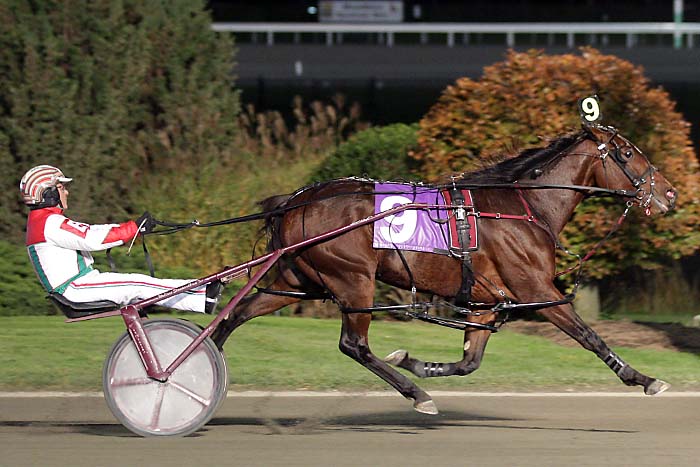 #5 – Thursday, November 3; Race 5 – Two-year-old pacing filly Classy Lane Rose converted off a pocket trip to shake up the second leg of the early Pick 4. The Ben Wallace pupil found the winner’s circle at odds of 30-1.  With driver Mario Baillargeon in the bike, the daughter of Jeremes Jet stopped the teletimer in 1:53.3. She paid $62.60 to win. 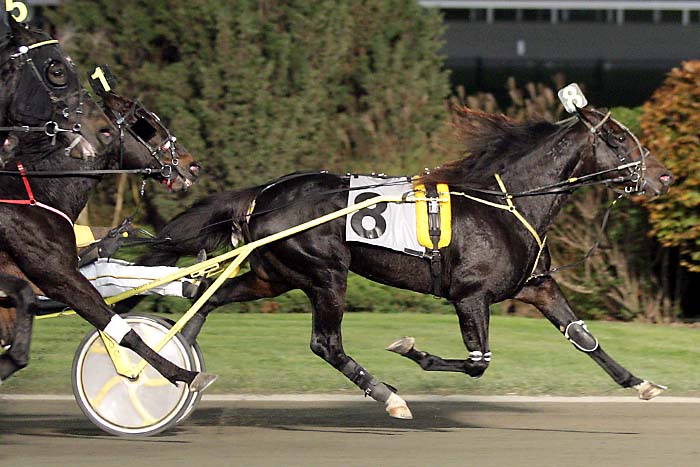 #4 – Friday, November 4; Race 6 – Major Herbie pulled off a 40-1 shocker in his conditioned event for trainer/driver Wayne Henry. The three-year-old ridgling took the early command with a eye-catching :26.4 opening panel. The son of Here Comes Herbie remained the tempo-setter, getting under the wire in a new lifetime mark of 1:55. Major Herbie paid $82.80 to win. 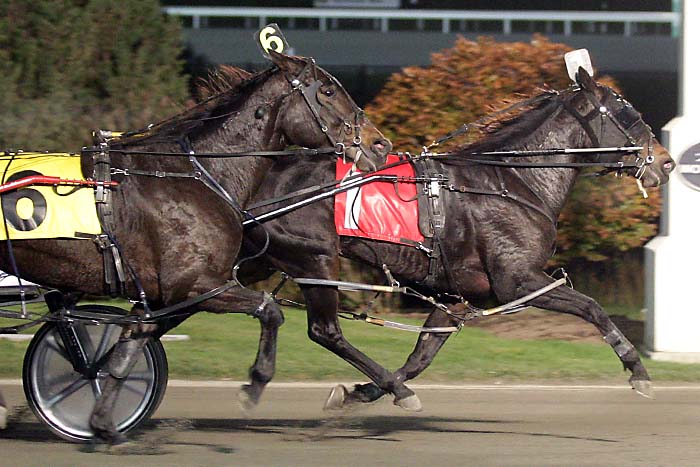 #3 – Saturday, November 5; Race 1 – The Tan Micallef-trained and Roger Mayotte-driven Hat Trick Honey started Saturday’s card off with a bang. The 47-1 upsetter took a new mark with her 1:52.2 performance, scoring her third victory of the season. The four-year-old Million Dollar Cam mare paid $97.70 to win. 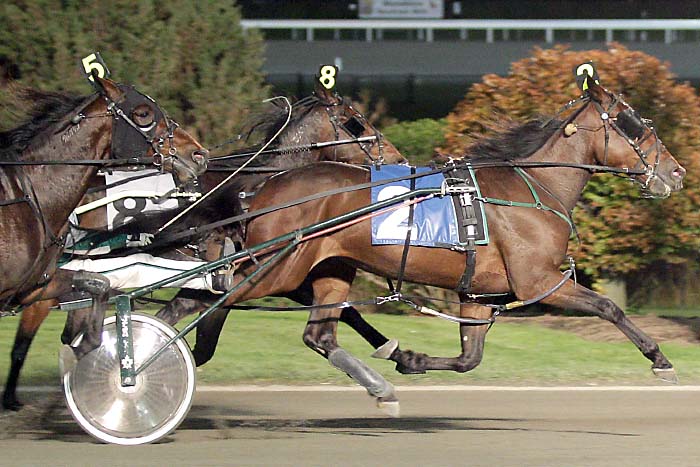 #2 – Thursday, November 3; Race 3 – Freshman trotter Midfield Magic bested the heavy favourite The Game Plan, who went into the dash with a four race win streak.  At odds of 78-1, the Frank O’Reilly student rallied from off-the-pace to capture his second lifetime triumph in a career-best clocking of 1:57.2. The Kadabra gelding was driven to victory by hall of fame reinsman Doug Brown.  He paid $158.40 to win. 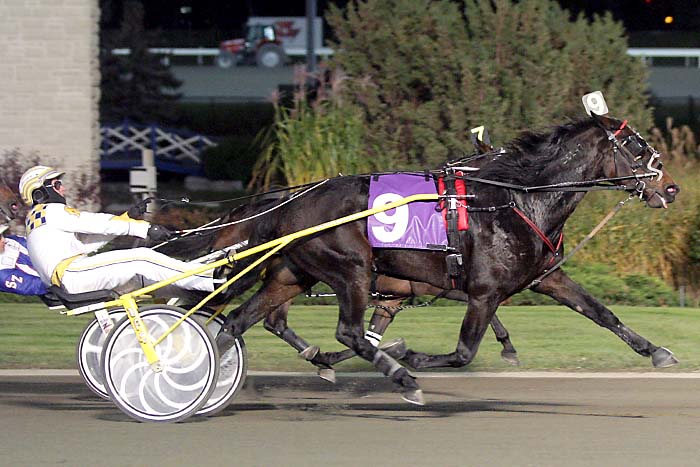 WALKER WITH A SHOCKER

#1 – Friday, November 4; Race 3 – Carscot Review lit up the toteboard when she took a new lifetime mark of 1:55.3 in an overnight race. At odds of 101-1, the Paul Walker trainee scored in gate-to-wire fashion with driver Mark MacDonald at the helm. The bay trotter held on to win by a neck over the 4-5 favourite, Birthday Bonus.  The four-year-old Oaklea Julian mare paid $204.10 to win.