TORONTO, January 3 – This weekly feature offers a look back at the best Standardbred races and performances of the week at Woodbine. 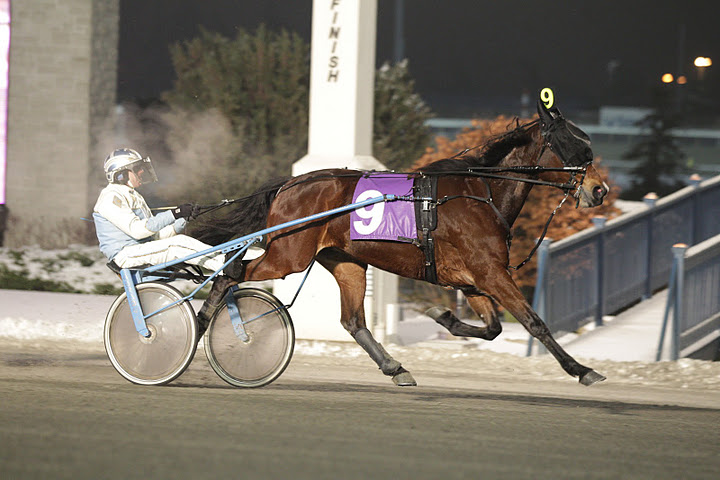 #5 – Friday, December 30; Race 1 – After a nine month layoff, P L Daley has been unstoppable.  The trotter has now scored in his third straight conditioned event for trainer Jeff Brooks. Driver Chris Christoforou and the five-year-old gelding got under the wire by two lengths in a new lifetime mark of 1:57. 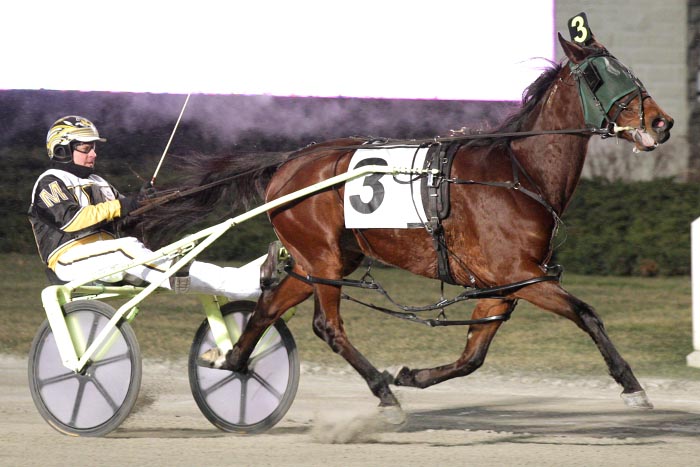 #4 – Monday, January 2; Race 11; Snowshoe Pacing Series – The David Drew-trained Modern Legend streaked to a three and a half length victory. After sweeping the Autumn Stakes elim and final, he didn’t disappoint in his division of the first leg of the Snowshoe Series. The four-year-old gelding and driver Jack Moiseyev used front-end tactics to win in 1:54, making their third consecutive trip to the winner’s circle. 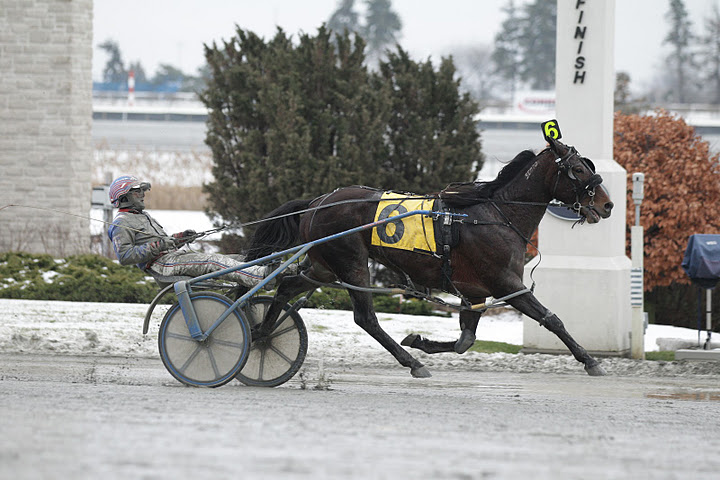 #3 – Saturday, December 31; Race 8; Preferred – Over a sloppy track, Sparky Mark delivered as the bettor’s choice, notching his seventh straight score at the Preferred ranks. With regular pilot Sylvain Filion in the bike, the Mark Austin pupil got under the wire by three and a quarter lengths in 1:53.2. 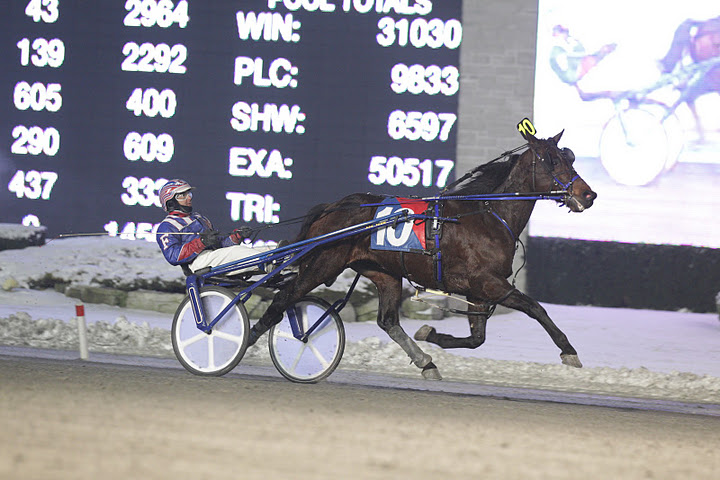 #2 – Friday, December 30; Race 3 – Charlie Is A Joker won his conditioned event for trainer Per Henriksen and driver Sylvain Filion. As a result, the four-year-old gelding captured his eighth consecutive victory. From the 10-hole, the heavily favoured trotter beat his rivals by three and a quarter lengths in 1:56.2. 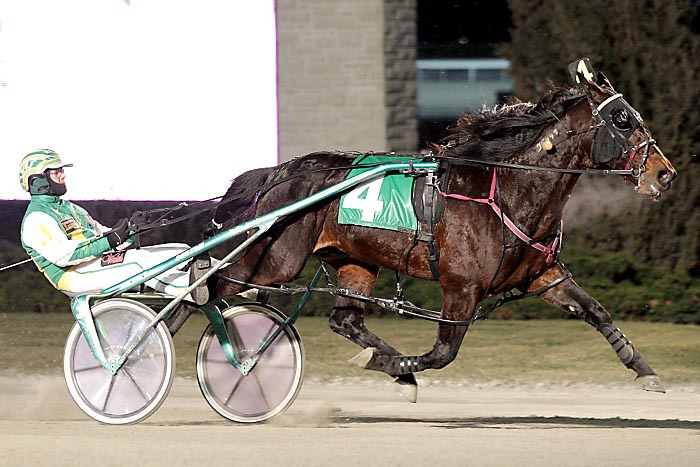 #1 – Monday, January 2; Race 9; Snowshoe Pacing Series – Three-year-old pacing colt Big League extended his win streak in the first leg of the Snowshoe Pacing Series. The Tony O’Sullivan trainee has a perfect nine-for-nine record.  The Maritime import was driven to victory by Jody Jamieson. Big League, who was the odds on favourite, scored the four and a quarter length victory in 1:55.2.