MILTON, September 1, 2022 – Racing fans will want to make sure they arrive early on Saturday night to Woodbine Mohawk Park to secure a free Bulldog Hanover T-shirt.

Woodbine will be celebrating “The World’s Fastest Standardbred” by giving the first 1,000 fans in the grandstand Saturday a free commemorative T-shirt. The superstar pacer will be competing in Saturday night’s $650,000 Canadian Pacing Derby. 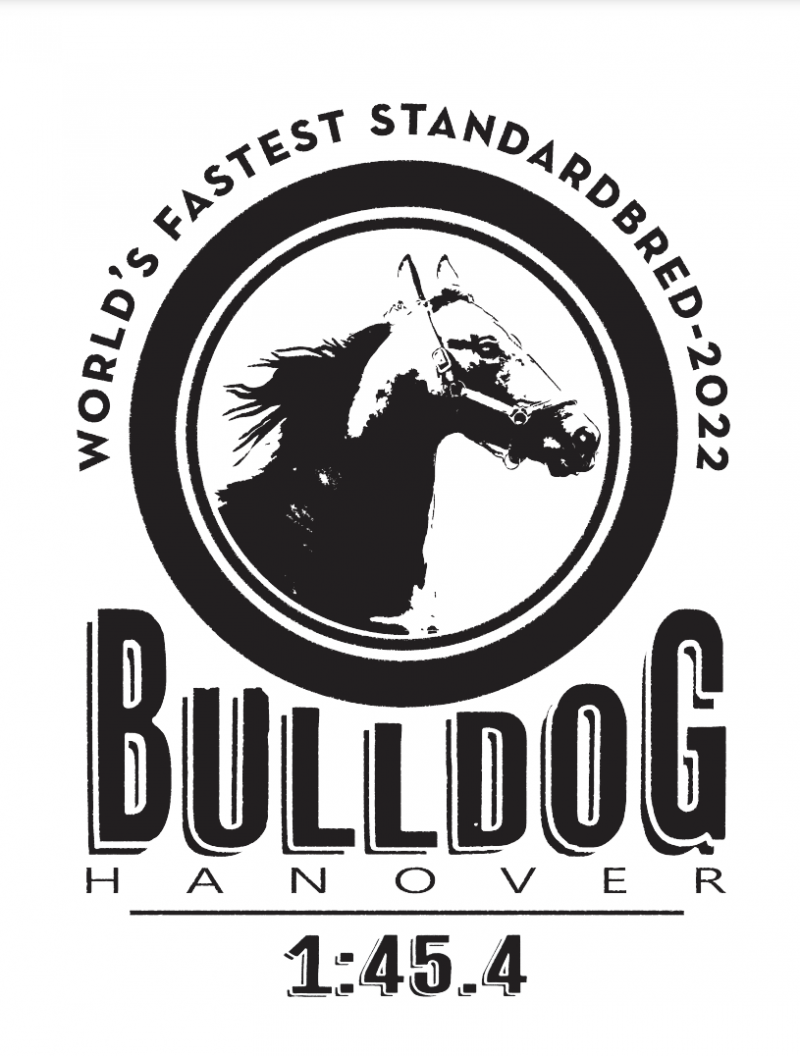 Earlier this season, Bulldog Hanover became harness racing’s fastest horse by posting a mile of 1:45.4 on July 16. The four-year-old is co-owned and trained by Jack Darling of Cambridge, while prominent owner Brad Grant of Milton also shares ownership.

Bulldog Hanover began his racing career in June 2020 at Woodbine Mohawk Park and has made 19 of his 31 career starts over the Campbellville oval. ‘Bulldog’ currently sports career numbers of 23 wins and $1.6 million earned.

The field for the $650,000 Canadian Pacing Derby is listed below: