TORONTO, August 28, 2018 – In tight quarters and competing at high speeds, standardbred drivers utilize strength, agility and quick thinking as they guide their horse through traffic and around difficult turns while chasing that lucrative purse money.

In Challenge Accepted, our athletes look to showcase their athleticism against professional athletes in other major sporting arenas. 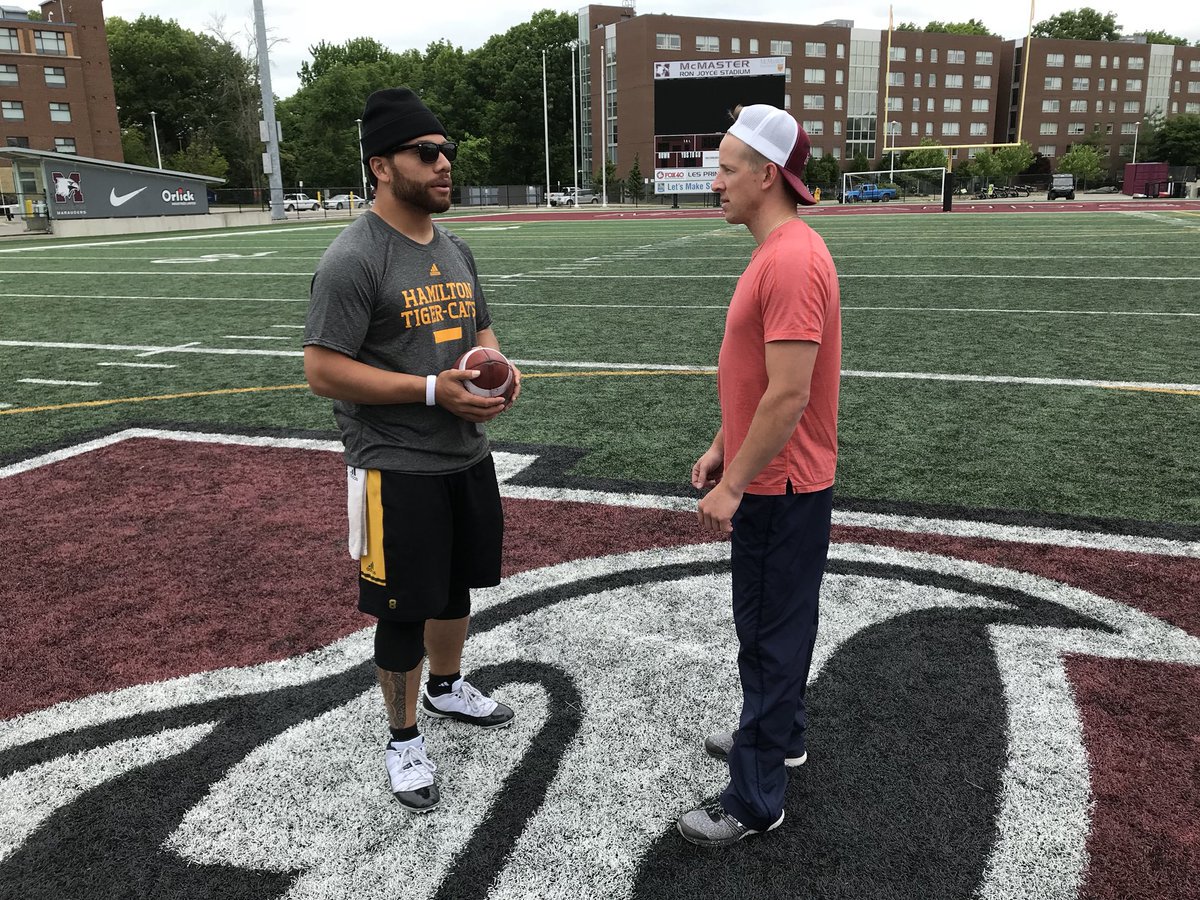 Up first is driver Doug McNair who accepts the challenge of Hamilton Tiger-Cats quarterback Jeremiah Masoli.

A resident of Guelph, Ontario, Doug McNair is the reigning Driver of the Year in Canada. The 28-year-old reinsman has been making a name for himself since winning his first career drive. McNair was the youngest driver in harness racing history to reach 1,000 wins at the age of 20. He became a regular driver on the Woodbine Circuit early in his career and captured his first Woodbine driving title in 2017. McNair reached 3,000 career wins in the Spring of 2018 and is nearing $50 million in career earnings.

Jeremiah Masoli is one of the breakthrough stars of the 2018 CFL season with the Hamilton Tiger-Cats currently sitting in playoff contention in second place in the East Division. Regularly throwing for more than 300 yards per game and with 9 TD passes on the season, Masoli’s accuracy and leadership has endeared him to the Ti-Cat faithful.

Let’s see if Doug can hold his own as he takes the field with one of Canada’s top quarterbacks!