Building a Toy Mountain at Woodbine

TORONTO, December 12, 2018 – Woodbine Entertainment is hosting raffles, bake sales and a toy drive once again this month in support of the Salvation Army’s Toy Mountain.

Through its combined efforts, and with contributions from the Horsemen’s Benevolent and Protective Association, approximately 1,500 toys have already been collected for donation, valued at $14,000. 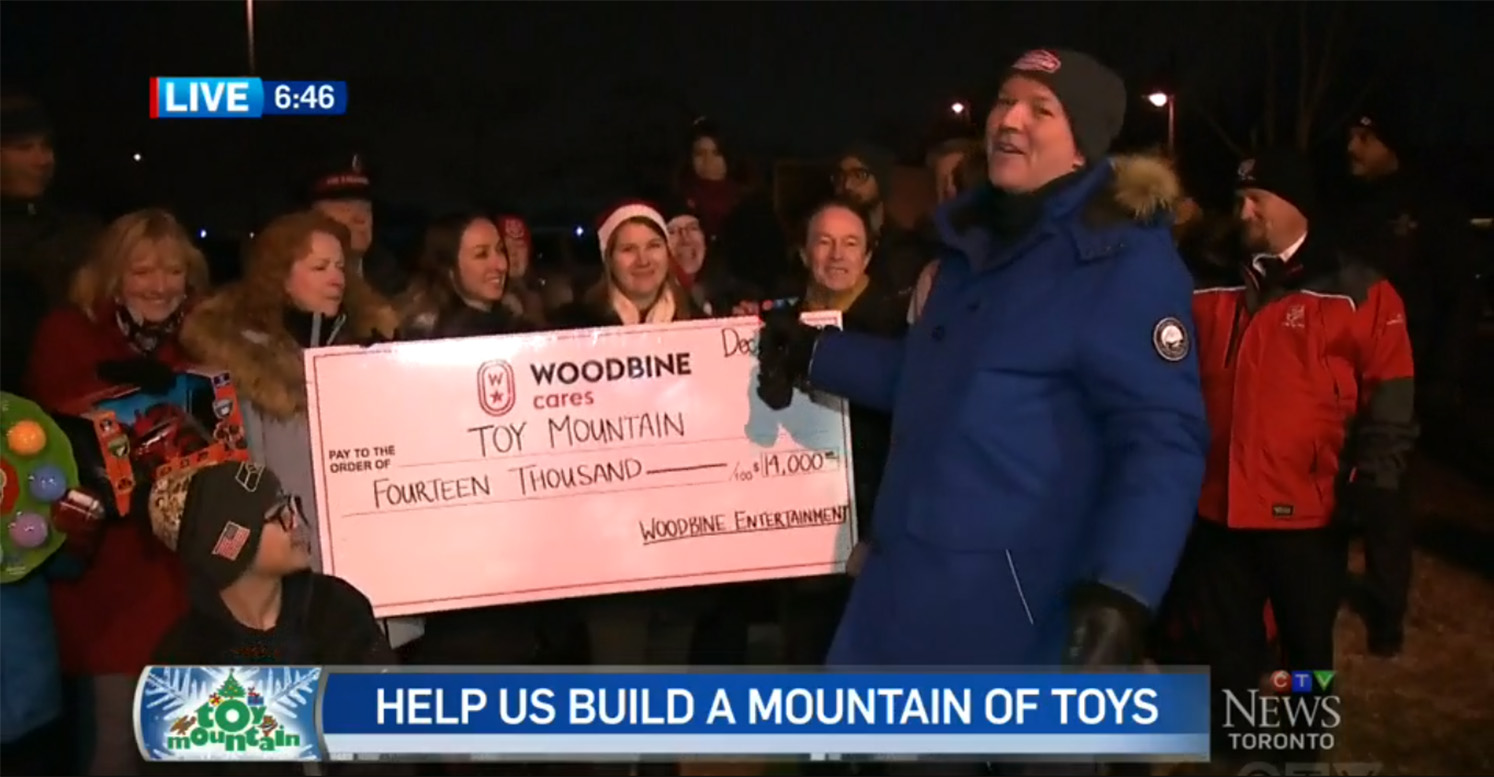