TORONTO, February 1, 2018 – Woodbine Entertainment has released the official logo for the 159th running of the $1 million Queen’s Plate, slated for Saturday, June 30 at Woodbine Racetrack.

To commemorate the iconic Queen’s Plate, Woodbine Entertainment’s Creative Services Department, headed by Creative Director Ken McConnachie with the support of Graphic Designers Joseph Cantin and Szabi Apro, have unveiled a sharp new logo boasting the traditional colours of royal blue and gold highlighted by a celebratory flourish of the winning rider. 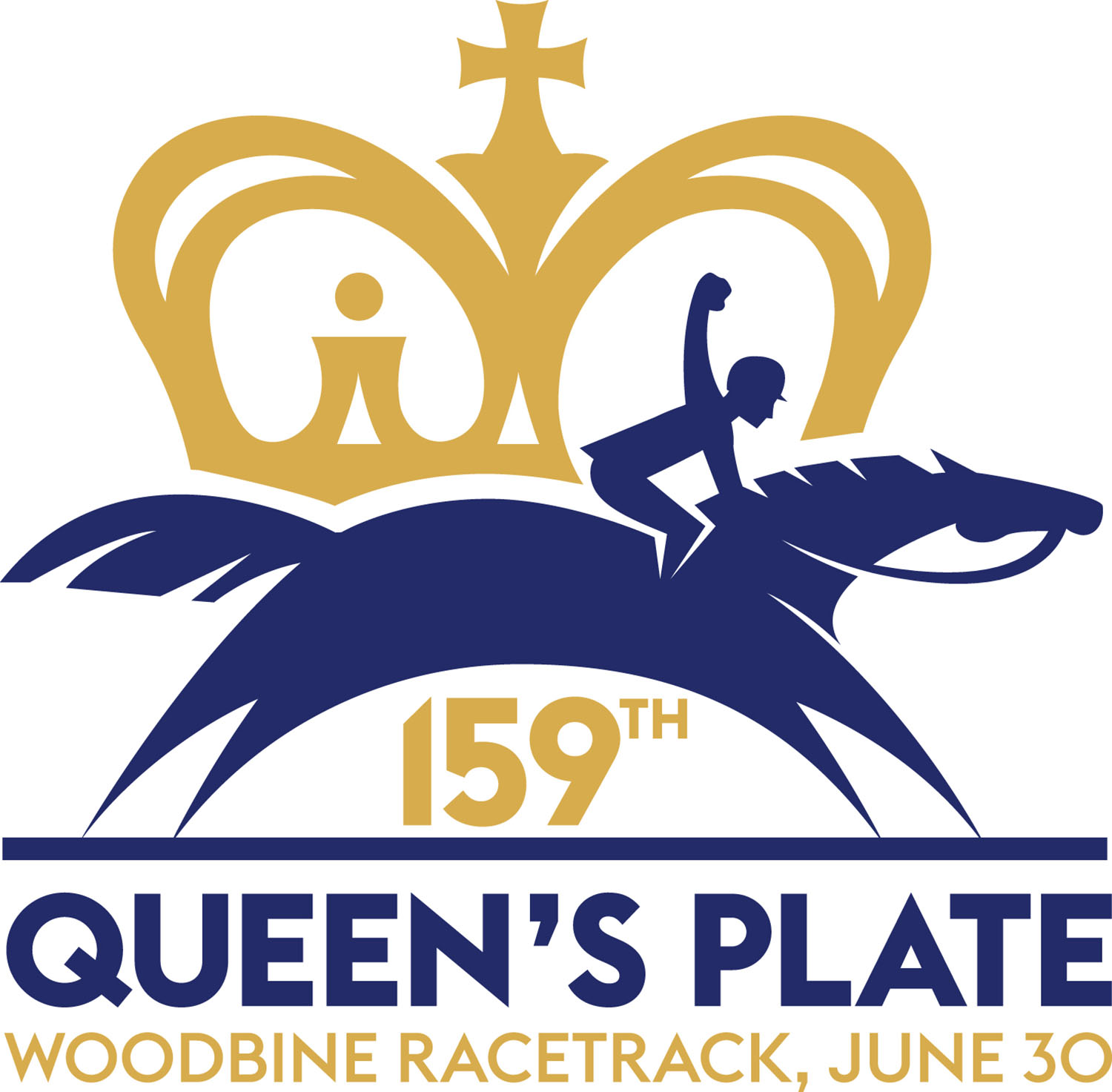 “We’re proud to unveil this energetic new logo which captures the intensity and athleticism of our great athletes, both equine and human, while maintaining the important connection to the regal history of this event,” said McConnachie.

Merchandise featuring the new Queen’s Plate logo will be available in the Woodbine Racetrack Gift Shop, located next to the Canadian Horse Racing Hall of Fame at the west entrance of the racetrack.

The Queen’s Plate, the first leg of the Canadian Triple Crown, is the centrepiece of the three-day Queen’s Plate Festival, which kicks off on Friday, June 29 with live racing, the fashionable Hats & Horseshoes Party presented by Stella Artois, and live music including a concert by three-time GRAMMY® Award-winning country music superstar Brad Paisley.

Saturday’s Queen’s Plate excitement will be capped by a post-race concert to close out the day with additional artists to be announced. The Festival will continue on Sunday, July 1 with free Canada Day celebrations and fun for the whole family.

Tickets can be purchased through Ticketmaster.ca.

Paddock Party Festival Passes are $75 and provide all of the above, plus a concert pre-party with live racing and entertainment, exclusive access to the beer garden for concert viewing, and admission to the Paddock Party for the Queen’s Plate.

Premium Festival Passes will be available for $350 and provide the ultimate country music fan experience. Passes offer all the benefits of the Paddock Party Festival Pass, plus exclusive access to premium hospitality tents for both the Brad Paisley concert and the Queen’s Plate, including gourmet food and alcoholic beverages, valet parking, and grandstand seating on race day.

Fans can visit QueensPlate.com for the latest updates on the spectacular Queen’s Plate Festival.