TORONTO, December 8, 2019 – Two-year-old filly Curlin’s Voyage gifted Hall of Fame trainer Josie Carroll with a stakes victory for her birthday on Sunday at Woodbine Racetrack, prevailing in a photo finish over Merveilleux in the $125,000 Ontario Lassie Stakes.

Away second-to-last in a field of six Ontario-bred two-year-old fillies competing over 1-1/16 miles, Husbands moved Curlin’s Voyage into striking range down the backstretch and rallied wide on the final turn with Merveilleux closing between horses. Those two took off in a battle to the wire, with Curlin’s Voyage ultimately prevailing in a head decision and stopping the clock in 1:43.85.

“I knew the horse on the inside – she’s a good filly – but I just wanted to keep a head on her swinging for home,” said Husbands of the stretch duel. 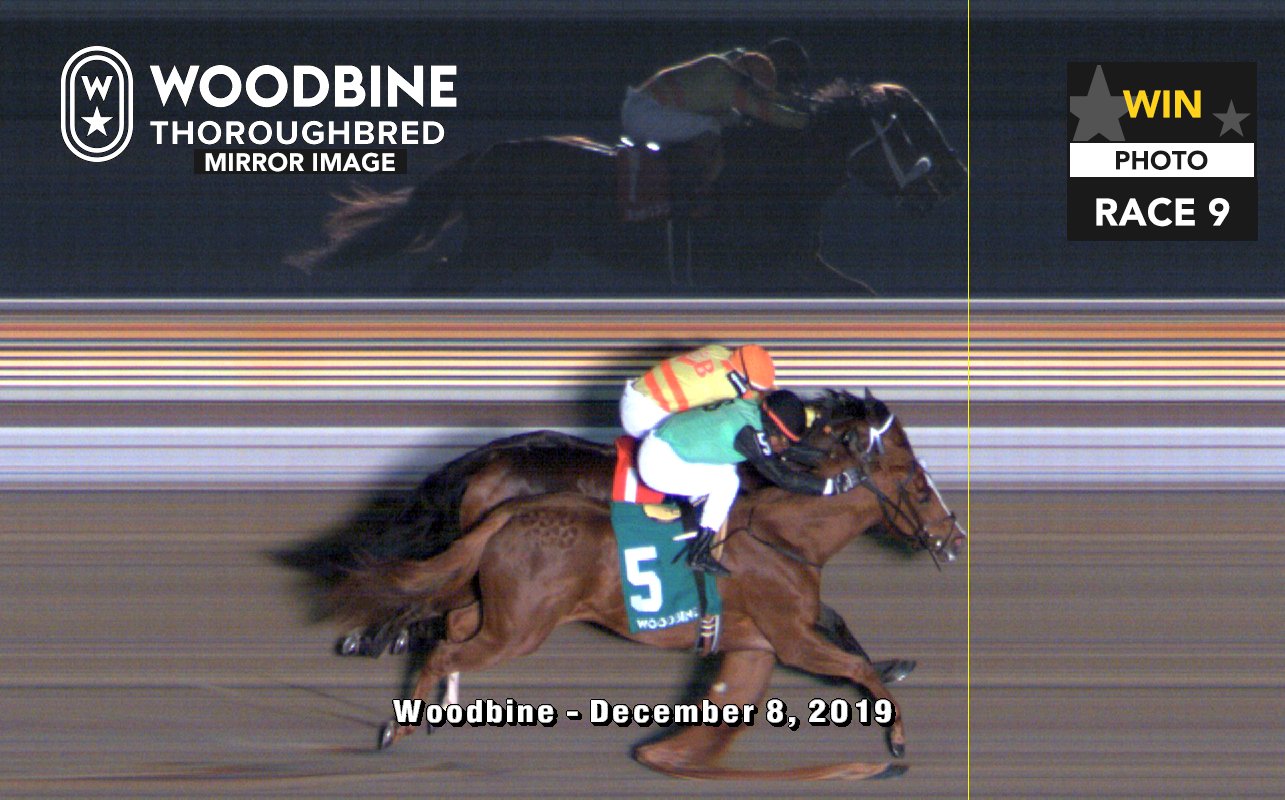 Despite trouble in the gate last time out October 26, Curlin’s Voyage finished fourth in the Princess Elizabeth Stakes won by Cool Shadows.

“Going into the last race from viewing the tape, I see she was given a little bit of trouble in the gates but today she was calm and a different horse,” said Husbands.

Carroll noted the incident in the starting gate last time hindered her chances in that race tremendously.

“She came back to the barn with a loose tooth and a cut face,” explained Carroll. “It took a very long time for her to get over that. I have to give my crew great credit. Billy, who gets on her, and her groom, they really did a lot of work settling this filly back down – it really rattled her.”

The Curlin-Atlantic Voyage filly, who inherited the win in the Grade 3 Mazarine Stakes this fall, put together a 2-1-1 record from five starts prior to the Ontario Lassie in rein to Eurico Rosa Da Silva.

“Patrick’s a great rider and we’re heading towards the Oaks hopefully with the filly and it seemed like a smart move,” said Carroll of the jockey change due to Husbands’ availability next season with Da Silva retiring at the conclusion of the meet next weekend.

Husbands announced after the race that today could be his final race day this season as he will be meeting with doctors on Monday to plan for surgery, which could be scheduled as early as this coming week, to examine enduring issues from his pelvis injury late last year.

“All the owners and trainers were good to me at Woodbine this year, but in the last seven weeks I started getting a lot of pain and, in this game, you’ve got to look out for yourself,” said Husbands.

The eight-time Sovereign Award-winning jockey sits top five in the Woodbine jockey standings with 80 wins including a meet-leading 20 stakes victories.

In other action, meet-leading trainer Norm McKnight posted 1-2 finishes in three races and ended the 13-dash card with a total of five wins.

Woodbine now enters the final week of the 2019 Thoroughbred racing season, with live racing on Wednesday evening at 6:45 p.m.