Dash for a dozen: Pink Lloyd’s next Woodbine stakes tour stop is the Shepperton

After launching his campaign with repeats in the Jacques Cartier, New Providence and Achievement, six-year-old fan favourite Pink Lloyd will also look for an encore in the 6 ½-furlong Shepperton, which followed the Vigil Stakes as his fourth win last season. This year’s $125,000 Vigil, now a Grade 3 event contested at six furlongs, will be run July 29 at the Toronto oval. 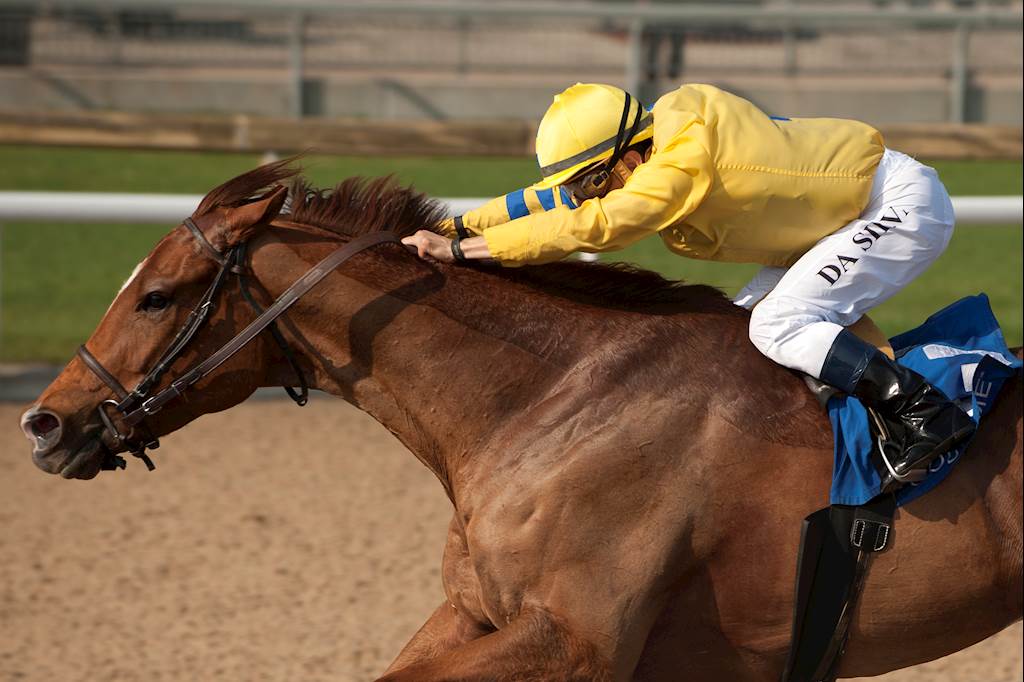 A son of Old Forester, Pink Lloyd eclipsed the $1 million mark in Canadian earnings with his latest victory in the $125,000 Achievement Stakes on June 3.

Bred in Ontario by John Carey, he now boasts 14 career wins – and one second – from 16 starts.

For the person who has the best seat in the house, so to speak, Pink Lloyd is a consistent chart-topper for good reason.

“What I love about him is that he is very special,” said regular rider Eurico Rosa da Silva, who also rode his dam, Gladiator Queen. “He’s a just a runner. He always has another gear inside of him. When I ride him, sometimes I think he’s reached his limit and I just give him a little push, and he takes off from there.

“He’s fooled me many, many times. He’s fighting head-and-head with another horse on the turn and I’ll start to worry. I think to myself, ‘Wow, he’s running on his limit.’ But then all of a sudden, he gives another kick again and he leaves them behind.”

[To learn more about Pink Lloyd, click in our behind-the-scenes video]

The veteran rider and multiple Sovereign Award champion will typically say a few words – if time allows – to Pink Lloyd in the final yards leading up to the wire.

“I always give a good word to him,” said da Silva, of the Robert Tiller trainee owned by the Entourage Stable of his longtime client Frank Di Giulio Jr. and friends Ed Longo, John Peri, John Lucato and Victor Mele. “I say, ‘Hey, my boy. You’re the best. Thank you.’” 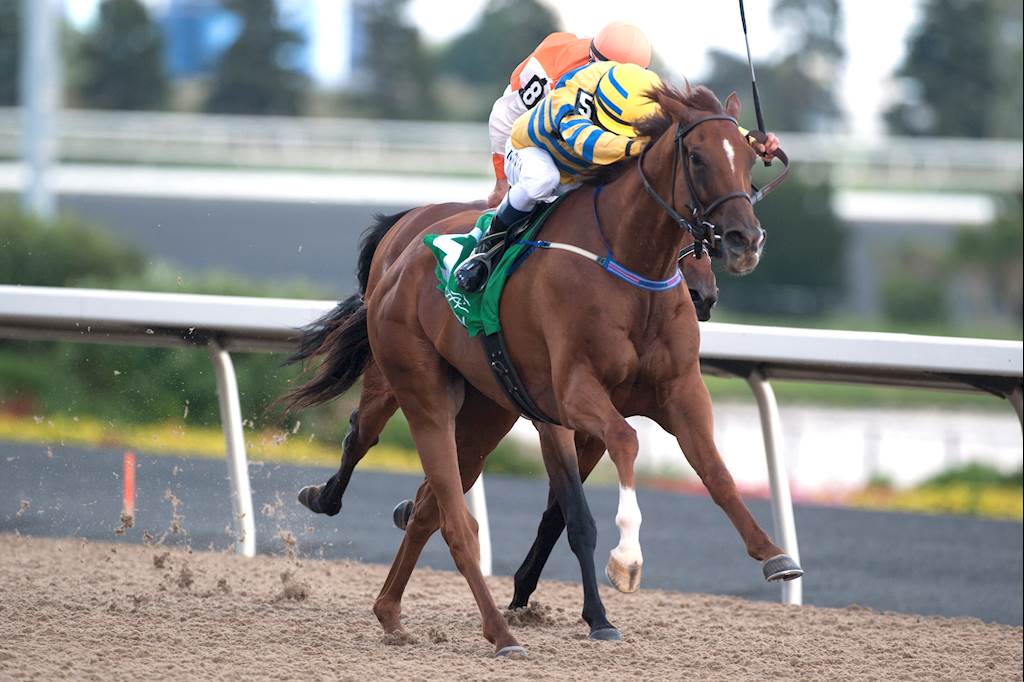 The Brazilian-born jockey repeats those words – or something to close to it – when he visits the Tiller barn the day after Pink Lloyd races.

“I just go close to him and absorb him more than I talk to him,” noted da Silva. “I just want to stand back, absorb him and get that feeling in my mind. He’s amazing.

“When you take him to the track, you almost have to drag him. He walks so relaxed. But when you get there, he switches from a relaxed horse to a very vigorous horse.”

Pink Lloyd’s also a performer that can bring the crowd to its feet the moment he steps into the spotlight.

“It’s never happened to me before that a horse can go head-and-head, where it seems like he is giving everything, and then he goes and finds another kick,” said da Silva. “It made me realize that you don’t always know everything about horses and that helps me to be a better rider. He gives me 100 per cent and I give that back to him.”