Alternative Route certainly has lived up to his name, as his final prep for the Queen’s Plate came in the Grade 3 Arlington Classic over 1 1 /16 miles of turf.

“After that I struggled to find a (Queen’s Plate) prep for him,” said Stall. “I looked at the Plate Trial but I didn’t want to bring him up there, and back, with just three weeks between races. And, I wasn’t comfortable leaving him up there, either.”

So, Stall, who trains Alternative Route for Spendthrift Farm and Town and Country Racing LLC, opted to choose a fork in the road which led to Illinois and an unexpected yielding turf course on May 26.

“They’d taken all the other races off the turf that day,” said Stall, who will be visiting Toronto for the first time. “The turf was a bog that day. The kid (jockey Mitchell Murrill) said the horse could barely stand up on it. But, he still finished fourth.

“In a perfect world they would have taken it off the turf, and he would have had his prep on Polytrack.”

Alternative Route also was making his first start in blinkers in the Arlington race and will retain the equipment for the Queen’s Plate.

“It’s tough to put blinkers on, after a win,” said Stall. “But he was very green in the Rushaway; he was literally shying away from everything. His ears were straight forward, the whole way. But, he certainly took to the Poly.”

Alternative Route has been training on a synthetic surface at the Skylight Training Center in Louisville with his latest move a four-furlong breeze in :49 last Saturday.

And, Stall also takes heart in the fact that the $265,000 yearling purchase is a full brother to Enstone, a multiple stakes winner who was based here with trainer Mark Casse. “She had great Woodbine form, on turf and Poly,” said Stall.

Cooler Mike, who will be looking to give his trainer his first stakes win in the Queen’s Plate, is the homebred who nearly got away.

“He was the last one that we had out of the mare,” said trainer Nick Nosowenko who also is the co-owner of the gelding in partnership with his father, Mike Nosowenko. “She’s getting fairly old now.”

The Nosowenkos entered Cooler Mike in the local CTHS select yearling sale but he did not meet his reserve of $58,000. According to Nick Nosowenko, there was more to the story.

“He actually got purchased but the buyer wouldn’t sign the ticket so we ended up taking the horse back,” said the trainer. “It’s funny how things work out.”

The stakes placed Cooler Mike, who sports a record of three wins and two seconds from eight starts, is coming into the Queen’s Plate well under the radar, and that’s just fine with his conditioner.

“It’s time for the little guys to win,” said Nosowenko. “The big boys have been winning it every year.”

Nosowenko’s previous Plate starter, Rackman, who is half-brother to Cooler Mike, was also named after his father, Mike.

“My dad, going back 50 years, used to bring a cooler to the backside for the help after every race,” said Nosowenko. “Everybody knows him and knows about his cooler and it was kind of fitting.”

The Rackman moniker was born during a family trip to Las Vegas.

“Back in the day, they used to have racks of coins so he used to always walk around with racks of dollar coins,” said Nosowenko. “One day he was coming up to the room and the elevator opened and I saw him and said ‘“Rackman, where have you been?’ So that name kind of stuck.”

Jesse Campbell, who was a regular here for six years and returned to the saddle just recently at Arlington Park, has been recruited for the mount on Cooler Mike.

Woodbine’s own food truck will lead a line-up of popular street eateries invading the 2018 Queen’s Plate Festival, which runs from June 29 to July 1. 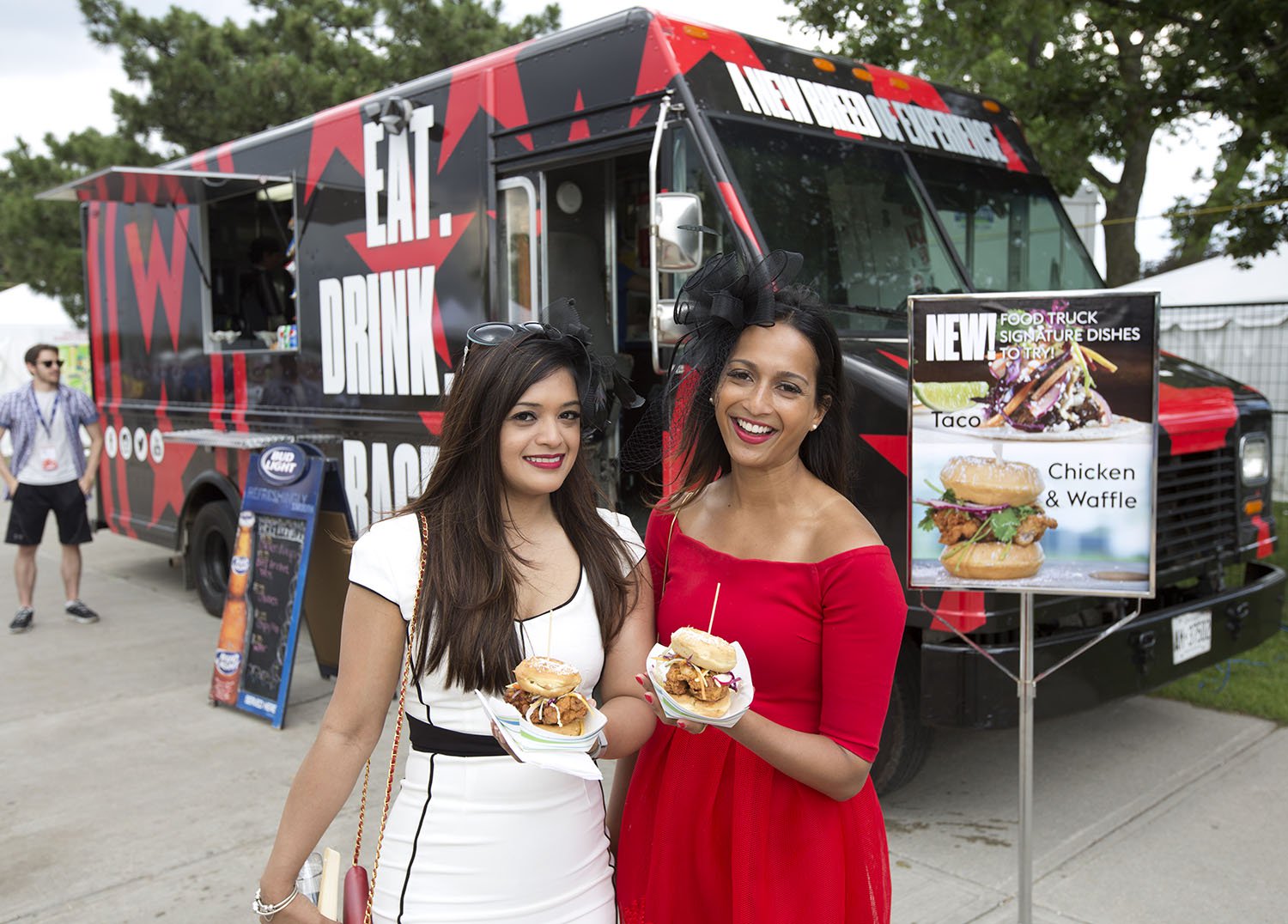 Foodies will have a selection of mobile menus to choose from over the course of the three-day festival including Apple Fritter Factory, Bruce Caboose, Busters Sea Cove, Fidel Gastro, Heirloom, Meltdown Cheesery, SWAT Food Truck, The Frying Dutchman, and The Ultimate Food Truck.

Read the complete story at QueensPlate.com