Titans Of The Turf: Sheikhzayedroad

​By Michael Adolphson for woodbine.com

TORONTO, November 6 – Many of the greats to race over Woodbine’s world-class turf course have had short, sometimes even abbreviated careers that leave Canada, and the world, wishing for more. Not so much with Mohammed Jaber’s Sheikhzayedroad (GB). A true warrior, the 8-year-old persists at the top of his game, while having also left an impressive mark in his two Ontario adventures.
Still in training, the David Simcock-conditioned bay gelding is currently clashing against the best stayers in the world, including a bang-up third in March 2017 in the rich Group II Dubai Gold Cup — beaten a mere length and a half by arguably the world’s best stayer in Varizabad — and a half-length triumph in last October’s Group II British Champions Day Long Distance Cup at Ascot. He is in a rare category as a horse considered a Woodbine legend, who may even return one more time to Canadian soil. 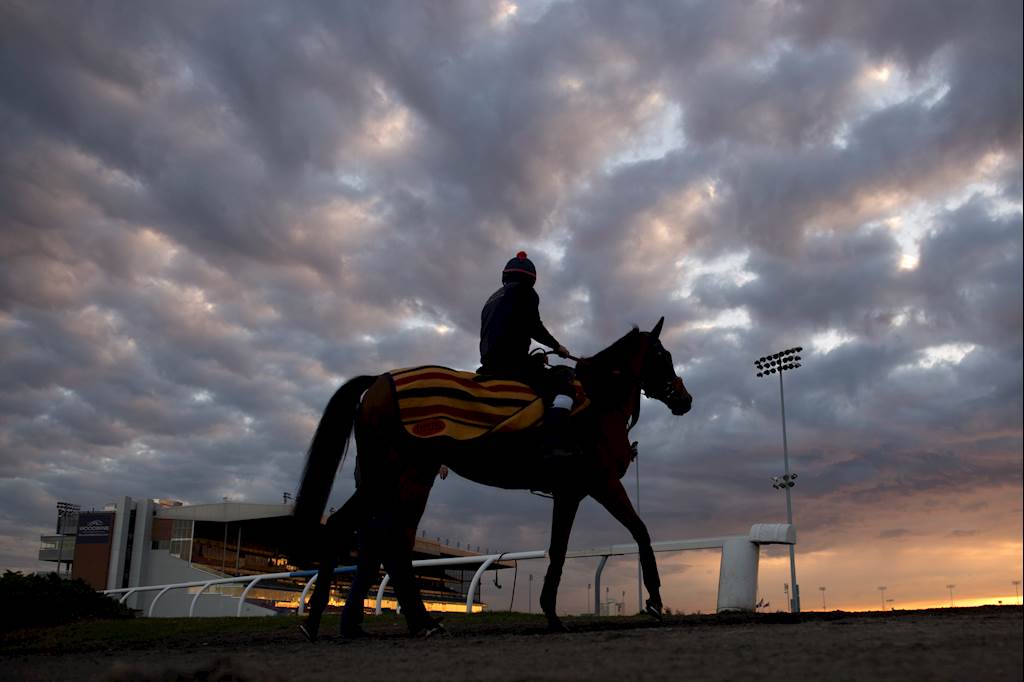 Both of Sheikhzayedroad’s aforementioned top recent efforts have come over a two-mile trip, but earlier in his career, the Great Britain-bred from the third crop of super-sire Dubawi (IRE) was no slouch at the popular 1 1/2-miles distance against the world’s best middle-distance turf stars. In his first trip to Woodbine, the winner of US$1,569,576 in purses was a valiant victor in the Grade I Northern Dancer in 2014 as a 5-year-old. Entering the race off a game victory over top-class mare Secret Gesture in the Group II Skybet York Stakes over 1 5/16 miles, ‘The Sheikh’ was bet down to 3-1 second-choice odds. Overcoming a slow start, he stamped himself as one of the best dogs in a fight with a gritty half-length win over Dynamic Sky. The victory was part of a massive afternoon for the Simcock yard, as the conditioner would land the Grade I Woodbine Mile later on with Trade Storm.

“He’s a great horse to deal with and has great character,” said Ian Russell, traveling head lad and assistant for Simcock. “As a 2-year-old, he was very much under the radar in terms of his work, but as time has gone on and his passport stamps have become more of a collection, he has developed a real kind, more mature personality, which a globe-trotting horse needs in the modern racing world. He really is a pleasure to deal with.
“Woodbine has been a very lucky hunting ground for us,” Russell continued. “Here in the U. K., Woodbine is very much a trip most racing staff want to visit. I’ve been lucky enough to travel some great horses to Woodbine and never came away empty-handed. Before winning the Northern Dancer, Sheikhzayedroad had already clocked up some impressive wins in Dubai, Newmarket (England) and a Group II event at York — so arriving in Canada with a real live chance was very exciting. Winning was the most fantastic feeling and then to win again two hours later with Trade Storm was unreal. Two Grade Is in two hours — I still look back at that day and think ‘how did we do that?’”
Nine starts, 13 months and three continents later, a 6-year-old Sheikhzayedroad would return to the land of maple leaves and proper ales for its famed course’s marquee turf showcase, the Grade I Canadian International over the same 12-furlong trip he proved so proficient a season prior Once again off slowly, the company proved a touch too much for the battle-hardened beast, checking in a game and gaining 2 1/2-length third behind top-class Sir Michael Stoute trainee Cannock Chase and Canadian Horse of the Year Up With the Birds. 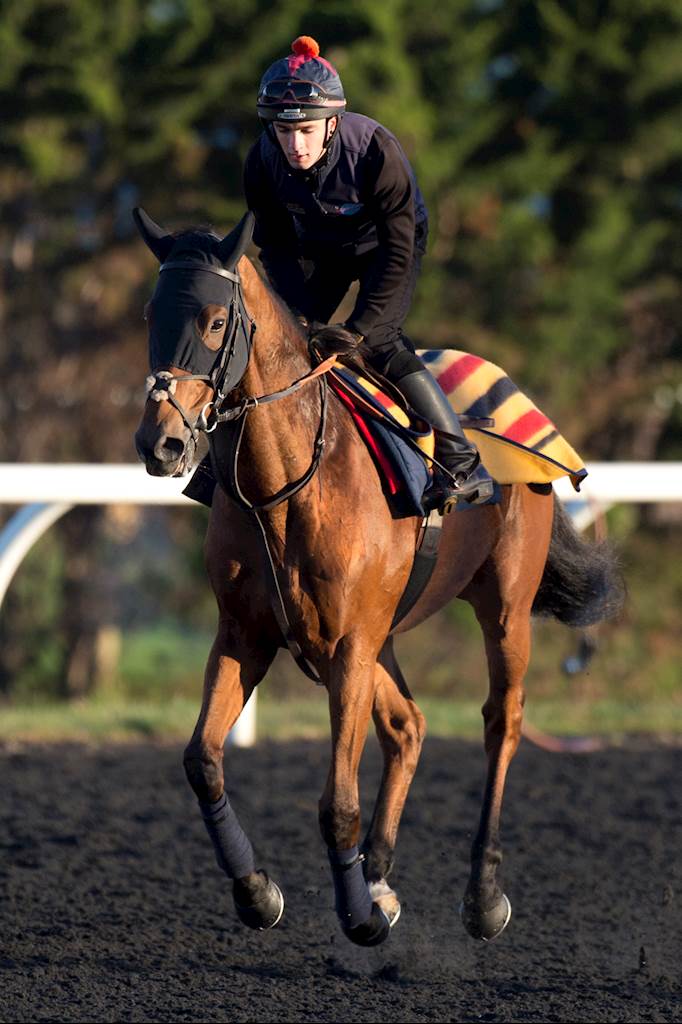 “The staff at Woodbine has always been very kind to me and for that I’m so grateful,” Russell said. “It’s a stressful week as there is so much at stake. From leaving the U. K. to arriving in Canada, I have 100% commitment to my horses. Making sure they arrive in good shape is something we all want, but I take personal pride in being professional while representing our team when away internationally. From the early morning feed to the late night check, you’re on your guard all the time, but winners are what we are about and what we want.
“Woodbine has a fantastic team of people who have always made my trips pleasurable,” he continued. “Steve Lym, Julie Bell and Karl Lagerborg have tough jobs and I cannot praise them enough for the help they provide. A lot of racecourses around the world could learn a thing or two from Woodbine and we’ll continue to invade as long as the races are there.”
Current plans are somewhat up in the air for Sheikhzayedroad, but a return to Canada is not out of the cards, considering his love for the unique course and affinity for traveling. Never racing on Lasix, the winner of 11 of 40 lifetime starts who has hit the board 25 times was last seen finishing mid-pack in sixth and seventh against the world’s best stayers in June’s Ascot Gold Cup and early August’s Goodwood Cup — both Group Is with fields of 14.
“What makes him so special is his brain,” Russell concluded. “His personality and character along with, most of all, his heart make him the horse he is; one of the most honest horses David Simcock trains, who always gives you 100%. He has a huge following in the U. K. and Dubai because of his likability and he’s really cool, of course. There’s only one SZR!”
*
Steeped in tradition, Woodbine’s world-famous turf races have been captured by some of the greats of the sport including recent Woodbine Mile champs Tepin and Wise Dan; the Hall of Fame mare All Along who captured the International in a standout campaign; and the incomparable Secretariat, who concluded his historic career with a runaway score in the 1973 edition of the International. Join us as we profile Titans of the Turf, highlighting those who have triumphed on the Woodbine green.
August 29, 2017. Titans Of The Turf: Dreaming Of Anna
September 4th, 2017. Titans Of The Turf: Tepin
September 7, 2017. Titans Of The Turf: Catch a Glimpse
September 11, 2017 – Titans Of The Turf: Wise Dan
September 15, 2017 – Titans Of The Turf: Shakespeare
September 30, 2017 – Titans Of The Turf: Champs Elysees
October 7, 2017 – Titans Of The Turf: Joshua Tree
October 9, 2017 – Titans Of The Turf: Secretariat
October 12, 2017 – Titans Of The Turf: All Along
October 20, 2017 – Titans Of The Turf: Leroidesanimaux​
Share This:
Share