TORONTO, May 25, 2018 – Woodbine horseplayers will be seeing more green very soon. While turf stakes racing is scheduled to begin this weekend on the world-renowned E.P. Taylor Turf Course, progress is well underway on the installation of the Toronto racetrack’s second complimentary turf track.

The removal of the Standardbred racing surface, consisting of crushed trap rock, took place over four weeks. Approximately 12,000 metric tonnes of mixed trap rock and limestone material have been removed and the track has been shaved down on the outside of the graded turns by approximately three feet.

“Right now, they have done all the dirt work,” reported Irwin Driedger, Director of Thoroughbred Racing Surfaces & Fleet at Woodbine Entertainment. “The track has now been lowered to the level it will be when the turf is added. The old track had a 12 per cent slope on the turns and this new turf track will have a six per cent slope on the turns, so it’s been lowered a lot.

“Basically, the track kind of looks like a bathtub right now. There’s about a 16-inch ledge on both the outside and the inside. So what’s going to happen now is the irrigation is going in and once the irrigation and the drainage get far enough ahead, say an eighth of a mile ahead, then the growing medium will start to follow and the sod will follow the growing medium.”

The turf track will have a vertical drainage system, which will provide quick drainage when it rains and ultimately keep more races on the turf when weather conditions are not ideal.

Woodbine’s new turf track will consist mostly of Kentucky Bluegrass, a perennial cold weather, low-growing grass best suited for Ontario’s climate. The turf has been growing on a sod farm about a half-hour north of the racetrack since 2015 and is fully matured and ready to be harvested. It will be cut into long strips of sod then it will be laid down on the track, which will be built in 500-foot increments.

“We’re hoping to start laying sod the first week of June and we’re hoping to have the front side completed by this year’s Queen’s Plate,” said Dreidger. “It’s going to depend a lot on the weather, but our plan is to be racing on it by The Queen’s Plate in 2019.”

The complex project involves the coordination of many teams working around schedules that avoid disruption to Woodbine’s current Thoroughbred racing meet.

“We have one contractor that overseas everything, but then there are several other sub-contractors,” said Dreidger. “The contractors are accustomed to building golf courses so they’re the same type of people that would build the best golf courses in Ontario and throughout Canada. There’s a lot of different parts that have to be coordinated for this all to work.”

With the appeal turf racing has to both fans and horsepeople, the second course will provide Woodbine with the opportunity to grow its racing product and become the premier turf destination in North America. 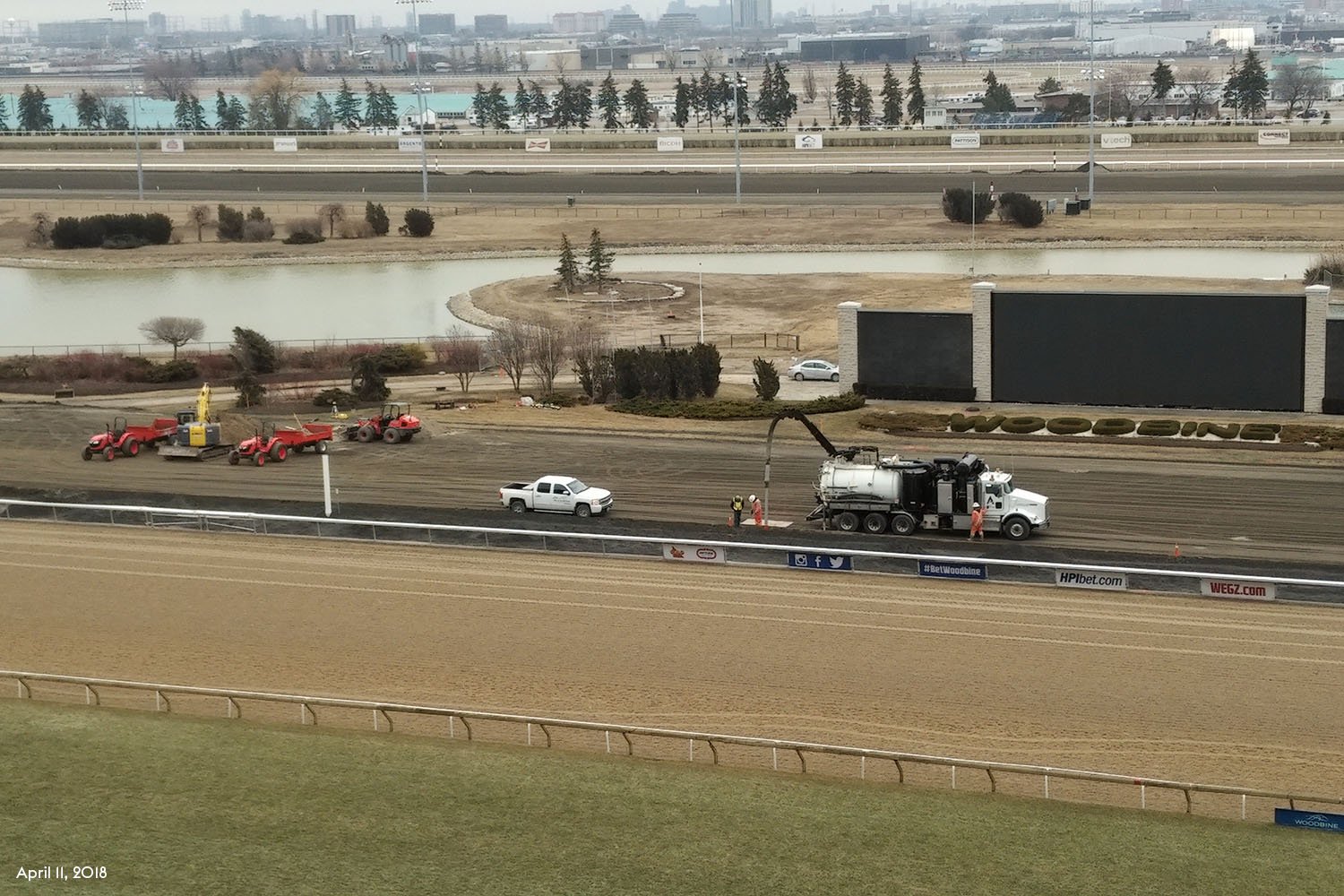 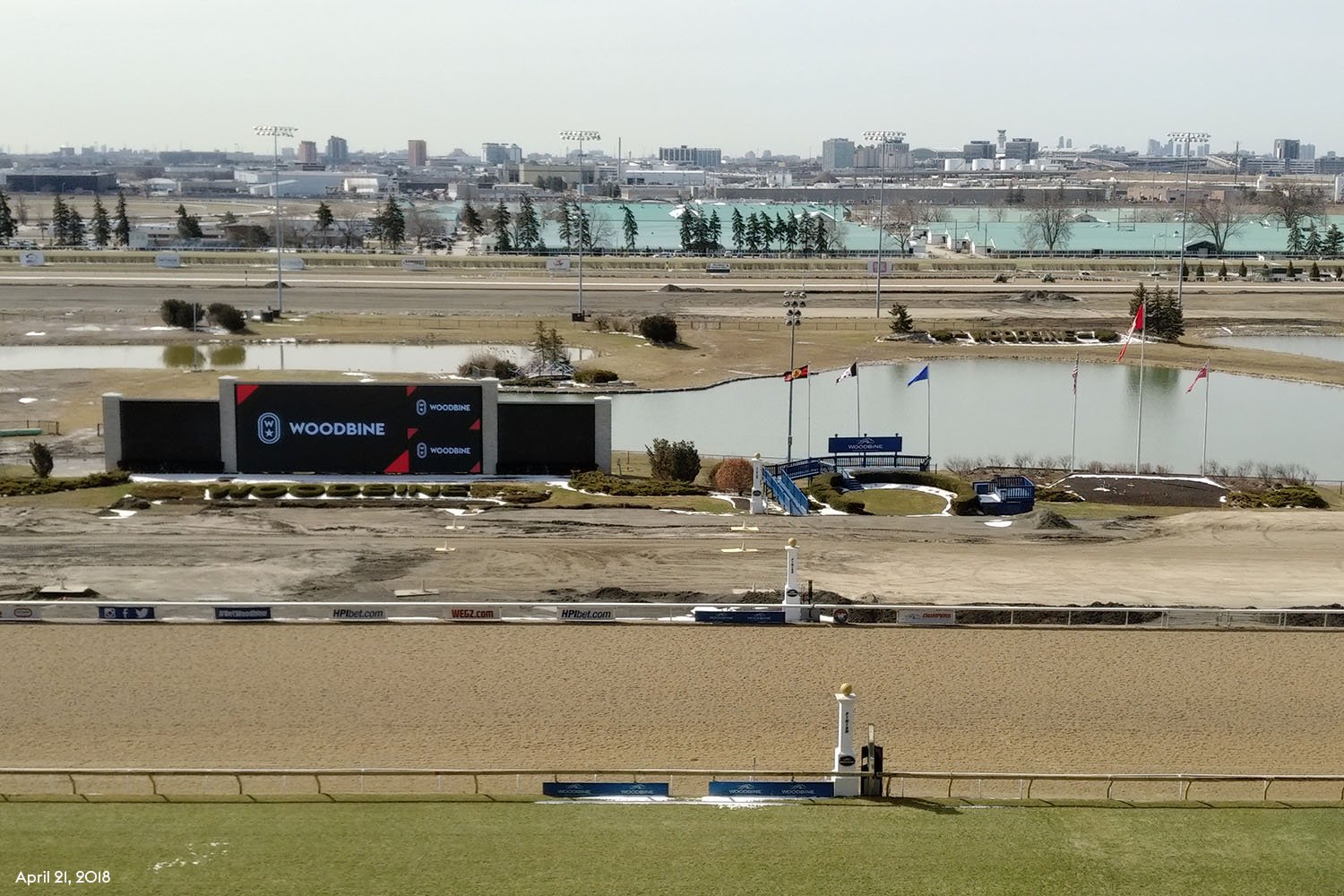 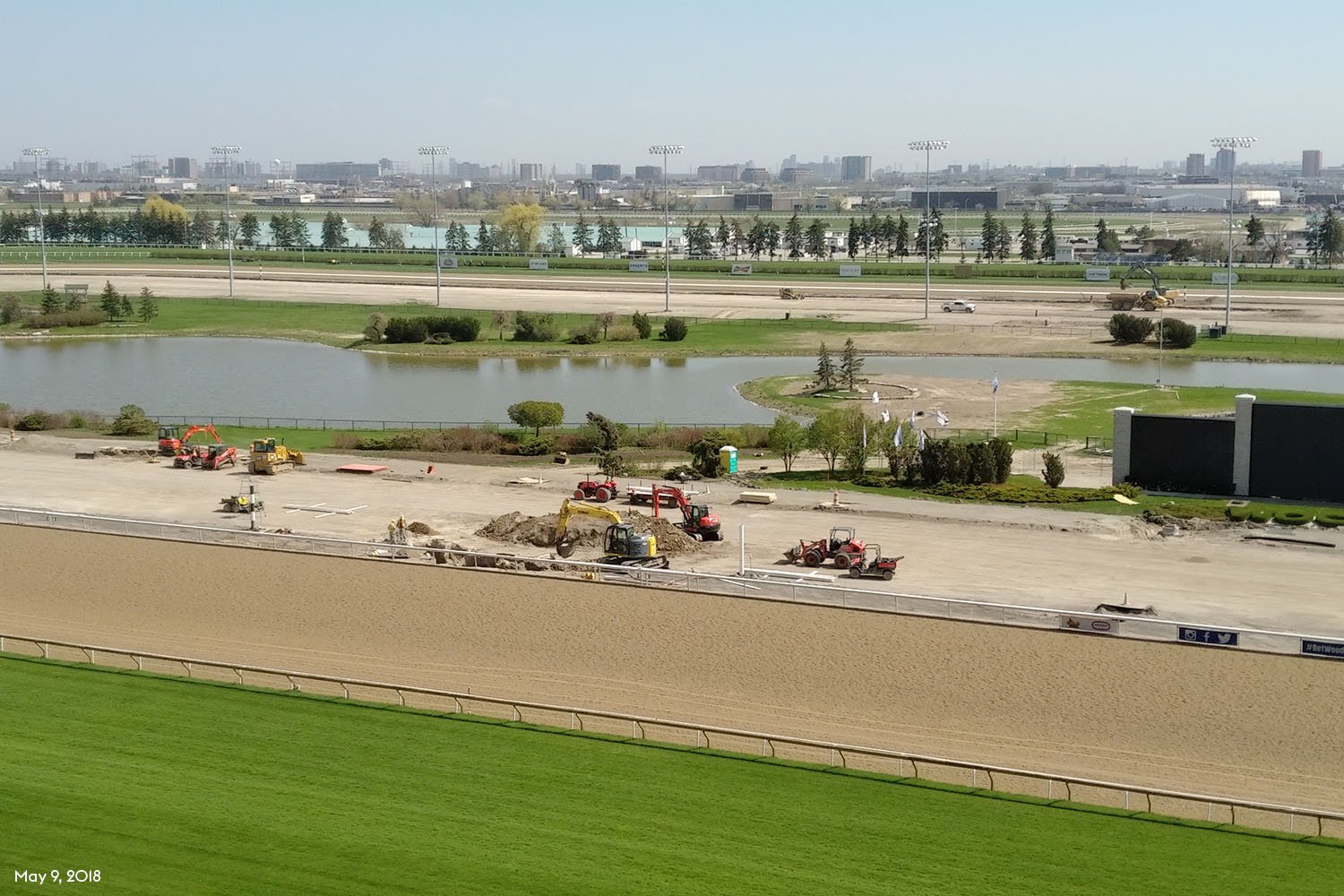 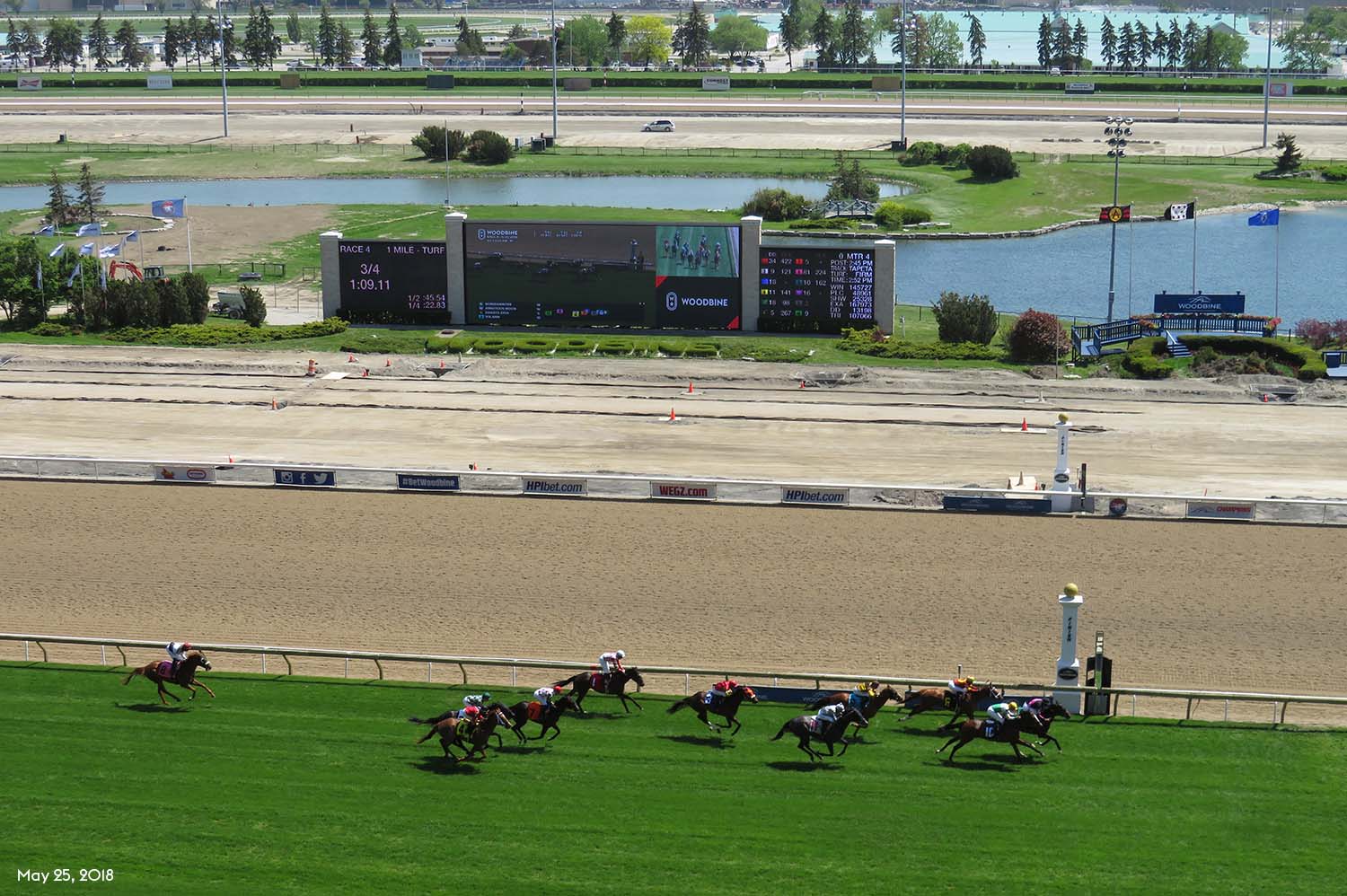