Trained by Stuart Simon, the four-year-old son of Speightstown comes into the seven-furlong turf test off a game second-place effort to reigning Horse of the Year, Pink Lloyd, in the Grade 3 Vigil Stakes. 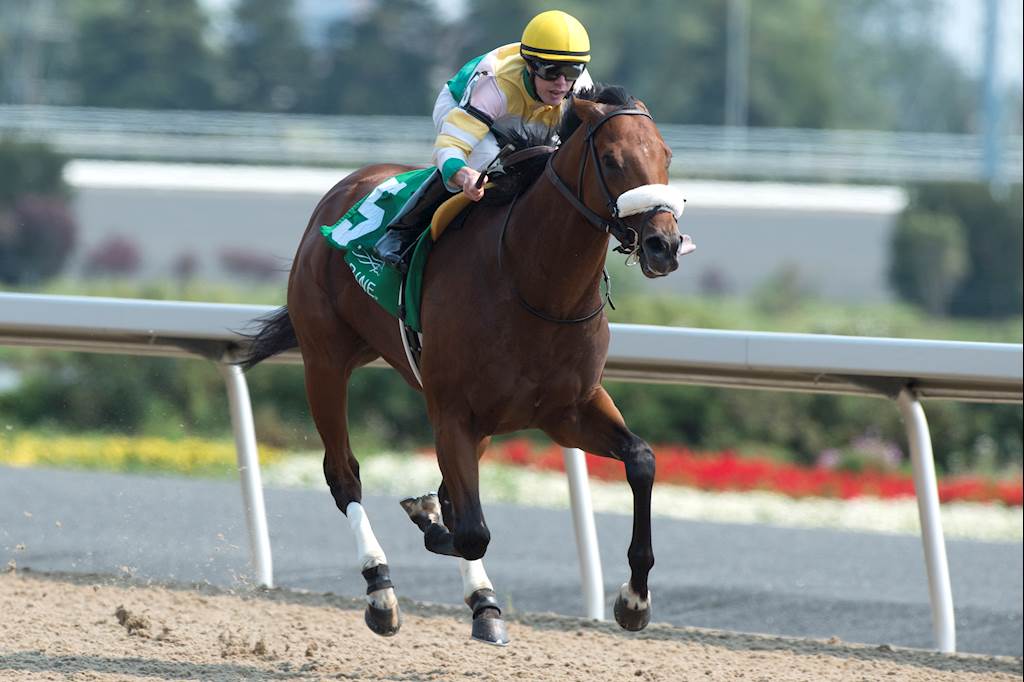 Under Jesse Campbell, Yorkton took the lead at the start of the six-furlong race, before Pink Lloyd grabbed a head advantage at the stretch call. At the wire, Yorkton was two lengths back of the multiple stakes winning champion.

“He didn’t give up and kept on trying to the finish,” said Simon of the July 29 added-money contest at Woodbine. “He dug in and gave everything he had. Hopefully, he brings that same kind of performance into this race.”

A lifetime winner of five races, along with a second and two thirds from 17 career starts, Yorkton is no stranger to the E.P. Taylor Turf Course.

Last year, the bay eked out a neck win in the one-mile Charlie Barley Stakes. This year, he was fourth to Caribou Club in the Grade 2 Connaught Cup Stakes.

“He doesn’t mind the turf at all,” offered Simon of the horse who also won the 2017 (main track) Queenston Stakes. “But he likes it firm.”

The conditioner, who has 781 lifetime wins, isn’t worried about how the race happens to unfold.

“If the pace is slow, he doesn’t mind being on the lead,” started Simon. “If it’s a faster pace, he can lay off the leaders and make his run. He’s a very versatile horse and whatever the situation, he’s comfortable.”

He’s also the type of horse any trainer would like to have in their barn.

“He’s got quirks just like any other horse does, but he gives an honest effort every time he races,” praised Simon, who will send out Bold Script in Saturday’s co-featured Catch a Glimpse Stakes. “That’s what you hope for in a horse, one that tries each race. And that’s what he does.”

Last year, Conquest Panthera, with Patrick Husbands in the irons, won the Play the King.

The Play the King is set for Race 8 on Saturday’s 10-race card, which also features the $100,000 Catch a Glimpse Stakes (Race 6). First post time is 1 p.m. Fans can watch and wager on all the action via HPIBet.Com.

FIELD FOR THE PLAY THE KING STAKES