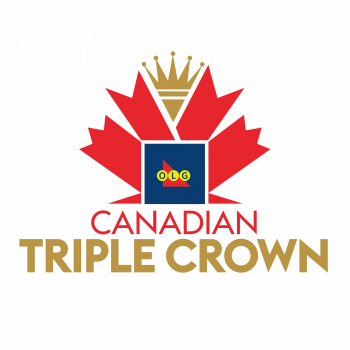 TORONTO, August 6, 2021 – Woodbine Entertainment today released its latest edition of Power Rankings for the 162nd running of the Queen’s Plate.

The 162nd Queen’s Plate will take place on Sunday, August 22 at Woodbine Racetrack. Canada’s most famous horse race will launch the 2021 OLG Canadian Triple Crown, which includes the Prince of Wales on September 14 at Fort Erie and the Breeders’ Stakes on October 3 at Woodbine.

The Power Rankings highlight the most talented three-year-old Thoroughbreds eligible to enter for a spot in the $1-million race. Votes are cast by expert horseplayers and racing personalities from Woodbine and the Daily Racing Form: Jeff Bratt, Robert Geller, Ron Gierkink, Jason Portuondo, Monique Vág and Mark McKelvie. The rankings are based on votes following a points system (five points for a first-place vote, four points for second-place vote, etc.) for top five selections, and honourable mentions.

After receiving all first-place votes in Woodbine’s first power rankings, Weyburn remains in top spot on the list, receiving five of the six first-place votes. The Jimmy Jerkens trainee ran last weekend in the Grade 2 Jim Dandy at Saratoga, finishing a disappointing fourth in a five-horse field. The Chiefswood Stables Limited homebred was making his first start since a runner-up effort in the TVG.com Pegasus Stakes on June 13 at Monmouth.

Weyburn now sports a career record of two wins, two seconds and $343,520 earned in seven career outings. The Grade 1 Travers was on the radar for Weyburn, but his most recent outing does open the possibility of his connections changing paths and considering an appearance in the $1-million Queen’s Plate.

Keep Grinding moves up from number three to two in the latest rankings. The Tino Attard trainee has not run since a runner-up finish in the Grade 3 Marine Stakes on July 11. Keep Grinding most recently breezed six-furlongs in 1:15.60 over Woodbine’s tapeta surface on August 1.

The entry box for the 162nd Queen’s Plate closes the morning of Wednesday, August 18.

The 162nd Queen’s Plate is scheduled for Sunday, August 22 at Woodbine Racetrack. Tickets are currently on sale and Woodbine will be announcing further event details next week. Fans can track the Power Rankings and all information regarding the Queen’s Plate by visiting QueensPlate.com and on Woodbine Entertainment’s social media platforms via @WoodbineTB.

“Jim Dandy defeat doesn’t blemish his Canadian resume. Still the horse to beat if (his connections) call an audible and show up for the Queen’s Plate.” – Jason Portuondo

“His disappointing effort in the Jim Dandy improves his chances of coming north.” – Jeff Bratt

“Runner up in the Marine is training up to the Queen’s Plate.” – Jeff Bratt

“Will be facing easier (than recent starts) in the Queen’s Plate.” – Jeff Bratt