Casse sends out three in pursuit of fifth Alywow crown

Ten three-year-old fillies will navigate the E.P. Taylor Turf Course in pursuit of the lion’s share of the $100,000 Alywow purse, a group that includes the Casse trio of Adversity, Diabolic (IRE) and Lemieux.

Bred in New York by Chester and Mary Broman, Adversity will be making her sixth career start and first appearance at Woodbine.

The daughter of Arrogate-Artemis Agrotera is a two-time winner, including a maiden-breaking score last September over a sloppy main strip at Saratoga.

Owned by D.J. Stable LLC, Adversity arrives at the Alywow off a fourth to Sterling Silver in the Bouwerie Stakes at Belmont on May 30.

“She’s a really well-bred filly,” said Casse. “We’ve been running her in New York. She has a great pedigree and we’re looking for a place to get her some black type. Those [her two wins] were very nice. I ran her on the grass in her first start and we’re going to throw that one out and say she was a little confused. She came back and worked really nice on the grass (4 furlongs, breezing, in :48.40, on July 3 at Woodbine).” 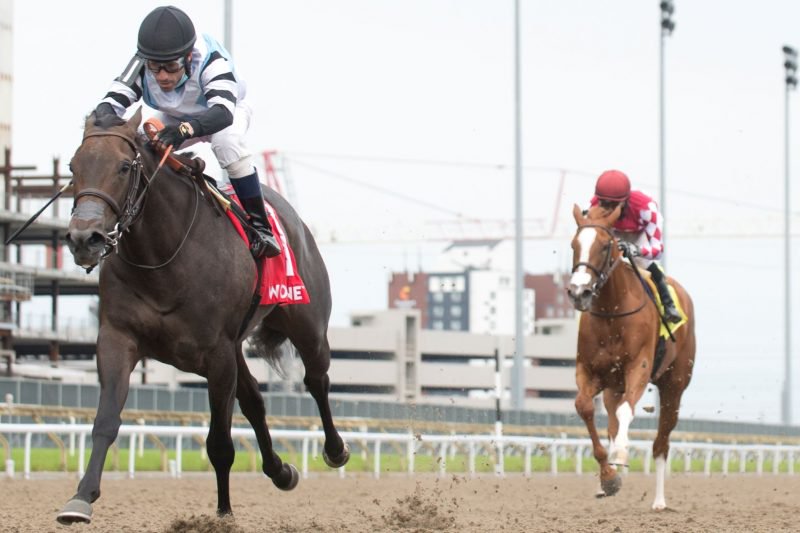 Diabolic (IRE), Under Antonio Gallardo, Winning The 2021 Edition Of The My Dear Stakes At Woodbine. (Michael Burns Photo)Diabolic (IRE), a three-time winner from five starts, will chase her third stakes title on Saturday.

The daughter of Dark Angel (IRE)-Seafront (GB) took the 2021 editions of the My Dear Stakes, at 5 ½ panels over the Woodbine Tapeta, and the 6 ½-furlong Catch a Glimpse Stakes, contested on the E.P. Taylor Turf Course.

Owned by D.J. Stable LLC and Nexus Racing Club, Diabolic, who concluded her rookie campaign with a fifth in the Grade 1 turf Natalma Stakes, finished third in her three-year-old debut, the 6-furlong Star Shoot Stakes on April 30.

“Obviously, she’s a nice filly, and I thought she ran really well in that first start back this year. She’s training well and she should be tough.”

Bred in Florida by Westbury Stables LLC, Lemieux will also test out the Woodbine turf for the first time in her career.

The Alywow will mark the sixth straight stakes engagement for the daughter of Nyquist-Polish a Diamond, who has two wins and two seconds from eight lifetime starts.

“The one that is kind of the dark horse is Lemieux. She trains like a really good horse and has shown, on some occasions, real ability. She’s been hit or miss, but she’s training really well coming up to the race.”

The Alywow Stakes is named for the talented turf performer who was Canada’s Horse of the Year in 1994 for owner Kinghaven Farms and trainer Roger Attfield. Alywow was inducted into the Canadian Horse Racing Hall of Fame in 2009.

Listed as race seven, the Alywow is part of a 10-race Saturday card. First post is 1:10 p.m. Fans can watch and wager on all the action through HPIbet.com and the Dark Horse Bets app.