TORONTO, January 30, 2018 – Welcome to the seventh edition of the weekly Woodbine Snowbirds Report, now in its seventh year, chronicling the winter adventures of Woodbine-based trainers and jockeys currently plying their trade south of the border. 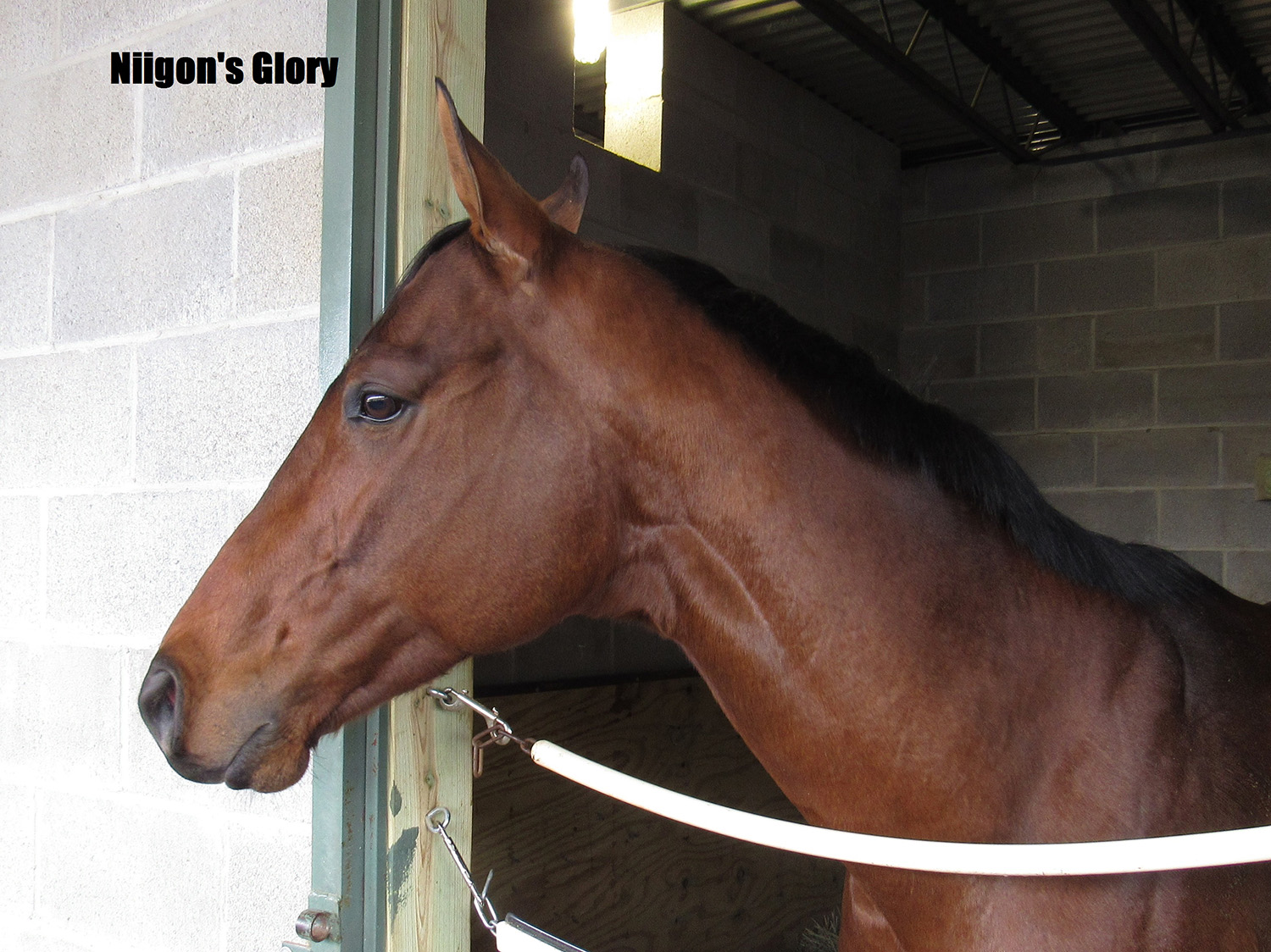 This week, we check in with Woodbine’s 2017 leading trainer Norm McKnight, who’s beginning to heat up at his winter home at Oaklawn Park in Hot Springs, Arkansas. McKnight picked up three winners from eight starters last week, his first three wins of the Oaklawn meet, and said things are starting to come around after going six starters without a win to start his winter campaign.

“We struggled a little bit,” he said. “A lot of it is because I was placing horses in spots that they shouldn’t be because I wanted to give a lot of them a run over the track just to see if the dirt was going to move any of them up. I’ve just been a little cautious about where I place them because they are claim happy here. They love to claim so I don’t want to give anything away. We’re using a lot of first and second starts just to feel them out and see how they get over the surface.”

McKnight picked up winners from Smart Spree on January 25, Wicked West on January 26, and Niigon’s Glory on January 27 last week.

“We had a couple here – Smart Spree and Niigon’s Glory – that the dirt definitely moved them up,” McKnight said. “They both looked like the dirt is what they prefer because they both ran huge races.”

“The whole season itself is very gratifying with the results we were able to produce,” McKnight said. “It was great. I didn’t think it was attainable until the last day virtually. We had six runners in and they were all live. It was a magical day. The horses just came out and they ran right through their bridles. They came with their ‘A’ game.” 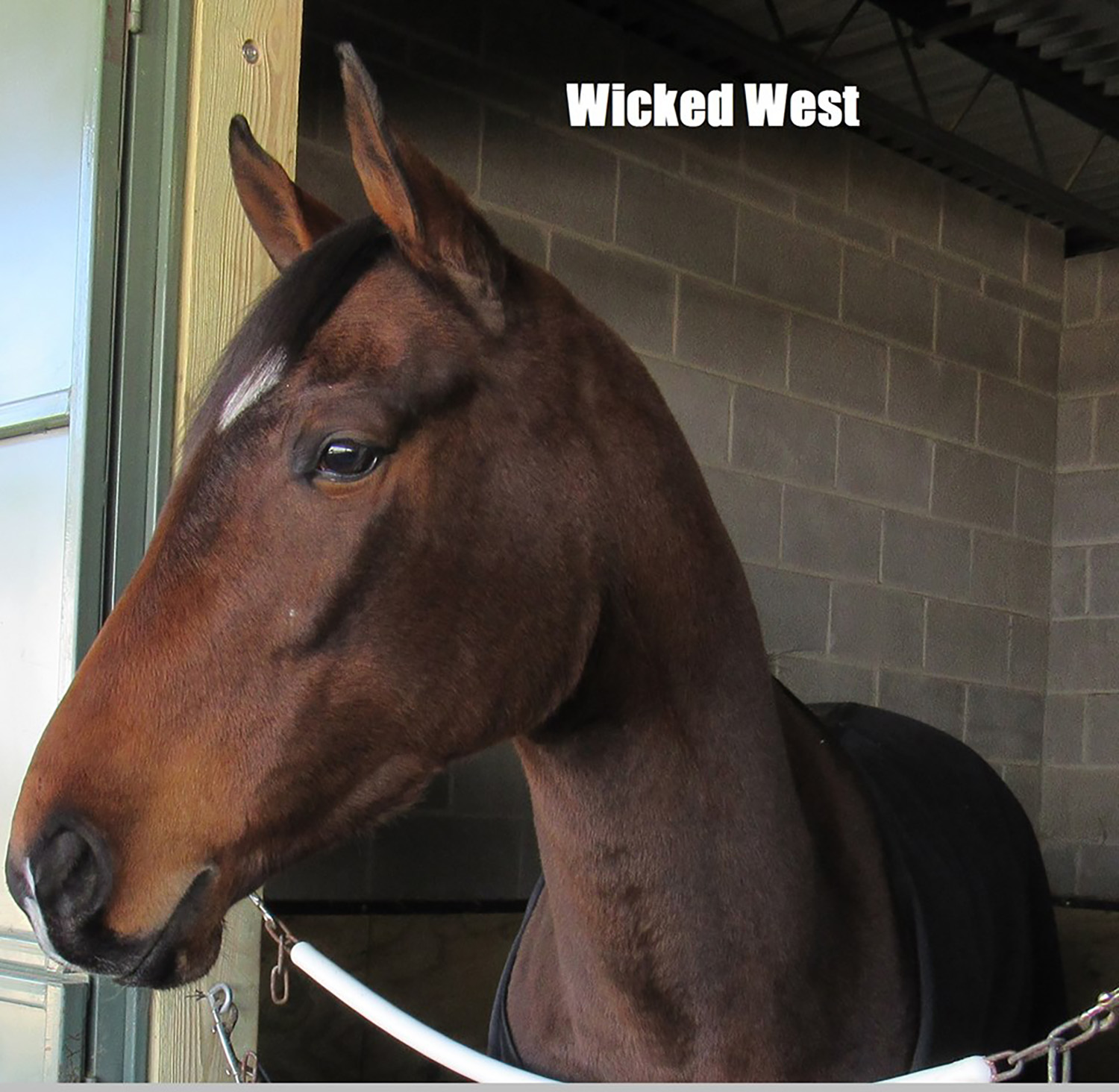 Historically, McKnight has taken the winter off following the Woodbine season, but wanted to keep the momentum going this year after a strong season.

“My stable grew exponentially, and historically, I don’t usually go away in the winter time because I could never justify it financially,” he said. “It’s a very expensive move. This year, with the way the business has grown and the momentum that we had, I thought it was the right thing to do to try and continue to build our business.”

McKnight considered a number of racetracks before settling on Oaklawn Park as his winter home this season.

“I looked at New York, I looked at New Orleans and I looked at Oaklawn,” he said. “For the purse money versus competition versus the type of racehorse that we have, it was the best fit for our stable. I was a little cautious coming into this because all of my horses have typically just raced on the Tapeta or the Polytrack, so I didn’t know how the transition to dirt was going to work. We did try to focus our claiming towards the end of the year on horses that we thought were bred for dirt and when they had been on dirt they had run very well.”

McKnight has a 24-horse string with him at Oaklawn this winter, and will be looking to continue strong results he saw last week. He’s already had three horses claimed off of him, while claiming a couple himself, and said several trainers have commented on the condition of his horses during morning training.

“I’m optimistic,” he said. “I’ve had other trainers standing out there watching their own animals and ours are going by. I’ve had a couple of different trainers comment to me, ‘You’ve got some good looking horses with you.’ They’re not bad for Canadian-breds. Horses out of Canada, they’re ok.”

Two other Woodbine trainers made it to the winner’s circle last week, including Mark Casse, who looks to have a serious Queen’s Plate contender on his hands in Neepawa. Neepawa broke his maiden over 1 1/16-miles on turf at Gulfstream Park on January 27. Casse’s other winner of the week was Phenomenal Gem, who won on the same day at Tampa Bay Downs. In all, Casse recorded two winners, one runner-up finish, and two third-place finishes from 15 starters last week.

Ismael Mosqueira won a pair of races from seven starters at Turf Paradise last week with Big Eight on January 23 and Unfolded Magic on January 27.

Alan Garcia won with his only mount at Oaklawn Park last week, as Naples Mist was victorious on January 25.

Kirk Johnson recorded a win and a runner-up finish from 12 starters at Mahoning Valley last week, as Barnesland won the 10th race on January 22.

Rafael Hernandez recorded a runner-up and a third-place finish from 10 starters between Aqueduct and Gulfstream Park last week.

Michelle Rainford had a pair of mounts at Penn National last week.

Here’s a look at how the other Woodbine trainers fared last week, in alphabetical order, starting with Willie Armata, who recorded a pair of runner-up finishes from Friendship Ring on January 25 and Donnas Sweet Heart on January 27 at Penn National.

Roger Attfield had a pair of stakes starters on the Pegasus World Cup day undercard at Gulfstream Park on January 27, including Final Copy (ninth) in the Grade 3 W. L. McKnight Handicap and Ghostly Presence (11th) in the South Beach Stakes.

Nick Caruso sent out Spring Chicken to a seventh-place finish at Penn National on January 25.

Scott Fairlie sent out a pair of starters at Penn National last week, including My Pal Katherine (ninth, Jan. 25) and Get Saucy (12th, Jan. 25).

Shane Learn sent out Lake Marion to a seventh-place finish on January 24 at Tampa Bay Downs.

John Mattine sent out Friendly Giant to a 13th-place finish at Gulfstream Park on January 27.

Steve Owens hit the board with his only starter at Gulfstream Park last week as Leroids Mommie finished third on January 26.

John Simms had two of his three runners hit the board at Tampa Bay Downs last week, including Gold Shark, who ran second on January 26, and Mojo Rising, who ran third on January 24. Simms also sent out Magic Holiday to an eighth-place finish on January 26.

Michael Wright recorded a runner-up finish from two starters at Tampa Bay Downs last week, as Greenfield finished second on January 27. Wright’s other starter of the week, Dash of Dazzle, ran ninth on the January 27 card.